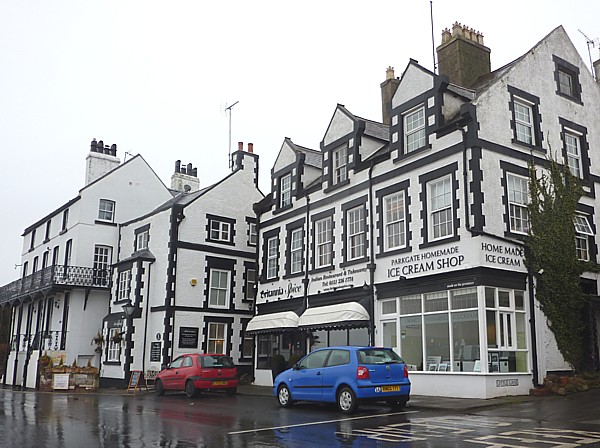 There was a high tide at Parkgate today, but the weather wasn’t promising.  It was overcast when we met and was supposed to rain hard all day, although the weather maps on the BBC showed a small clear patch in South Wirral. Despite our hopes for a dry window, the rain started at 10.15 while we were at the bus stop in Sir Thomas Street. 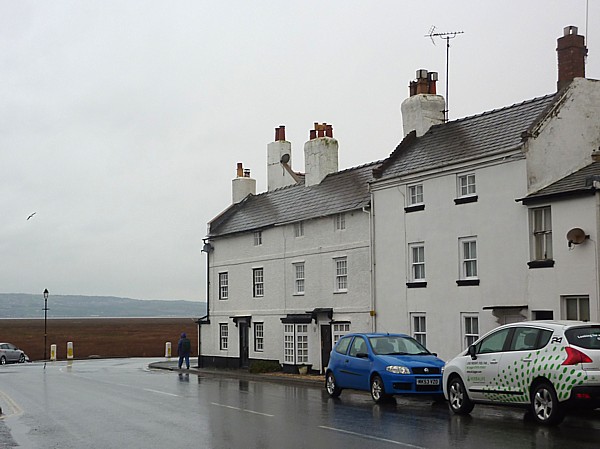 When we disembarked just before the Old Quay restaurant, a very thin cold rain was falling. But there were Long-tailed Tits in the hedges, and on the fence opposite we found some sort of cocoon. It was three quarters of an inch in height (2 cm). The brown loopy thing may not be part of the structure, just a bit of plant that has fallen and stuck. We touched it gently and it was quite hard and firm. Whatever made it might still be in there. Some kind of moth or beetle? Anyone know? (Added later. Regular reader Susan thinks it might be a spider egg mass, most likely the Garden Cross Spider.  She says “I have one like it inside my green wheelie bin. I watched the female stand guard for over a month – unfortunately she went when the bin was emptied. The cocoon is still there and the young will hatch in Spring. They are quite fascinating to watch as they form a group but if touched will scatter and then reform. ” 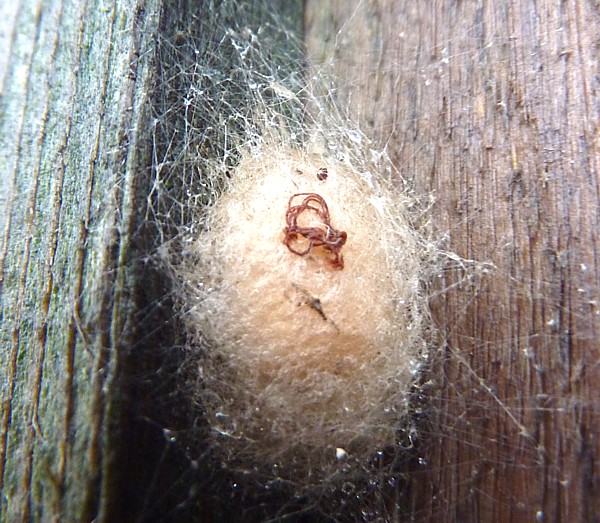 The RSPB were out in force at the Donkey Stand and at the Old Baths car park. On the marsh we saw Teal, Mallard, Lesser Black-backed Gulls, Black-headed Gulls, Lapwing, Oystercatchers, Wood Pigeons, Starlings and two Little Egrets. It was very cold and bleak, and not much fun at all. 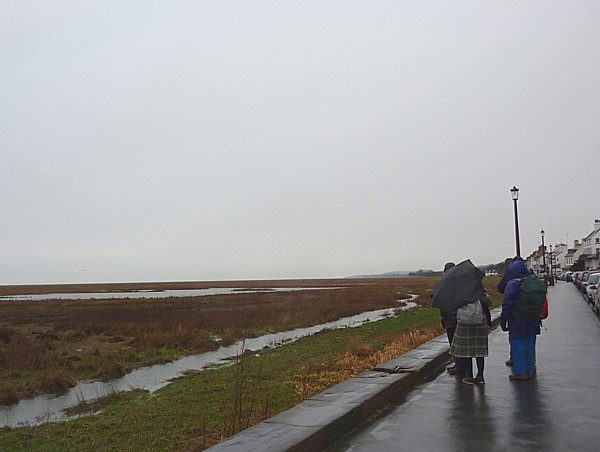 As we walked towards the Old Baths we commented on the way the quayside stones were worn and wondered how many years it had taken. According to the display at the Donkey Stand the composer Handel returned from Ireland to Parkgate in 1742 so perhaps the low wall at the edge of the marsh is still the same one, now over 273 years old. 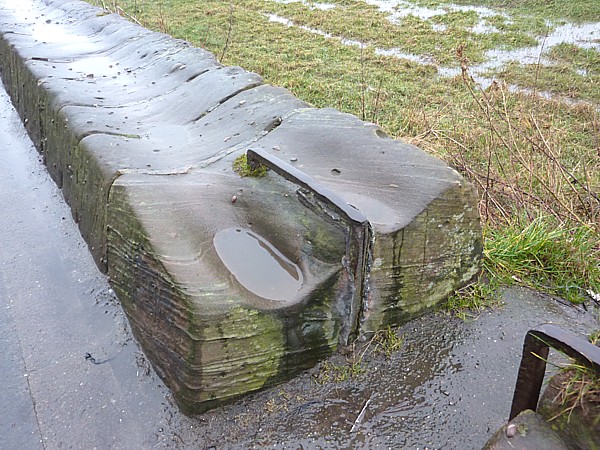 Growing on the marsh against the sea wall was this plant, which we think might be Sea Kale, although the leaf edges aren’t really curly enough. Is it perhaps Sea Beet? 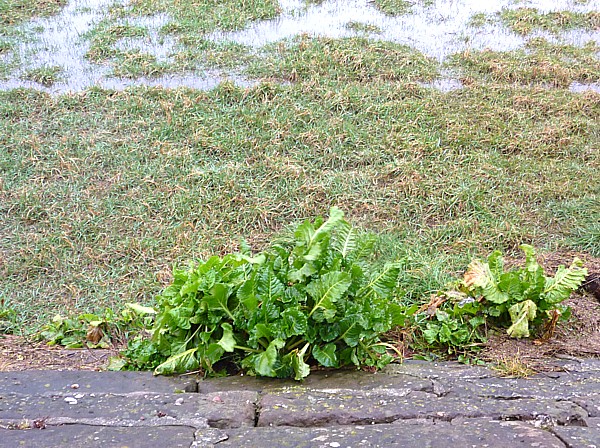 We had lunch on the seats outside St Thomas’s church. Gosh, it was cold and raw! It was still raining gently, with cold gusts off the marsh. We had rather hoped to get into the church to eat our sandwiches, but the church was packed because a christening was going on, and there was nowhere for us to hide. Afterwards we headed towards the Boat House car park. High tide was to be at 1.30, but it didn’t seem to be coming up very far. We have seen better height of water with escaping small mammals at the Old Quay itself (south of Parkgate) and also further north by the golf course. The only flowers were some Gorse, a few bedraggles Daisies on the verges and Snowdrops on the bank beyond the Boat House and in the church garden. 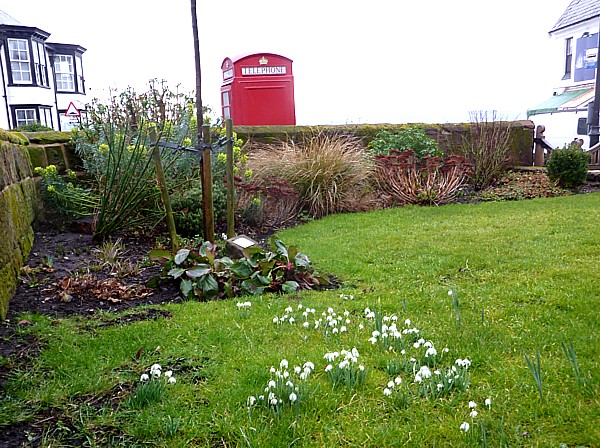 At the Old Baths there was a cluster of people with telescopes, braving the worsening rain. A call went up for a Hen Harrier, very far out near the edge of the Dee. I saw it, but I’d never have identified it myself. We also saw a very distant Great White Egret, just a white blob a long way out.   None of us was having much fun, it was too cold, so we decided not to wait for the actual high tide (which was probably going to be underwhelming), nor to stay for the 3.30 bus, so we dashed off for the nice warm bus at 1.30.

Public transport details: Bus 487 from Sir Thomas Street, arriving Parkgate 11.20.  Buses back to Liverpool are only two-hourly on a Sunday, and although we usually get the 3.30, today we got the 1.30 bus 487, arriving back in Liverpool at 2.20.