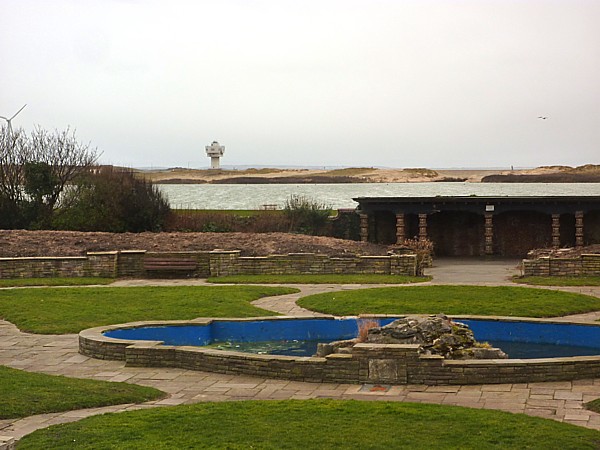 This morning I walked to Waterloo from my home in Crosby, through Victoria Park. The long hedge (about 100m) at the south-east corner is full of chirping House Sparrows, so it must be a large colony, with many dozens of birds. The miniature Daffodils were out. 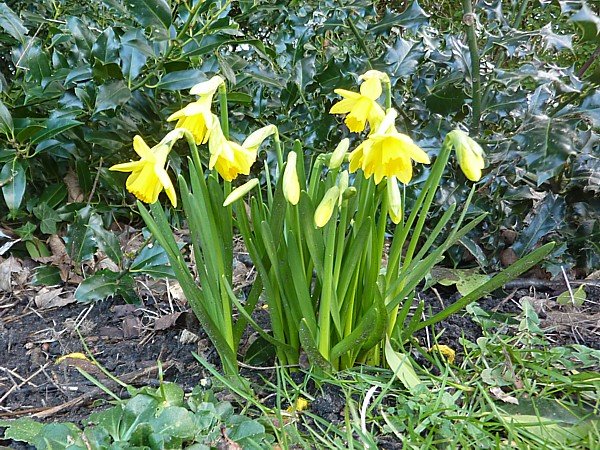 The sun was bright, but the wind was cold and gusty, and the forecast promised rain or even hail later. We noticed that the dilapidated old public toilets at the beach end of South Road have now been redeveloped into a café called Waterloo Place, and it seemed to be quite busy. 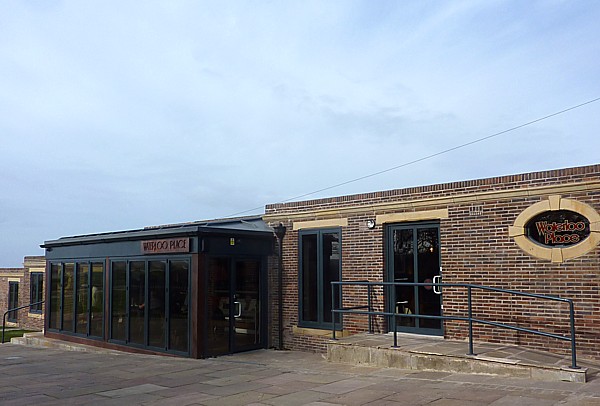 The Boating Lake had the usual Black-headed Gulls (some with full black heads already), Herring Gulls, Mallards, Coots, Tufted Duck and a pair of Mute Swans. Both Swans had BTO rings, but only one had a Darvic ring – blue, right, DT6. We know this bird. We spotted it in company with another one on the Leeds-Liverpool Canal near Sandhills Station on 10th March 2013, and Wes Halton of the North West Swan Study told me it had been ringed at Sefton Park when it was a cygnet, on 23rd November 2011. It’s still a young bird, less than 4 years old. (Added later, the North West Swan Study tells me that since our sighting on the Canal in 2013, this bird has also been reported by others from Sefton Park and Seaforth Marina – presumably the Marine Lake where we saw it this time.) 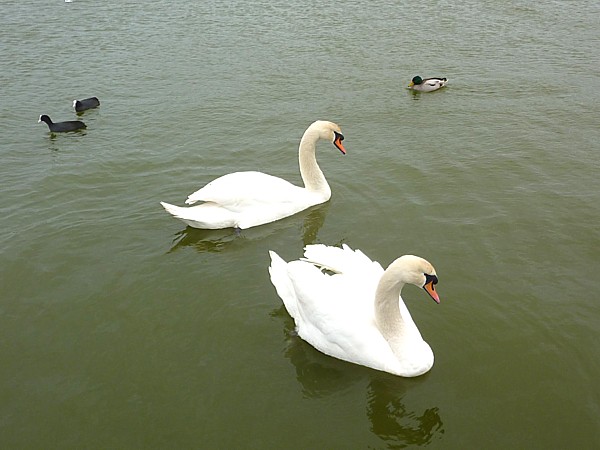 After our mini-twitch at New Brighton two weeks ago, we were hunting for another rare bird, a Long-Tailed Duck. It has been at Waterloo since 7th December, but it hasn’t been reported for a couple of weeks, so we feared it would be gone. We scanned the Marine Lake. There was a Cormorant swimming and diving and a Great Crested Grebe a long way out. Then Sabena spotted it, at the north end of the OTHER lake, the Boating Lake, in amongst some Tufted Duck. It was feeding, so was only up for a few moments at a time, before diving again. It had black on the top of its head, so it’s a winter-plumaged female. (It’s the bird on the left, below, with two Tufties)

Over the noise of the wind we could just hear a Skylark singing (a welcome sign of Spring) and then we saw two of them go down into the grass. There were Pied Wagtails flying about, a Common Gull on the lawn, Redshanks and a Lesser Black-backed Gull at the north end of the small lake, a flock of Starlings rising and falling, and about half a dozen Black-tailed Godwits flying over. It was too windy to go onto the prom or the beach, without being sand-blasted, so we headed for the beachfront gardens for lunch.

Then we worked our way northwards through the gardens, looking for flowers. On the rockery in Marine Garden there were clumps of Heather in flower. Not sure which one this is, although neither Common Heather or Bell Heather are supposed to flower until June. I think this must be some cultivated variety, and just look at those anthers and stigmas sticking out! 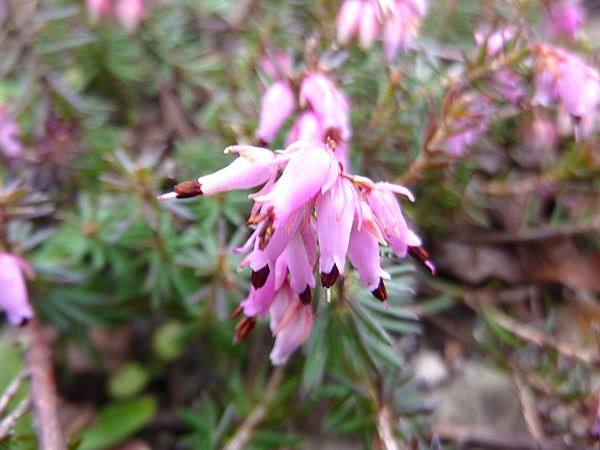 The Flowering Currant had its first few flowers out and there were a few trees with no leaves but early blossom. They definitely weren’t Blackthorn, and we concluded they must be some form of early-flowering Cherry. 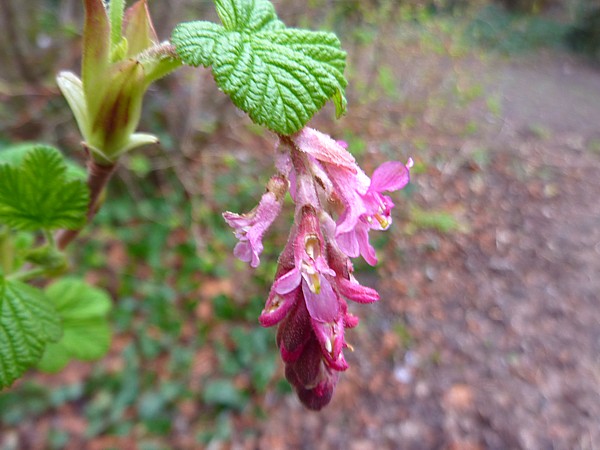 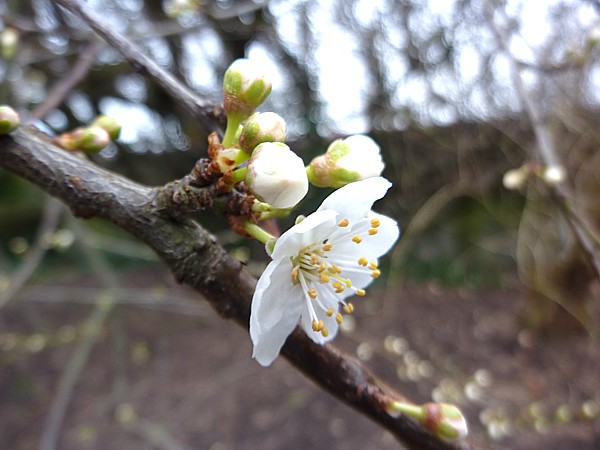 The Daffs were nearly out, and there were clumps of Crocus and Snowdrop. In Crescent Garden, the Friends have been doing a lot of work, with many bare borders. One circular bed had Gorse and Euphorbia flowering. 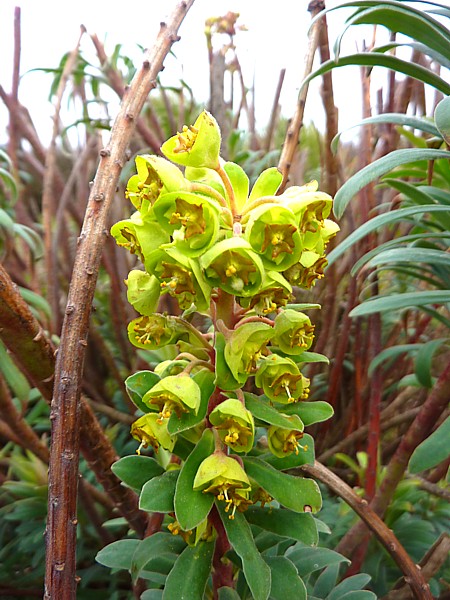 High up was a tree bearing red flowers almost straight off the branches. (this is known as “cauliflory”, a habit shared with Cocoa  trees and Judas Trees). We decided it was a Quince bush that had been allowed to overgrow. 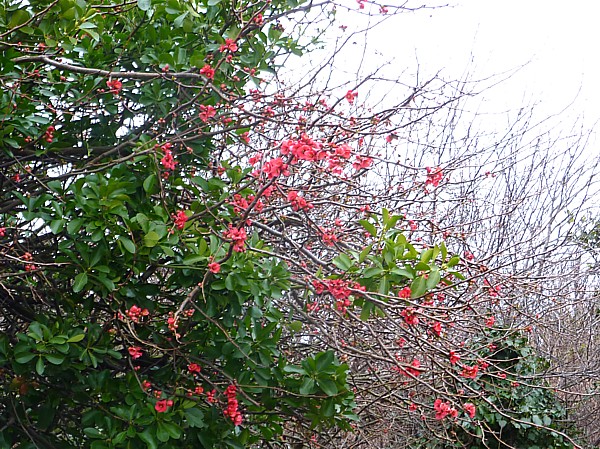 Something on the lawn was attracting the attention of a Carrion Crow, while a Wood Pigeon huddled in a tree. 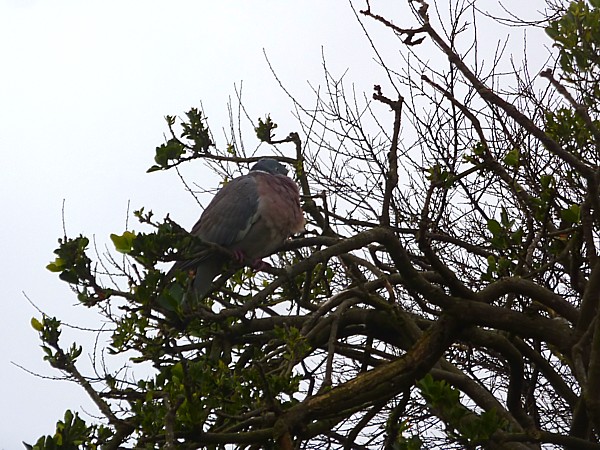 While we were in Adelaide Garden it started to rain, as promised. We did a quick tour of the northernmost garden, Beach Lawn, to check the pond, but there was nothing interesting that we could see.  A house at that end was flying a (tangled) Welsh flag in honour of St David’s Day, and we spotted the blue plaque to Thomas Henry Ismay (1837-1899), the founder of the White Star shipping line, who lived there. 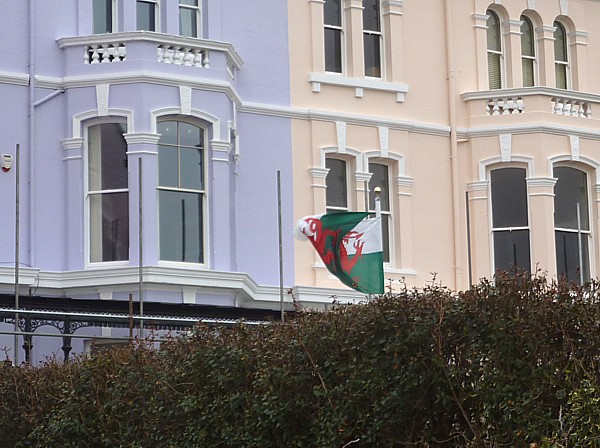 Public transport details: 53 bus from Queen Square at 10.05, arriving outside Waterloo Station at 10.38.  Returned on the 53 bus from Oxford Road / Courtenay Road at 1.30, arriving Liverpool about 2pm