Richard Surman, Dave B and I headed down to the Welsh Borders to visit a couple of Shropshire Wildlife Trust Reserves close to Oswestry. Our first stop was Llynclys Common where we parked beside the Lime Kiln Pub, which had Fox-and-cubs Pilosella aurantiaca growing in the beer garden, crossed over to the nearby bridleway and climbed up a steep path through mixed woodland noting the green berries of Lords-and-Ladies Arum maculatum, Hart’s-tongue Phyllitis scolopendrium and Hard Shield-fern Polystichum aculeatum that is most commonly found on limestone rocks. It is a bipinnate fern with pinnules that have sharply pointed teeth and spine-pointed tips. 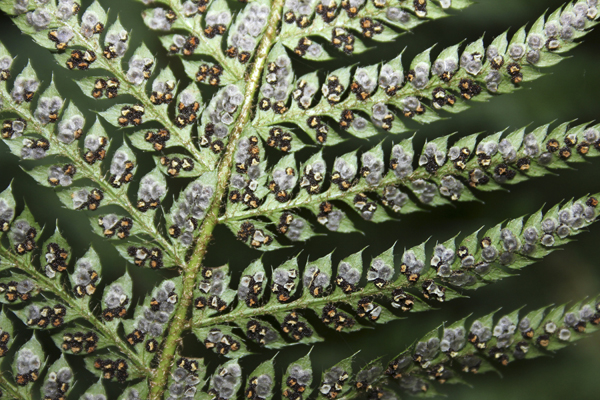 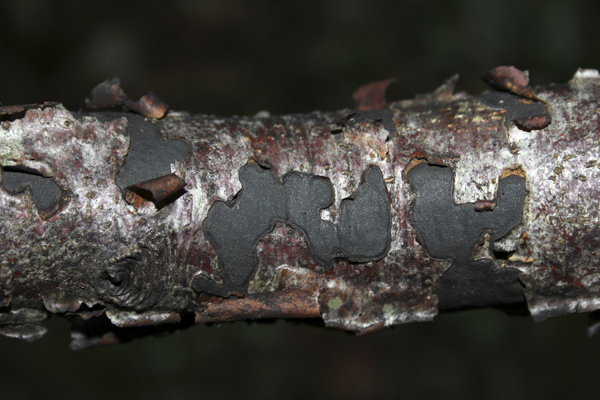 We passed large patches of Enchanter’s-nightshade Circaea lutetiana and crossed through bracken scrubland where a few pale coloured Common Spotted-orchids Dactylorhiza fuchsia were growing and into the limestone meadow areas with a scattering of Yellow Meadow Ant Lasius flavus hills. Butterflies included a rather tattered Red Admiral Vanessa atalanta, a few Speckled Woods Pararge aegeria, plenty of Meadow Browns Maniola jurtina and Ringlets Aphantopus hyperantus. A number of large fast flying Fritillaries were swooping around the open glades between the woodland. Thankfully one settled for a photo that allowed for identification – a Silver-washed Fritillary Argynnis paphia whose caterpillar’s main foodplant is Common Dog-violet Viola riviniana. 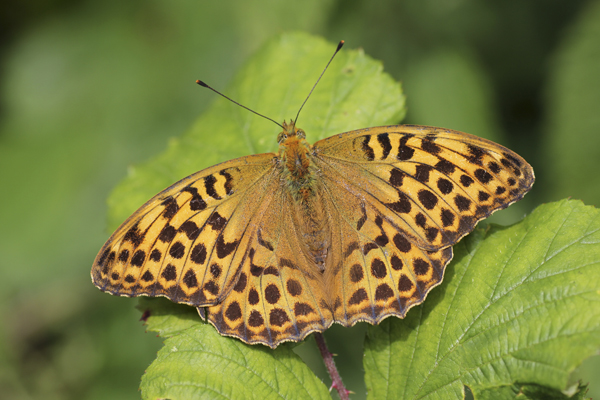 A small pond with Lesser Spearwort Ranunculus flammula and Broad-leaved Willowherb Epilobium montanum growing around its edges held Greater Water Boatman Notonecta glauca, a few unidentified Pond Snails and the reeds had a handful of Damselflies – Large Red Damselfly Pyrrhosoma nymphula and mating Common Blue Damselfly Enallagma cyathigerum. A rather spectacular metallic green-golden insect with fat body and shading on the wings landed close to me. It was a female Sawfly Abia sericea of the family Cimbicidae who are recognisable by their five segmented antennae ending in distinctive ‘clubs’. 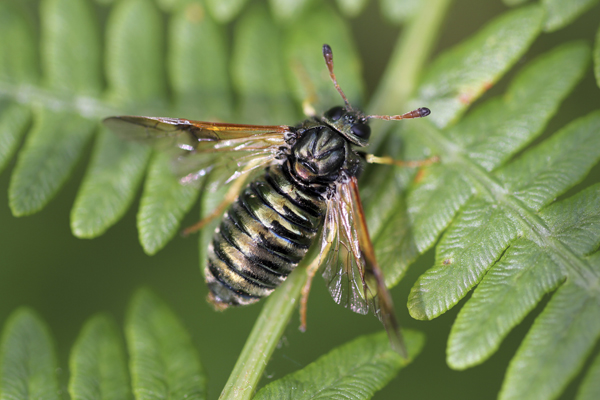 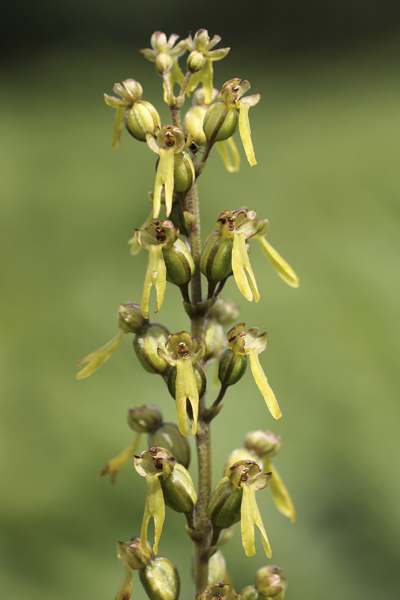 Walking back towards the car we spotted a Brown Hawker Aeshna grandis, a hedgerow umbellifer was identified as Ground-elder Aegopodium podagraria which had a few Hoverflies Cheilosia illustrata – a furry bumblebee mimic typically seen settled with its wings closed tightly over its back. Its body is usually pale haired with a black band across the centre of the thorax. We also had an unusual sighting of a Grey Heron standing on the tracks of a disused railway line – we thought that it could possibly be hunting for Lizards basking in the sun.

Our next stop was Llanymenech Rocks Reserve where limestone mining was carried out for more than 2000 years, right up until the First World War. Reminders of this ancient industry can be seen in the old stone tramways and a few winding houses. The village is home to one of only three remaining Hoffmann kilns in the British Isles. 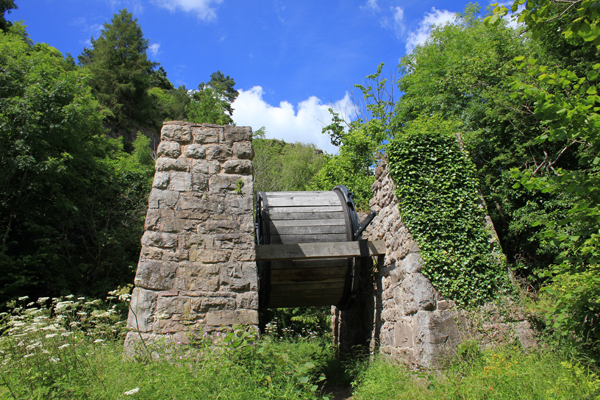 We walked through woodland noting a few tiers of Dryad’s Saddle Polyporus squamosus. AMigrant Hawker Aeshna mixta was zipping around and a Brown Hawker Aeshna grandis was flying around a small pond in a field with yurt tents. Entering the quarry a Spotted Flycatcher was seen chasing insects from its launch pad on the cliff face, Richard had a possible sighting of a Pied Flycatcher. There were half a dozen Common Swifts screeching around also Common Buzzard, Wood Pigeon, Pied Wagtail, Wren, Blackbird, Song Thrush, Common Chiffchaff, Long-tailed Tit, Magpie and Common Bullfinch. 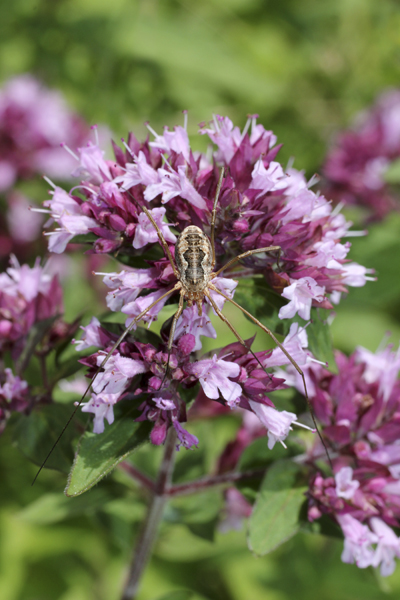 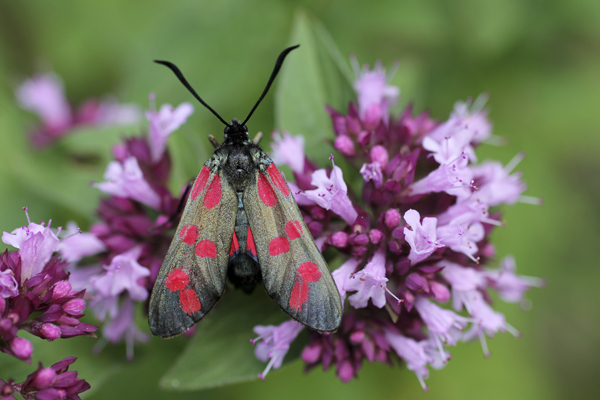 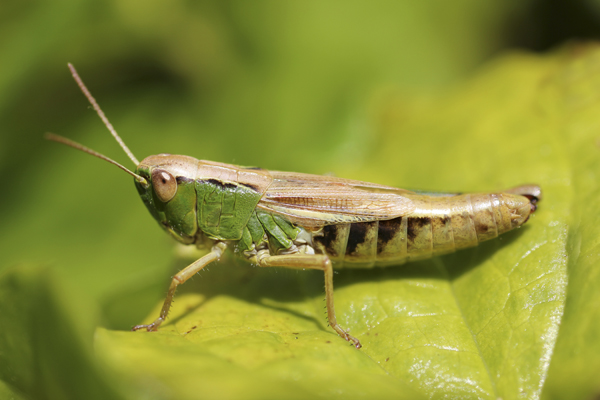 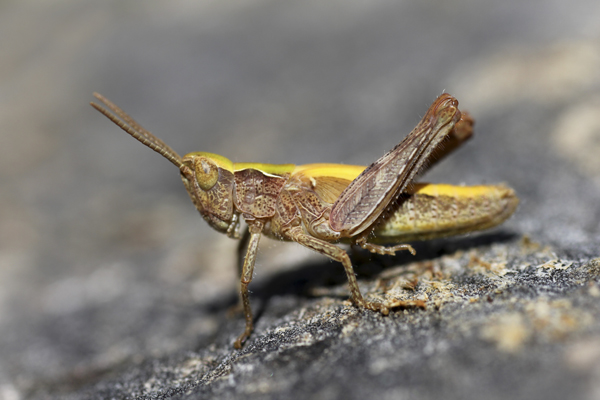 Plenty of stridulating Grasshoppers including Meadow Grasshopper Chorthippus parallelus and Common Field Grasshopper Chorthippus brunneus – whose nymphs, including a ‘pink form’ were much in evidence amongst the rocky scree where Maidenhair Spleenwort Asplenium trichomanes was growing in profusion. Insects noted included Tapered Drone Fly Eristalis pertinax, Hoverfly Leucozona glaucia, Sloe Bug Dolycoris baccarum, Dock Bug Coreus marginatus and a female Thick-legged Flower Beetle Oedemera nobilis. A few Rose Sawflies Arge ochropus were foraging on umbellifers of Hogweed Heracleum sphondylium. This distinctive species has a black head and thorax and an orange body. The wings have a dark mark along the border, but no dark cross band. The legs are banded and look like its wearing football socks. 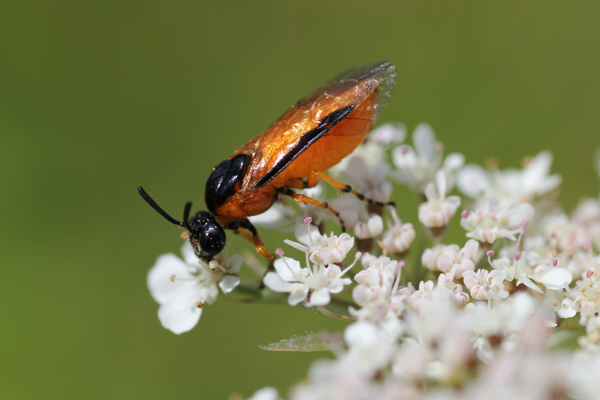 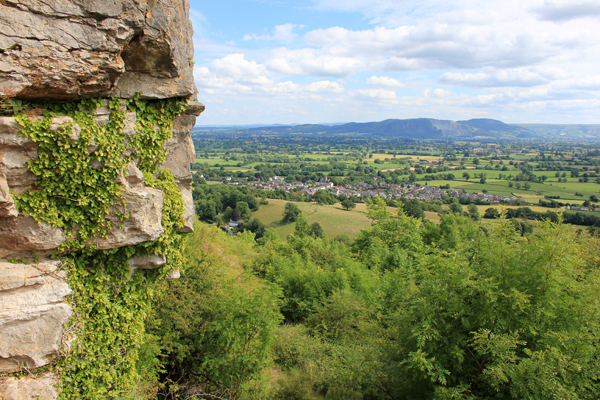 A viewpoint offered spectacular views and also a lone Cinnabar Moth Tyria jacobaeae caterpillar feeding on Oxford Ragwort Senecio squalidus – later on an adult trapped in a web becoming our ‘Corpse of the Day’, a Small Tortoiseshell Aglais urticae and our first sightings of Small Heath Coenonympha pamphilus that seemed to favour this end of the quarry. 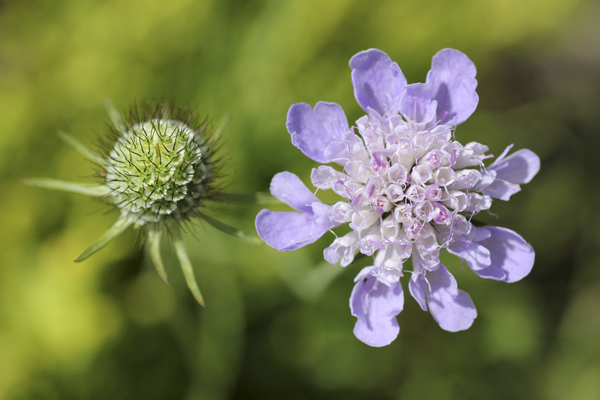 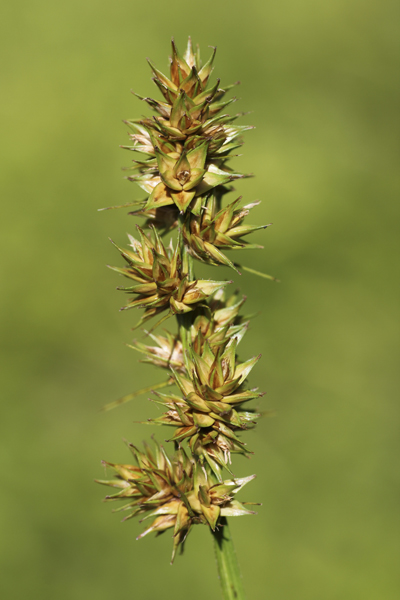 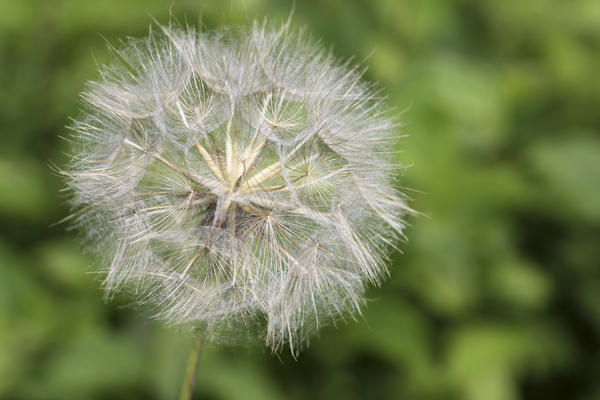