We walked down Shore Road, admiring the tall Hollyhocks in the gardens, to Sands Lake. At the jetty where people throw bread there were Jackdaws, Mallards in moult, but one mother with three smallish late ducklings. Plenty of Black-headed Gulls, some Coots and a Mute Swan with a Darvic ring but we couldn’t see the number. There was just one Lesser Black-backed Gull, or was it a Greater? I thought its legs were pink, which would make it a GBB, but it didn’t strike me as very big. There were no Herring Gulls nearby to compare the size. 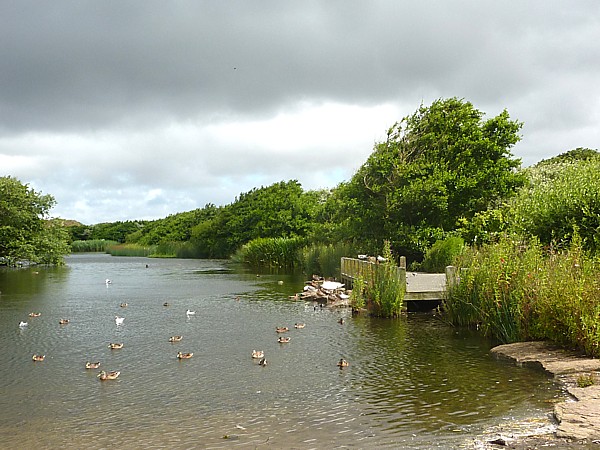 Rain seemed to be threatening, but it didn’t come to much. Other birds included Swallows, and four or five Tufted Ducks further out. A Heron flew past and a mother Moorhen emerged from the reeds with two well-grown youngsters. 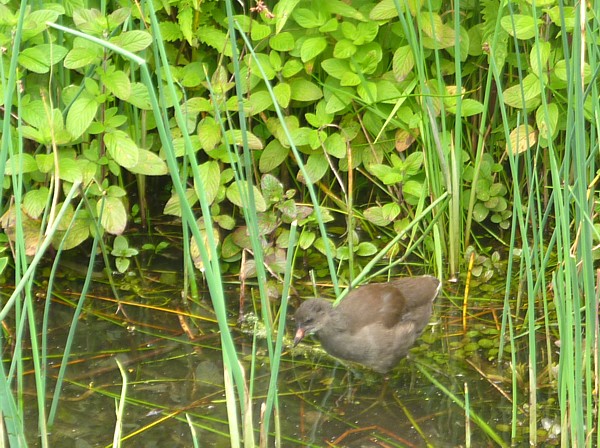 We went around Sands Lake on the boardwalk and lunched on the picnic tables near the pub. Then we walked back up Sands Road to the start of the Trans-Pennine Trail, which runs southwards through mixed woods and sandy dune paths parallel to the Coastal Road. 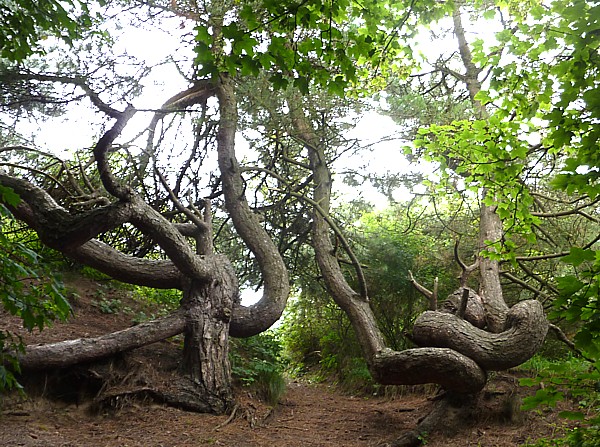 We noted Small Skippers and Meadow Browns. Flowers included Common Centaury, Yellow or Common Toadflax and a new one for me, Hop Trefoil. 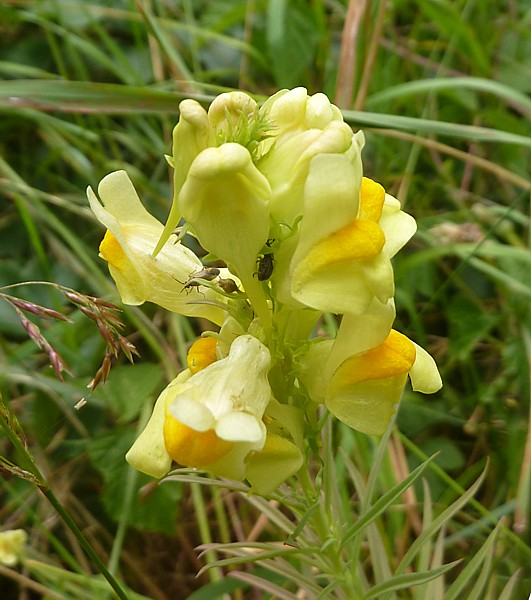 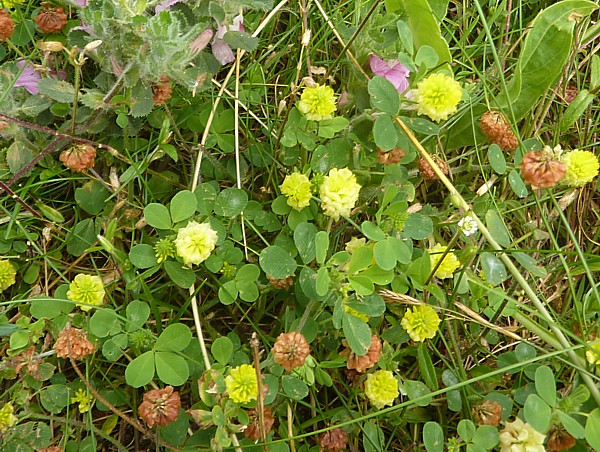 Autumn seems to be coming on at a rush and it’s only mid-July. The small wild apples were ripening and blackberries are going black at the tip of the bunch. Olive tasted one but it was bitter and she spat it out. 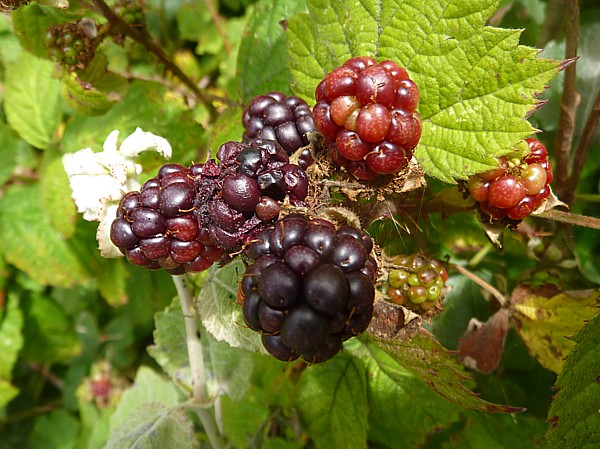 The seed cases of Beech are looking fat and full, so are we going to have a second mast year in succession? Two Rowan trees were growing next to each other on the dunes, one flourishing and bearing orange berries, the other leafless, perhaps nearly dead, but bearing several clusters of bright red berries. 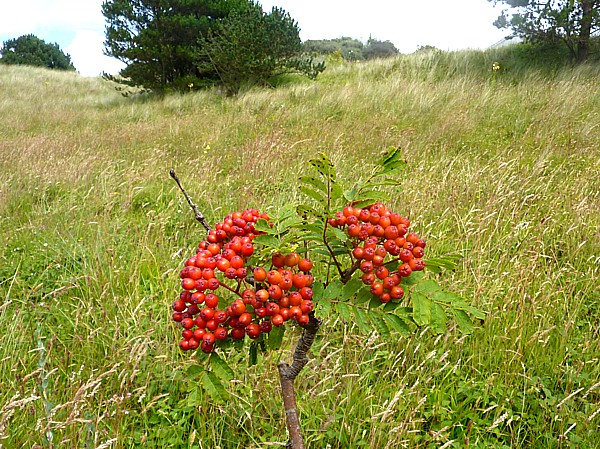 As we walked the last section along the Coastal Road we spotted a big fungus on a tree stump on the verge. Is it a Chicken of the Woods? 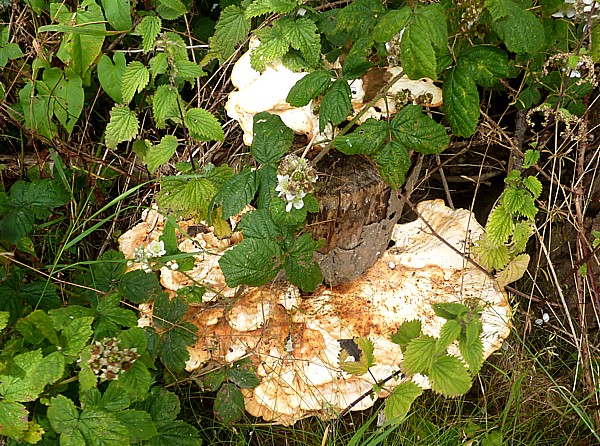 This was our third leg of the Trans-Pennine Trail and we did another 1.75 miles of it, taking us to five miles from Southport.

Public transport details. Train from Central at 10.08, arriving Ainsdale at 10.42. Returned on the X2 bus from Liverpool Road / Woodvale Road at 14.13, arriving Liverpool about an hour later.