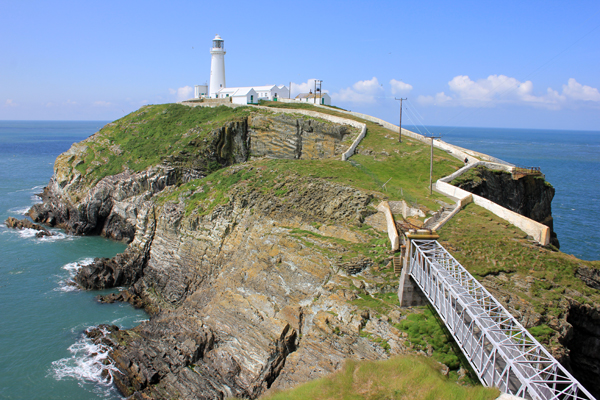 A rather wet and bedraggled group of MNA members boarded the coach for our outing to South Stack RSPB Reserve on Anglesey. Although there was continued rain and  patches of fog during our drive along the scenic north Wales coast by the time we reached Holyhead the weather had thankfully dried somewhat but was very breezy.  A Silver-studded Blue Plebeius argus feeding on Bell Heather Erica cinerea and a Rose Chafer Cetonia aurata on the umbellifer Sea Carrot Daucus carota subsp. gummifer caught our attention as we walked along to Ellen’s Tower. 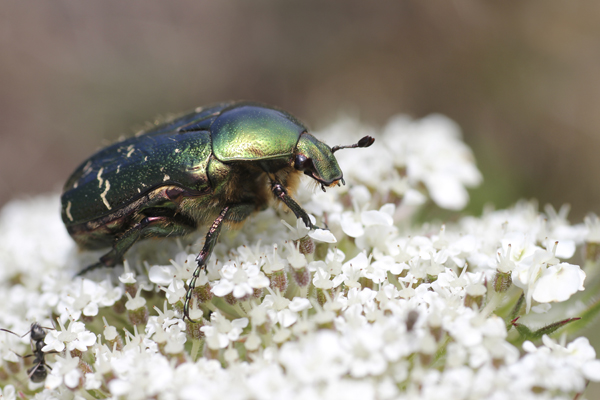 We peered over the edge to the cliffs at the nesting auks, Razorbills, Common Guillemots (Terry finding a bridled form Guillemot amongst the masses) and Herring Gulls all having their own community groups on different zones on the cliff. The lack of chicks was apparent, we would have expected the parents to be busy feeding hungry mouths but many birds appeared to be still on eggs due to their late arrival back here during the spring. Also present were Kittewakes, Lesser Black backed Gulls, the odd Fulmar, a few Gannets flying by and a few Manx Shearwaters twisting in flight. Our first mammal was a Harbour Porpoise Phocoena phocoena it’s dorsal fin occasionally breaking the surface quite close to the Lighthouse Island. Ron Crossley later noted at least 3 or 4 of these cetaceans. A young Peregrine perched on top of a rock above the cliffs surveying the scene below before taking off and flying directly over the member’s heads and a fine male Stonechat perched on the heather. 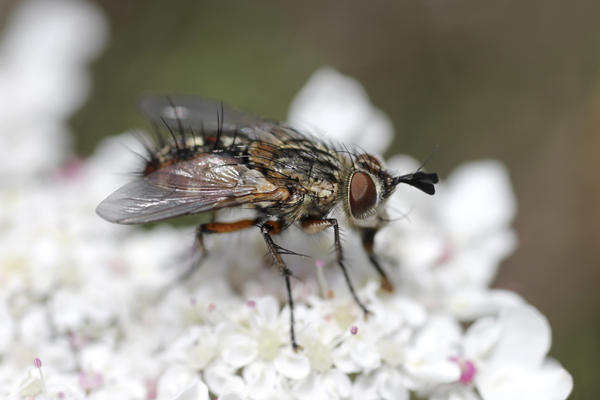 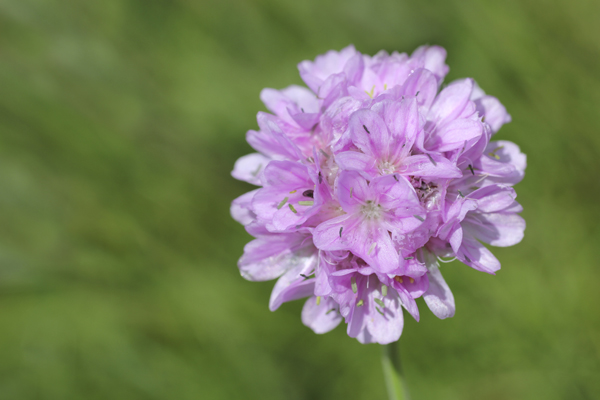 I wandered along to road to where the steps descend to the Lighthouse Island and began the walk down. Peering over the edge I could see masses of Oxeye Daisies Leucanthemum vulgare plus some Golden-samphire Inula crithmoides with its upright fleshy stems. Growing around the steps was Sea Beet Beta vulgaris subsp. maritima, the delicate pink flowers of Rock Sea-spurrey Spergularia rupicola and Sea Plantain Plantago maritima. A variety of maritime Lichens were covering the rocks with Verrucaria maura, plenty of Sea Ivory Ramalina siliquosaas well as unidentified species. 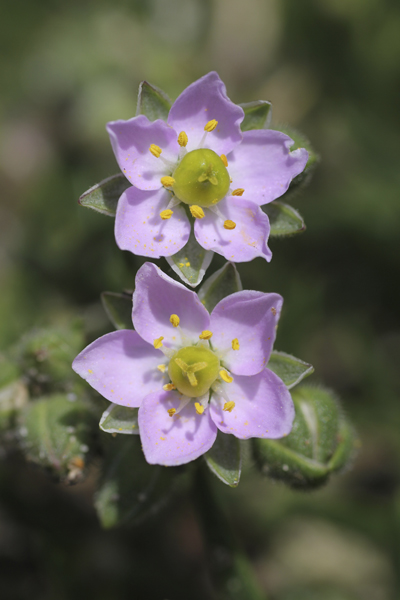 I climbed back to the top and met up with Barbara and co who pointed out a few spikes of Common Spotted-orchid Dactylorhiza fuchsia. There were a few Butterflies with Large Skipper Ochlodes venata, Small Tortoiseshell Aglais urticae, Red Admiral Vanessa atalanta, Meadow Brown Maniola jurtina and Six-spot Burnet Moth Zygaena filipendulae. We wandered along a path through a field where more Silver-studded Blues Plebeius argus were trying to find sheltered positions from the wind to sun themselves – later heard that Alexander and Camilla had seen a mating pair close to the car-park. A boggy patch of ground held Water Forget-me-not Myosotis scorpioides and Selfheal Prunella vulgaris. 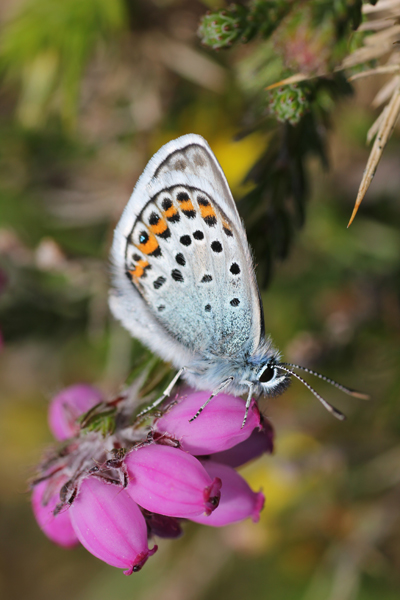 I briefly stopped at the visitor centre – another double treat for ‘Corpse of the Day’ a Razorbill and a Manx Shearwater skull. 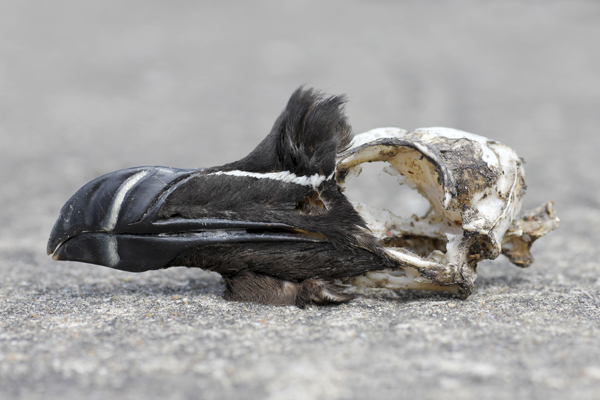 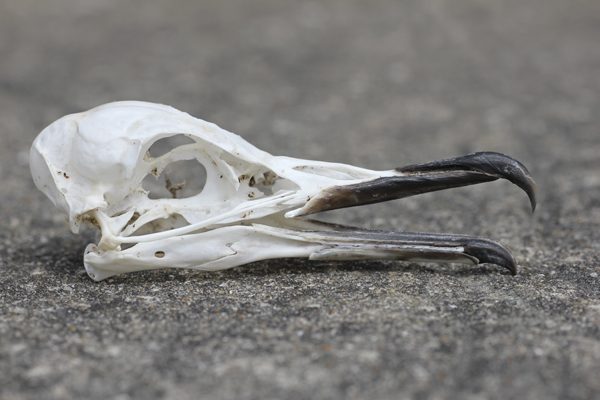 In a sheltered sunny spot behind Ellen’s Tower a Common Lizard Zootoca vivipara (formerly Lacerta vivipara) was sunning itself on a rock. Close by a Magpie Moth Abraxas grossulariata was flitting around, Common Red Soldier Beetles Rhagonycha fulva were bonking on the Sea Carrot – many of the females seemingly unimpressed and continuing feeding and a hyper-active Ruby-tail Wasp Chrysis sp. was manically running around a rock. Chris B caught another Rose Chafer and also a Thick-legged Flower Beetle (a.k.a. False Oil Beetle) Oedemera nobilis. 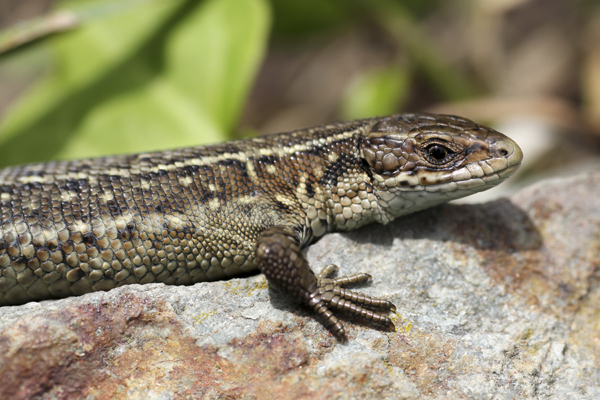 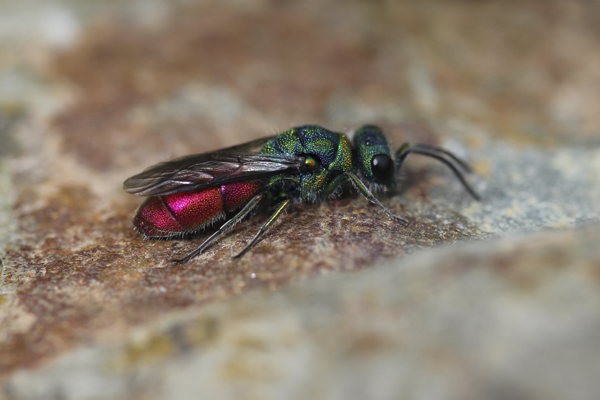 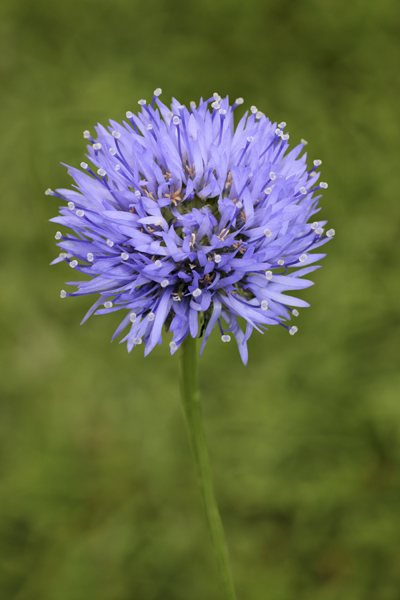 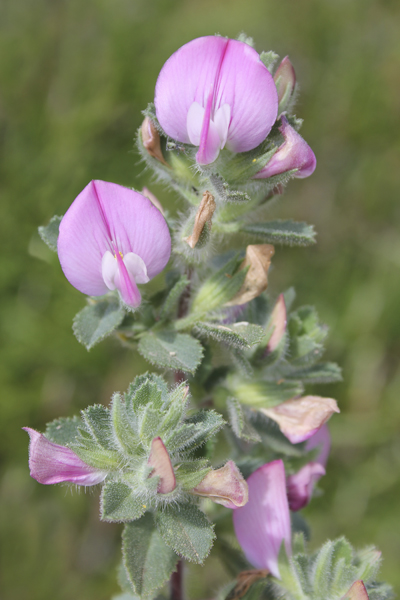 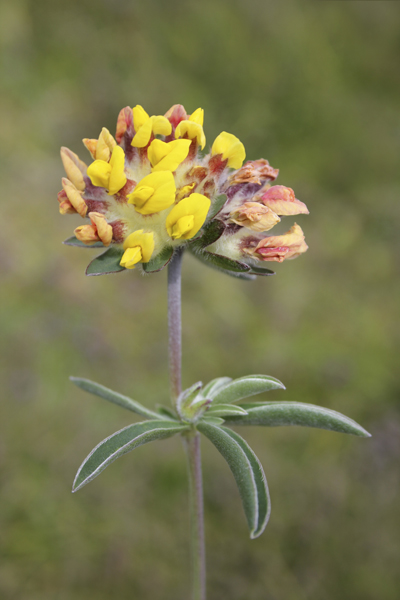 Our jaws were to drop even further when the young Peregrine that we had been watching during the day patrolling the cliff face and having a go at the Herring Gulls decided to fly in and perch on a rock on the cliff edge not 12feet from us! Chris B, Richard Surman, Christine Barton and I were privileged to this amazing view noting the heavily streaked breast and small head features of this bold youngster, probably a male.

Out in the water bobbing around was our second mammal of the day an Atlantic Grey Seal Halichoerus grypus. Further along the path six Chough took to the air, adjusting their wings to hang in the breeze. The others took the main path to the coach but I headed across the heath adding our second Reptile – a small Adder Vipera berus that quickly slithered into cover as I passed.