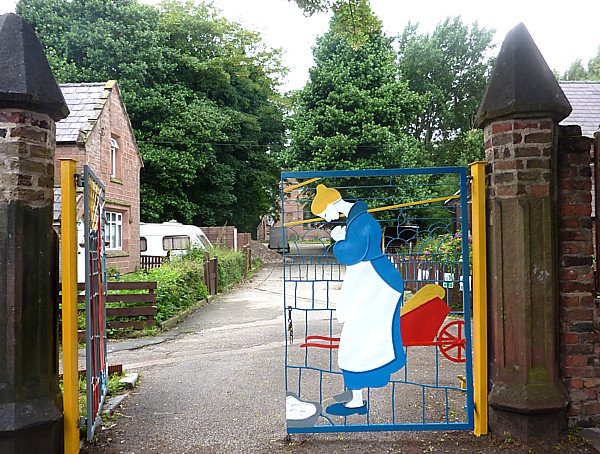 Another warm day, but overcast and sultry. Rice Lane City Farm is in the old Walton Park cemetery, and the entrance is on Rawcliffe Road. They keep Saddleback pigs, red cattle, a herd of small brown woolly sheep, a couple of asses, several interestingly-varied chickens and a lop-eared rescue rabbit called Alfie, who was found in the street being attacked by a cat. He now wanders freely in the farmyard and likes to be tickled. 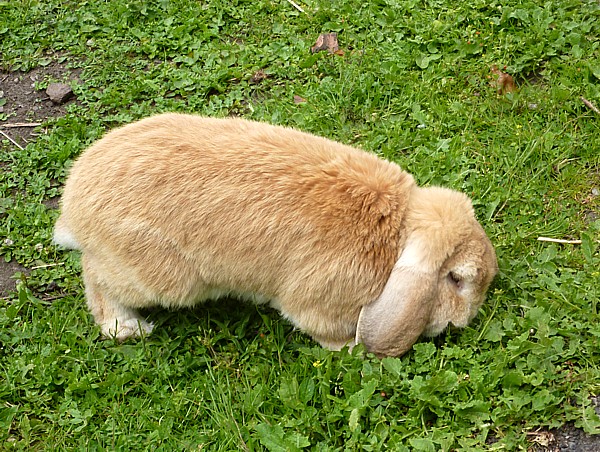 The old cemetery surrounding the farm was once the Liverpool Parochial cemetery and although it is still in use for occasional private burials, it is now mostly used as pasture. It was once the resting-place of the paupers who died in Liverpool and Walton Workhouse hospitals, the most famous of whom was the Irish writer Robert Noonan, who wrote under the pen-name of Robert Tressel. His best known work is The Ragged-Trousered Philanthropists. His grave site was re-discovered in the 1970s and is now marked with a large gravestone, commemorating him and the twelve other people in the same plot. 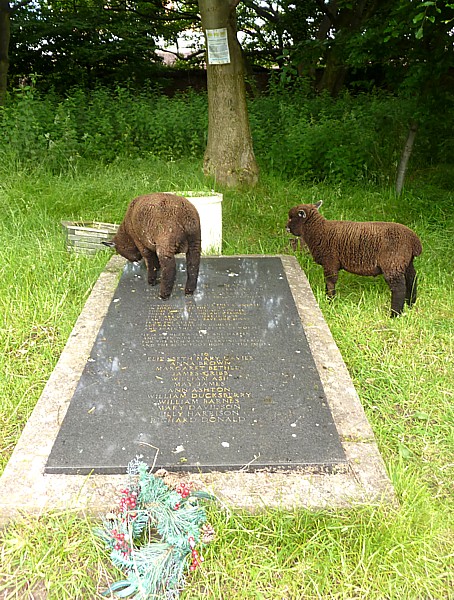 Not many birds today. Magpies, of course, we heard a Great Spotted Woodpecker and there was a Goldfinch on the wire over the railway. On the picnic table were several of the fearsomely-spiky larvae of the Harlequin ladybird. 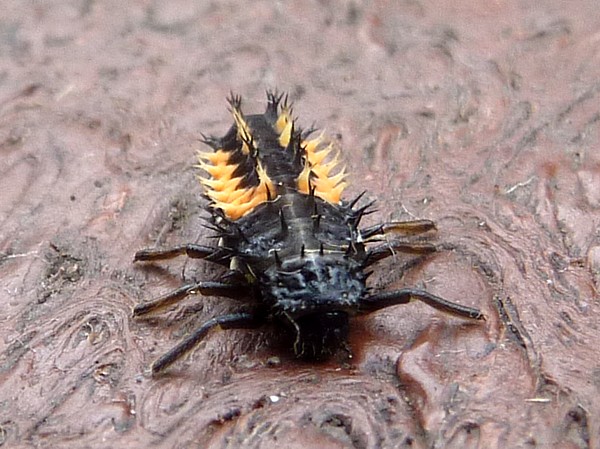 The wildflower bank by Walton Station, planted by David Bryant a couple of years ago, is being left to its natural succession. In the first year it was a great display of the classic cornfield flowers like Poppies and Corn Marigolds. Last year a lot of Red Campion came up, and this year there is a very interesting mixture. We noted Mullein, Evening Primrose, Ragwort, Red Campion, Ox-eye Daisy, Corncockle, Birds’s Foot Trefoil, Sorrel, Rape (gone over) and Teasel, but no Poppies, because the soil hasn’t been turned. We spotted a Cinnabar moth and one white butterfly, and there were plenty of bees. 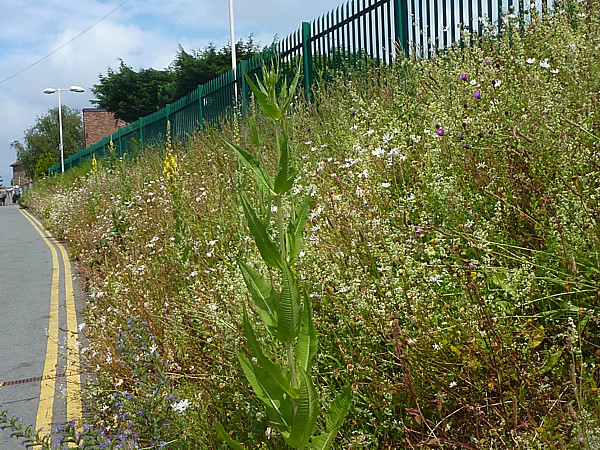 We ended the day with a circuit of Rice Lane Recreation Ground, admiring the Field Maple trees and the huge areas of flowering Bramble around the edge. Should be a good blackberry autumn!