From David Bryant: A cool breeze and low cloud accompanied our walk out to Hilbre and persisted much of the morning. As the tide advanced around the island Common Terns flew by with their screeching calls while to the north Gannets flew west, some much closer than usual. One settled on the water, only to splash about and begin preening. Two other birds flew past from an upriver direction which is rather unusual.

The commonest birds on Hilbre were half a dozen Linnets flitting about and Meadow pipits, some indulging in their song flight which attracted our attention. A Dunnock sang from the roof of the bird observatory, Swallows swooped low over the springy turf and a female Stonechat made a brief appearance in the Bracken.A pair of Great Crested Grebes swam slowly by towards Red Rocks. On the ebb tide four Little Egrets settled in one of the shallow gutters. One of the highlights was a male Scoter at the north end during the afternoon when blue skies prevailed; extremely close in, so that its admirers could easily see the yellow tip to the bill. Earlier we had had a female towards Middle Eye and a string of 16 flying towards the wind turbines.

Variety was added to by a large Common Frog, several gaudy Cinnabar Moths, a Short-tailed Vole speeding along a well-defined run in the grass and five very hairy, chestnut and black Garden Tiger caterpillars, their speed of movement astonishing their observers! 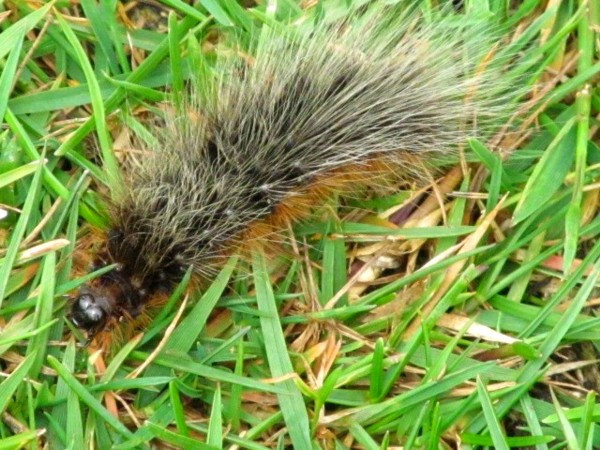 A spectacular conclusion to the day was Christine Barton’s discovery of large numbers of colourful caterpillars in the Brambles and shrubs around the observatory which proved to be those of the Yellow-tailed Moth – a small white moth with a yellow tip to the abdomen. 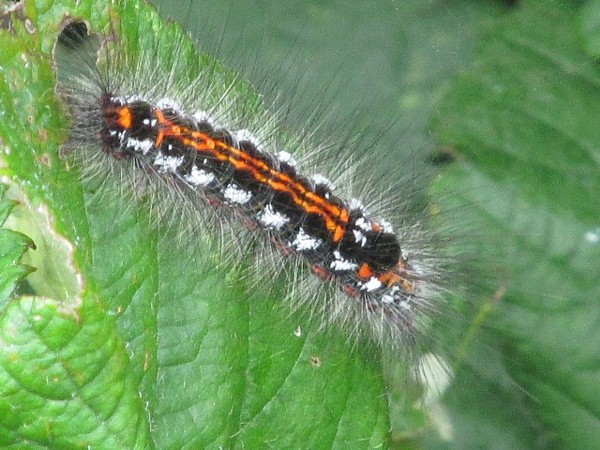