This was the second of our experimental short walks, and attracted nine members and a visitor.  We met at the Leaf Globe behind the Isla Gladstone Conservatory, on a warm sunny morning. 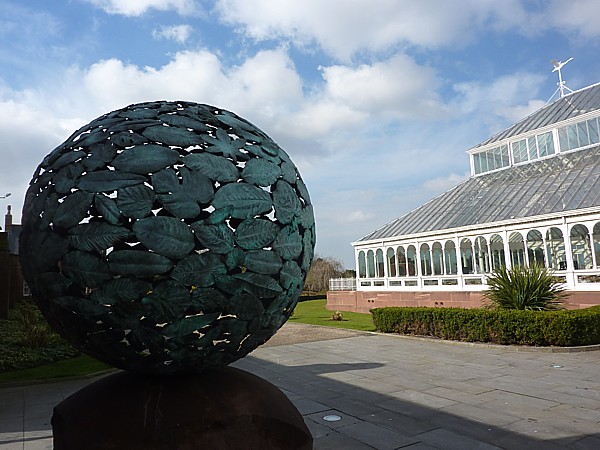 All the ornamental shrubs were blooming, including Forsythia and Pieris “Flame of the Forest”, and the cherry blossom was out. 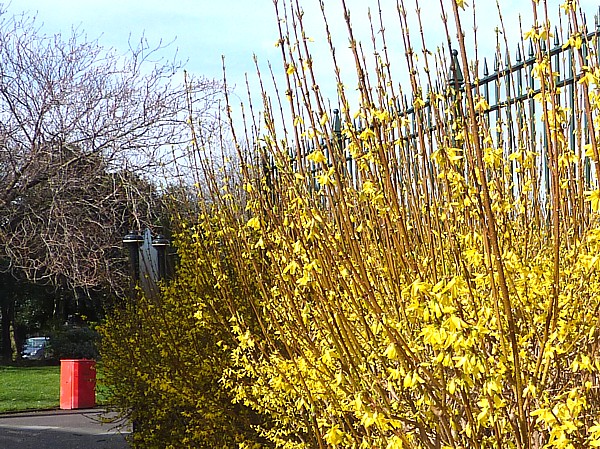 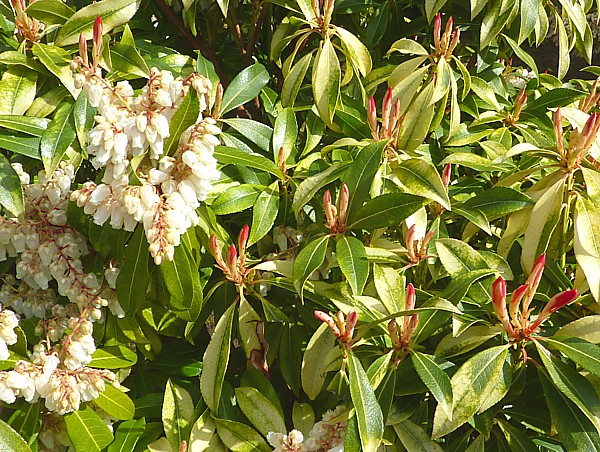 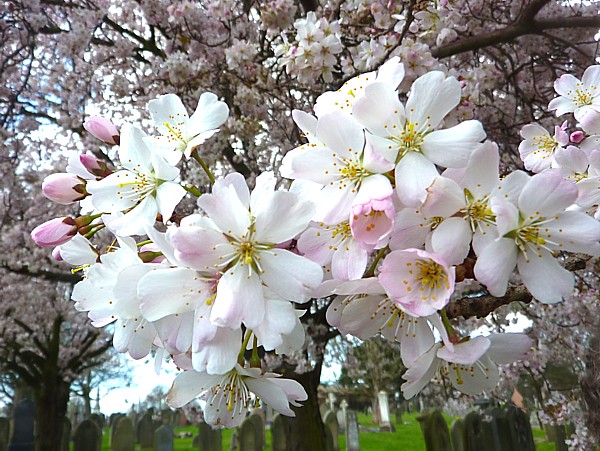 The recently-restored formal walk with flower beds was looking its best, and beyond it were some of the half a million daffodils planted in 1991 as part of the Marie Curie Field of Hope project. 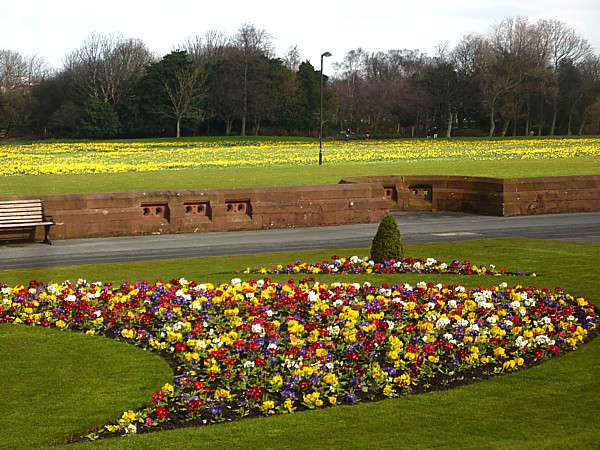 Park birds were Blue Tit, Wood Pigeon, Chaffinch, Carrion Crow, Magpies, a Wren calling, Robin and Blackbird.  On the lake were Canada Geese, Moorhen, Coot, Mallards, some Cormorants on the island, a Great Crested Grebe, Lesser Black-backed Gulls, a pair of Tufted ducks, but no Pochards and no sign of the Mandarin Drake, who hasn’t been seen for six weeks or more. There used to be a female Mandarin too, but she disappeared a year or more ago. 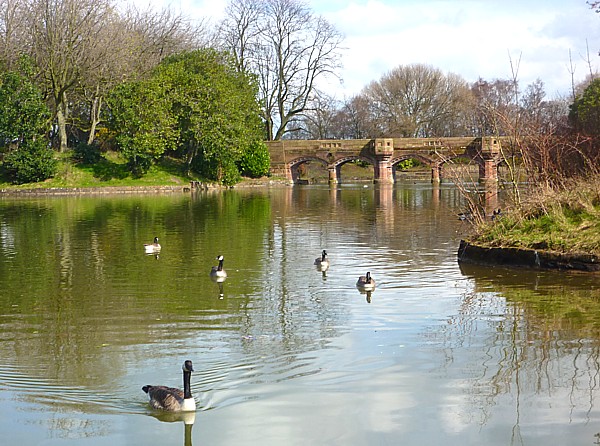 While we were in the gravelled circle of  eight very old London Planes, we looked at the central tree, which John was told was something special by a Ranger, but he can’t remember what it was. It seems to have a flat-topped habit, like some ornamental cherry trees. From the look of the breaking buds Chris Felton thought it might be some kind of Poplar. In a depression in the bark of one of the eight old London Planes Chris F identified the web of a lace-webbed spider Amaurobius similis, which he described as a hunter which bites a crane fly on the leg, waits for the poison to take effect, then wraps and eats it. 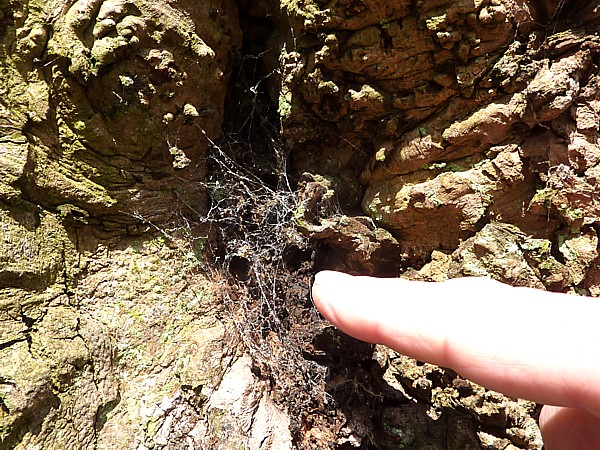 We crossed the road to Anfield Cemetery, and spotted a Sparrowhawk circling above. There were also two Jays on the grass, a Mistle Thrush, 11 or 12 Magpies having a meeting and a Buzzard overhead. Grey squirrels were scampering about. Several Buff-tailed Bumble Bee queens Bombus terrestris were flying low and investigating holes at the bases of  fallen gravestones.  A fallen Hawthorn tree had clumps of lichen on it, identified by Chris F as Xanthoria polycarpa. 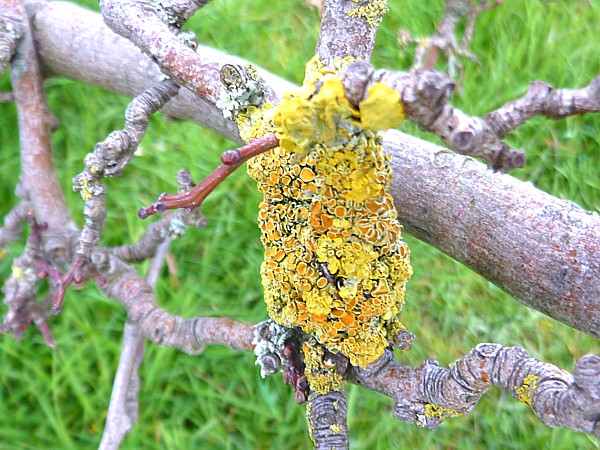 We also had a browse about some interesting monuments and gravestones. One referred to the deceased as the “Vicar of the Parish of Bevington, Liverpool”, but none of us had heard of such a place. I think it was St Alban (Bevington) C of E on Limekiln Lane, Vauxhall, founded 1846 and closed 1941. We also looked at the mass grave of 554 Liverpool citizens who were killed in the May Blitz in 1941. Three Belgian Merchant Seamen were also killed that week and their gravestones are near the side of a path, probably cared for by the Belgian Government. 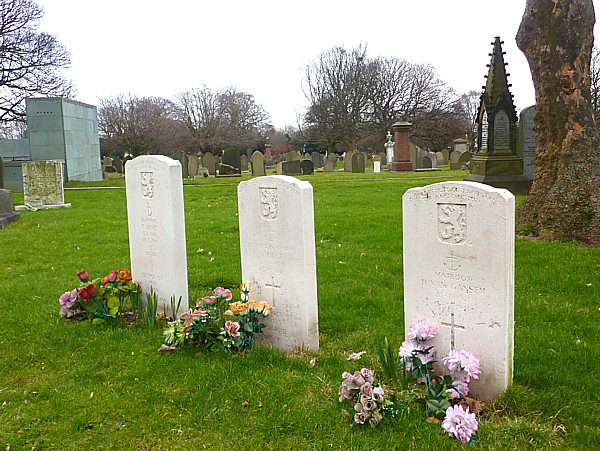 There are also memorials which record the burial somewhere in the cemetery of two early recipients of the Victoria Cross. The one on the left is for Patrick Mylott  who was honoured for his bravery in Lucknow during the Indian Rebellion (Mutiny) of 1857 while the other is for Joseph Prosser for his valour at Sevastopol in 1855 during the Crimean War.

While some of us were looking at those, Chris grubbed about in the soil and came up with a rather splendid keeled slug Limax maculatus. Originally from Black Sea area and the Crimea, the species was probably introduced to Ireland, where it is now common, and it is spreading rapidly in Britain. For instance, the first Worcestershire report was in 2000. 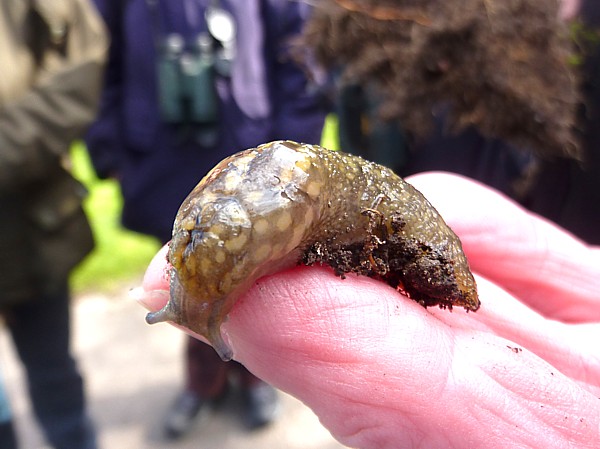 Final tally: 20 bird species, one mammal and several interesting plants and invertebrates.  The walk broke up at just after 1 pm, with many members expressing pleasure and surprise at how attractive the park and cemetery were and how much there was to see. 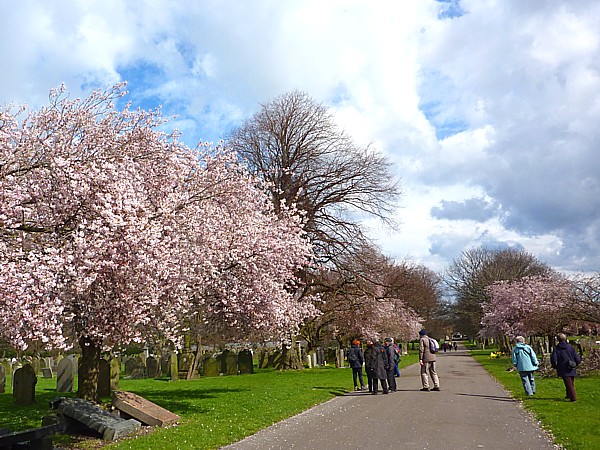 People who are are interested in the wildlife of the north-west of England and would like to join the walks and coach trips run by the Merseyside Naturalists’ Association, should see the main MNA website for details of our programme and how to join us.