As we waited in Lime Street for the rail replacement bus there was a spatter of rain with strong northerly gusts, but from the bus (which was a plush, warm coach) it seemed like a lovely spring day in the sunshine. It was officially the first day of spring a few days ago, and there was a faint haze of green over all the wayside trees. In the gardens the ornamental trees and shrubs were flowering – Magnolia, Forsythia, Camellia and Cherry, some with very thick blossom indeed.  But at St Helens bus station we noticed small drifts of congealed hailstones at the bases of the shelters. 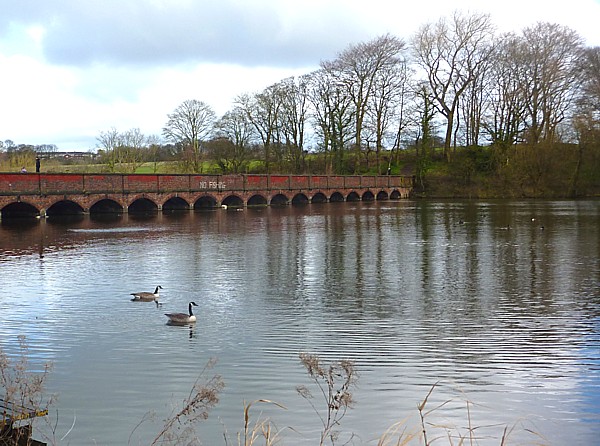 Around Carr Mill Dam it was very wintry, too. In the woods it still felt like February. Young oak and beech leaves were still clinging to the trees and fluttering in the strong gusty wind. On the lake Canada Geese were trumpeting, there were Mallards, Black-headed Gulls (about 25% with full black heads) and a couple of Lesser Black-backed Gulls. At the south end there were only two or three Great Crested Grebes, but the woodland paths were busy with birds. We heard Wren and Chaffinch singing, a Wood Pigeon flew by fast, and then something else, quick over the trees that might have been a Sparrowhawk. We saw Blackbird, Blue Tit, Great Tit, Dunnock, Robin and Goldfinches.

Nearer the bridge there was a huge gathering of Great Crested Grebes. We counted 42 altogether, and John said he had never seen so many together before. They weren’t dancing, but a few were facing each other and head-shaking. 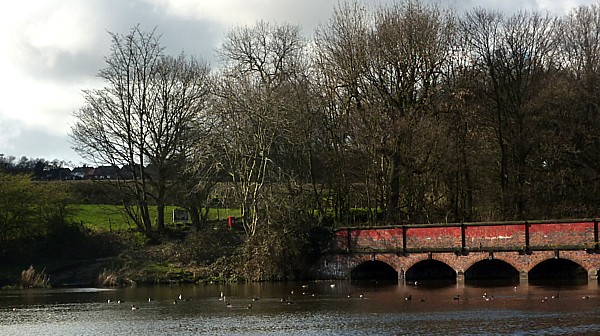 We lunched on the bridge. Below us were Coots and Moorhens, there was a Heron on the far bank and a pair of Mute Swans were nesting right beneath us, brooding three eggs. John thought he had heard a tale from a ranger that a dog had caught and injured one of the Carr Mill Swans a year or two ago, it had been taken to the RSPCA but had had to be put down. It looks like the survivor of the pair has found a new mate. 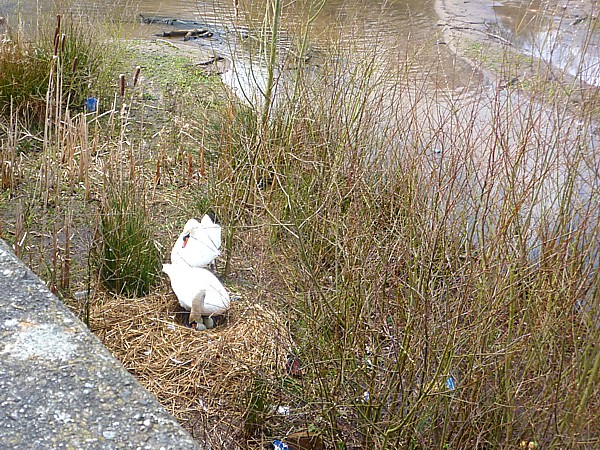 Around the farms and muddy field paths beyond Otter Swift Farm we admired the planted clumps of Daffodil varieties, the new Hawthorn leaves, and the Blackthorn just starting to blossom. 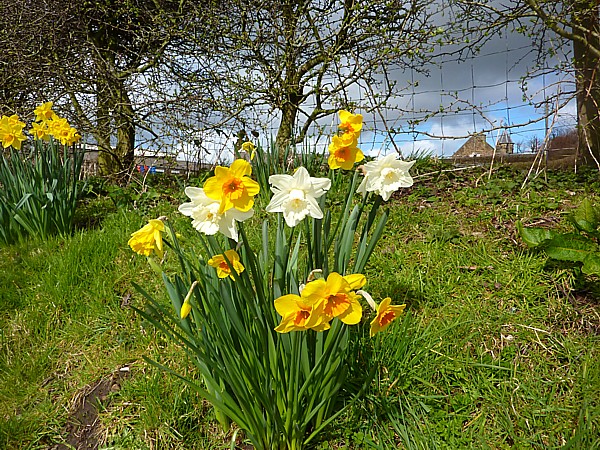 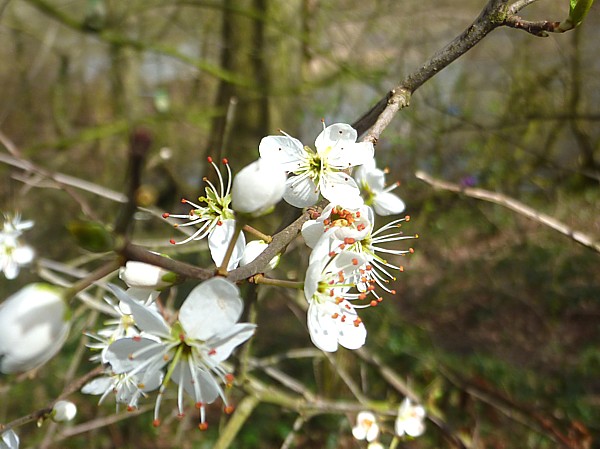 The Wild Garlic wasn’t in flower yet, but we saw a few flowers of Coltsfoot and some Pussy Willow breaking out. 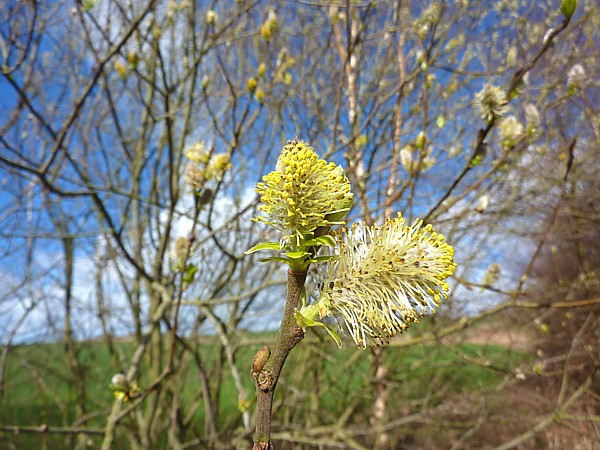 Near one of the farms some curious domestic geese came to investigate us, and one (the gander?) hissed at us through the fence. 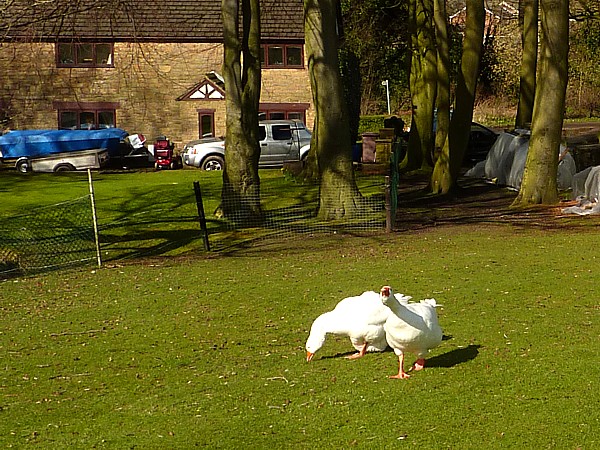 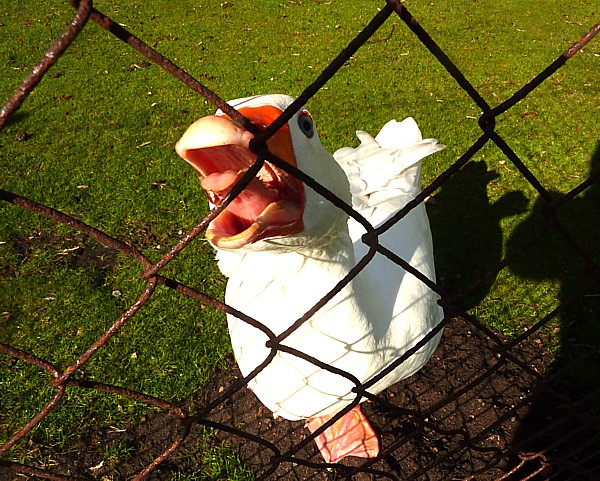