There had been a juvenile Great Northern Diver reported at the north end of Southport Marine Lake on Friday and Saturday, in addition to the two Great White Egrets regularly seen there, so we decided to go hunting! There were engineering works on Merseyrail, so we took the X2 bus instead, having great views from the top deck of the site of the new Thornton relief road. There are just long rows of sticks in the ground so far.

The bus took us to the roundabout at the north end of Lord Street, at the corner of Leicester Street, and we walked down to the prom.  It was a lovely sunny day, but the breeze was brisk and cold. 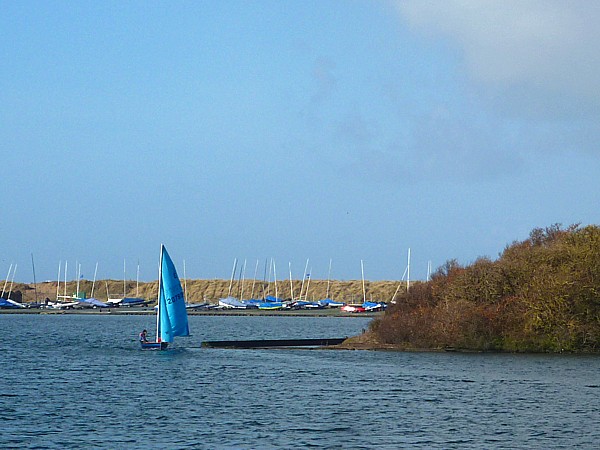 A flotilla of small yachts were racing around buoys. They might have disturbed the Diver, which was nowhere to be seen, disappointingly. We saw the usual lake dwellers, Canada Geese, Mute Swans, Coots, Moorhens, Mallards, Herring Gulls, Black-headed Gulls, Lesser Black-backed Gulls, as well as a scattering of Magpies and Wood Pigeons. On the side of the north island, on or near a small jetty, there were three Herons and two Oyster Catchers. 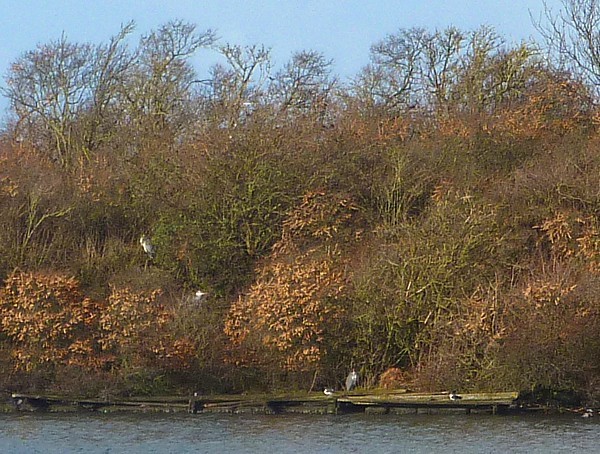 We met two other birders with telescopes, who said they hadn’t seen any sign of the Great Northern Diver either. The Great White Egrets regularly roost on the north island, they said, but they fly off about 8 am and return about 4pm, so no chance of seeing them either. They did, however, point out a distant Guillemot at the north end of the lake and said they had seen a Kittiwake earlier, but it wasn’t around when we were looking. We sheltered from the biting wind to have our lunches in this shelter, which looks like someone has been after the lead on the roof! 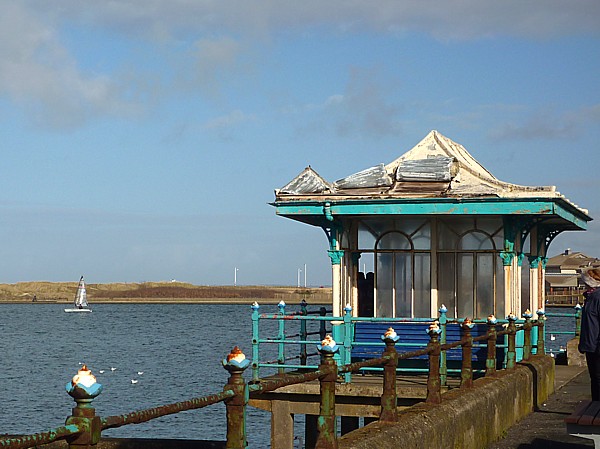 A large flock of Mute Swans gathered under the shelter, about 25 of them, including four juveniles. We noted five blue Darvic rings on the adults, which have all been reported to Wes Halton at the  North West Swan Study :   LT6, V61, TV4, SV6 and a damaged or dirty one which was probably II6. We haven’t seen any of these before. 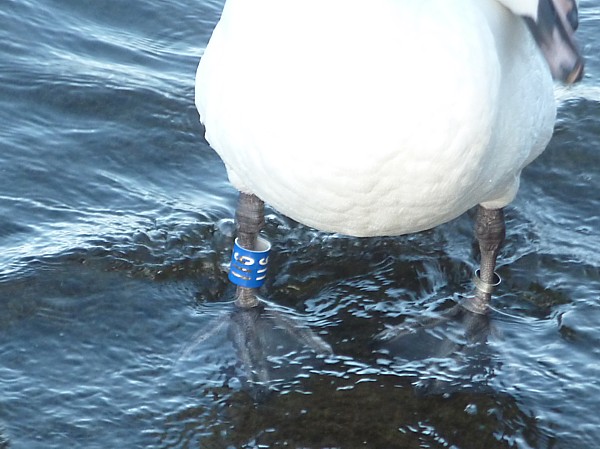 One of the juvenile swans seemed to have a green ring, but we couldn’t see the number on it. A green ring might suggest Cheshire, so he or she was far from home.

We also saw two Coots with rings only on their left legs. Kane Brides’s study of a few years ago marked Coots with coloured rings on both legs, including a metal BTO ring, but these two had just a pair of colours on the left . One was orange over red, and the other was black over yellow. I have asked Wes Halton if he knows anything about them.

As we headed back south we saw two Greylags, and noticed that some of the Black-headed Gulls have their dark heads just coming in. It’s fewer than one in 20 so far. We went south as far as the start of the Trans-Pennine Trail then headed back through Kings Gardens, looking at the progress of the major refurbishment funded by £5.5m National Lottery money. There was a Blue Tit in the park and some Cormorants on the jetty under the pier. 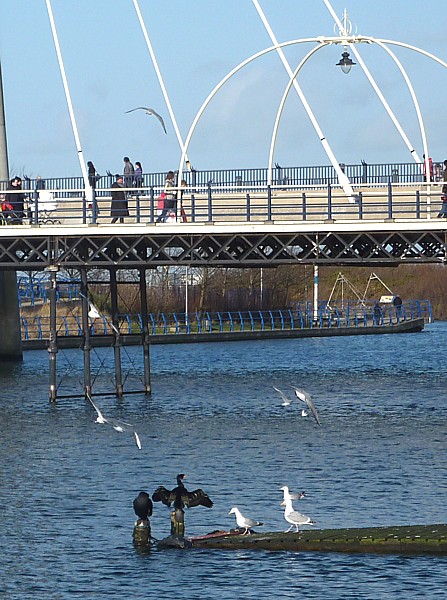 One lady was walking a pair of very pampered pooches in bright onesies! 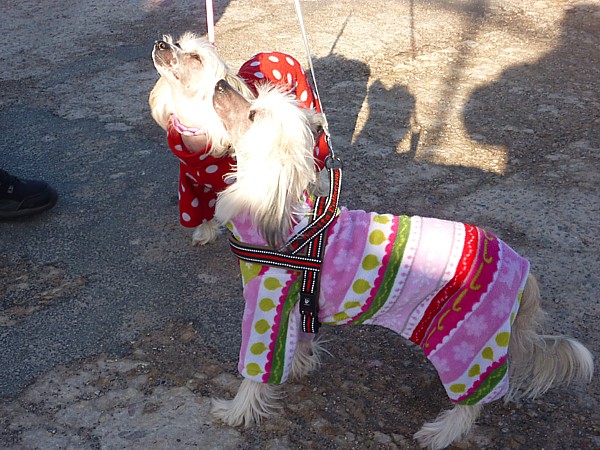 We admired the gathering of gleaming motor bikes by the start of the pier. There was a three-wheeler like the one Billy Connolly rode on Route 66, a lovely old BSA Sunbeam with a sidecar and several Harley Davidsons, one with a wild boar/”hog” ornament on the front fender. 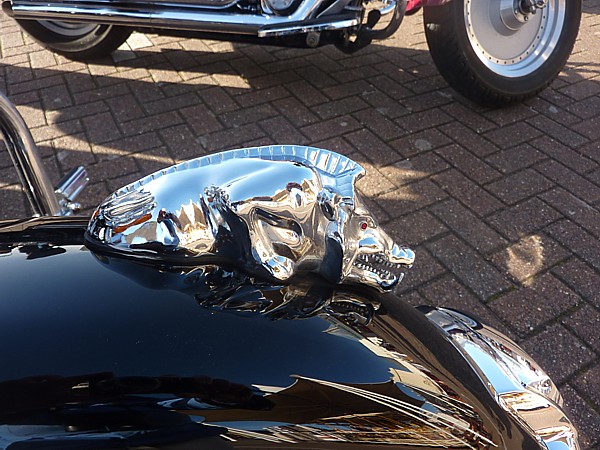