Report from Tony Carter.
On Saturday 28th September, I led a fungal foray for the public at Ainsdale Sand Dunes Nature Reserve on behalf of Natural England.  We found about forty species, mostly the more common varieties such as Amanita muscaria (Fly Agaric) , Paxillus involutus (Brown Rollrim), Lactarius tabidus (Birch Milkcap) and Pholiota squarrosa (Shaggy Scalycap). These are species a foray leader hopes for when assisting a group of novices. 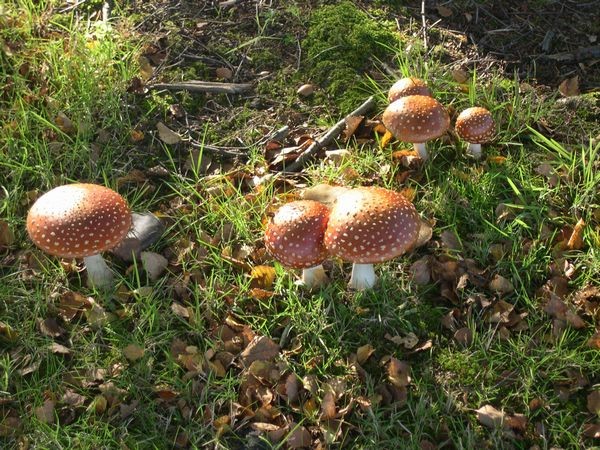 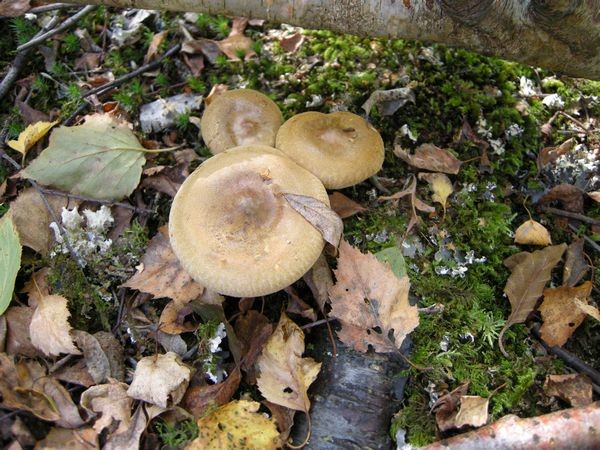 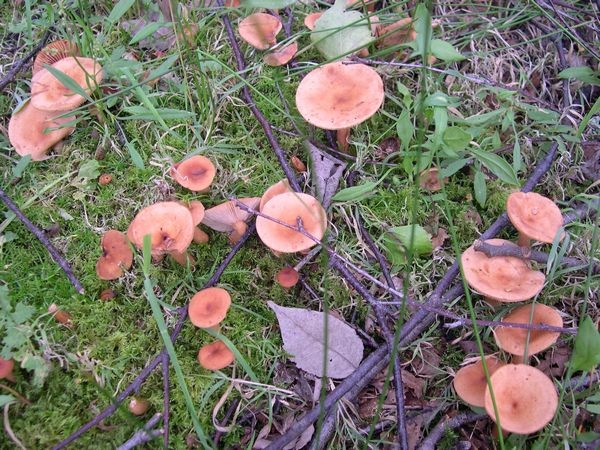 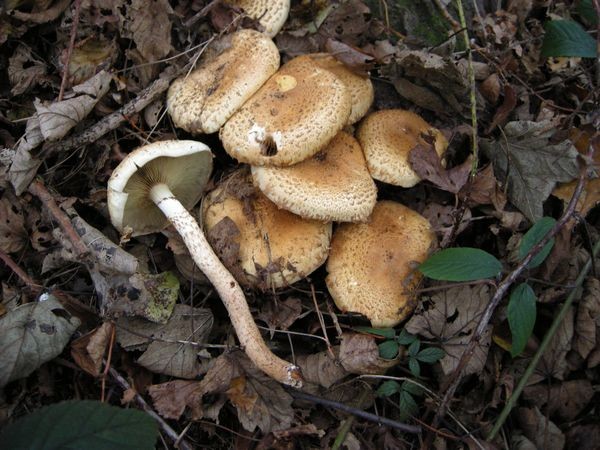 However, one specimen, found by the gate leading into the paddock, was new to me. Pure white and woolly, it was densely covered in a powdery substance that came off easily when handled. I identified it to the group as a probable Cystoderma (Powdercap), which seemed logical at the time. Later microscopic observation and further research showed that it was a Dapperling, Cystolepiota pulverulenta. I had never seen one before. It is the first record for Ainsdale and VC59.  Ainsdale rarely fails to surprise. 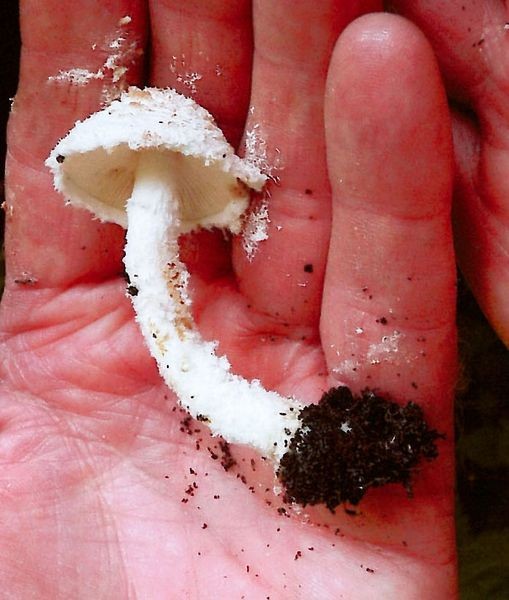 According to the British Checklist, this species is normally found in southern counties such as Oxfordshire, Somerset and Devon. Is this another species moving north with a warming climate?