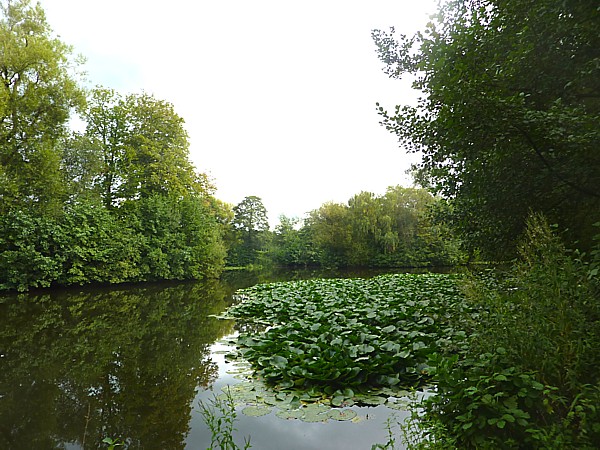 Seven members met at Sir Thomas Street for the 487 bus at 9.15. Due to the withdrawal of the number 24 from West Kirby, we had to go to Ness Gardens and walk from there. Three hardy walkers set off for the even longer way around by Inner Marsh Farm but the rest of us walked by Burton Wood, Burton churchyard and Puddington Lane. It was a sunny day, and surprisingly warm.  By the roadside we came across a poor trembling Rabbit with half-closed eyes. It bore no sign of damage, but it must surely have been hit by a car. 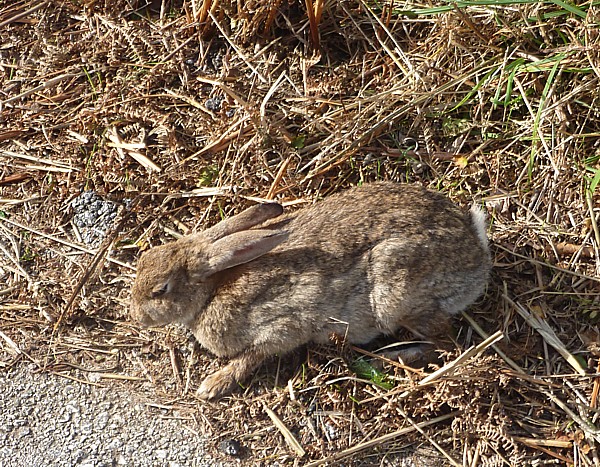 We met seven other members in the car park. While the rest of us were greeting, Jim and John went into the main hide overlooking the Scrape and saw the only Kingfisher of the day, although there were to be several other good birds for the rest of us later. The Scrape produced Canada Geese, Mute Swans, one Black Swan, Greylag Geese, Mallards, Coots, Shovellers and Teal. Two Buzzards were circling above and Swallows were still about. On the feeder outside there were Chaffinches and Goldfinches. 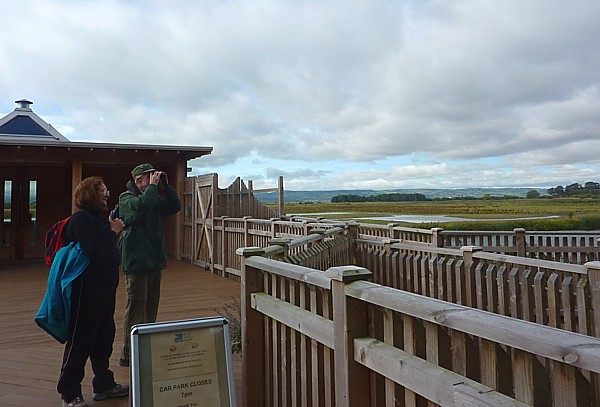 On the way to the other hide for lunch there were good displays of late flowers, including Perennial Sow Thistle, Fleabane and Hemp Agrimony. 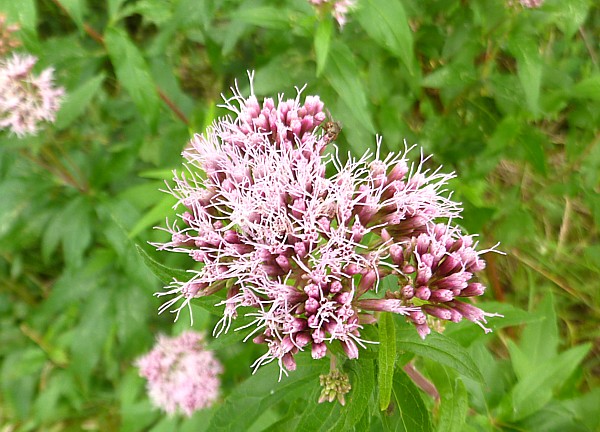 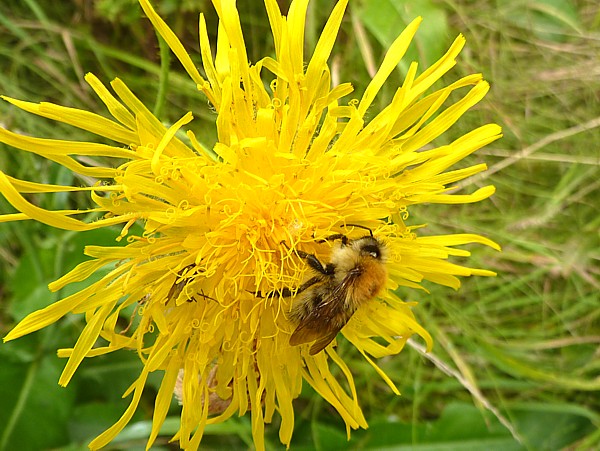 From the second hide we saw only a Kestrel hovering and a Carrion Crow. There was some intent muttering and staring through telescopes at a brown mark on a distant bush. Was it an Owl?  No, just a natural feature. On the way back, however, a flock of Lapwings went up. We searched the skies and were rewarded with a pair of Hobbies. Then a Marsh Harrier flew low over the reeds and a Snipe went very fast in the opposite direction.

The sun brought out many butterflies, including a Red Admiral, lots of Large Whites, a Comma and a Speckled Wood. There was a Common Darter dragonfly on the railing. One Alder leaf had a strange deformity, looking like a gall, but when we turned the leaf over we saw that the swelling was empty, just a swollen shape next to the midrib. 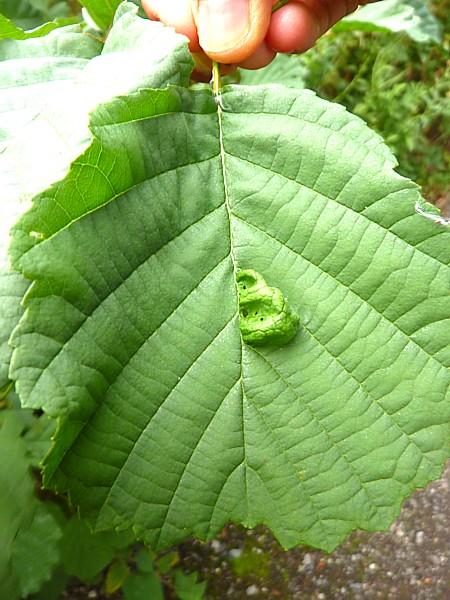 Another Alder tree had unusually big glossy leaves and larger-than-usual cones. Was it a different species or is this just natural variation? 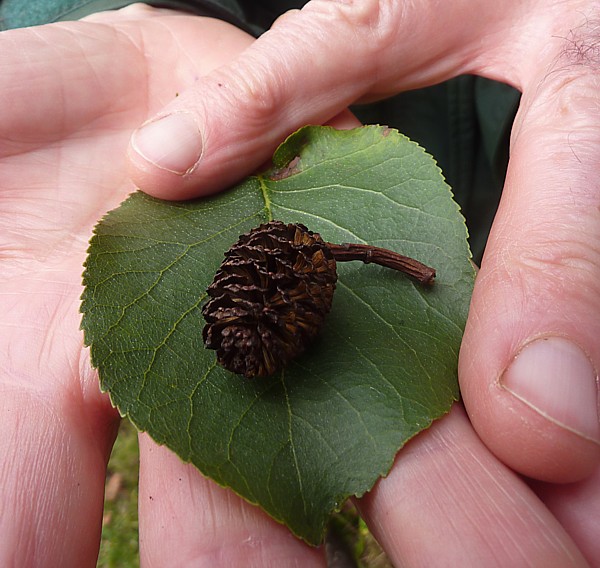 All around the reserve there were open-fronted bird boxes on the ground, each with a laminated picture inside, which was some sort of treasure trail for children. Lots of wood sculpture, too. There were wooden bluebells by the entrance, a wooden woodlouse by the woodpile, badgers going in and out of tunnels in the woods and a woodpecker on the side of a tree. 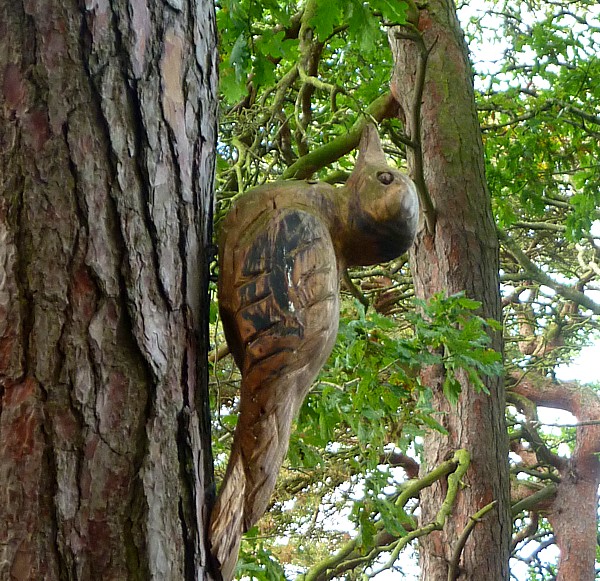 Amongst the many genuine bird boxes up in the trees was a bat box, accompanied by yet more wood sculptures, this time of fruit bats. Interesting for the kids, but whether the real bats would fnd them encouraging is another matter!  The best piece of art was a Heron sculpture by Paul Bearman, commissioned with funds donated by the National Exhibition of Wildlife Art. 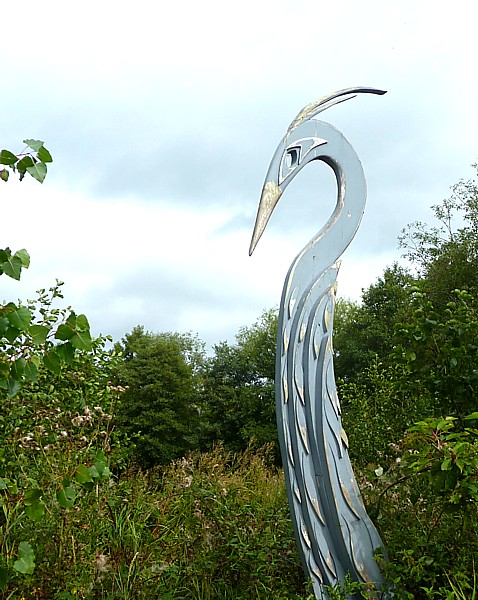 Back in the main hide over the Scrape, the Warden’s telescope was on a Curlew Sandpiper, which we were all able to have a good look at. Some then went to the hide called the Blockhouse and saw Little Grebe, Snipe again, Marsh Harrier again and a Reed Bunting.  Then back through the woods to Ness Gardens. This morning’s distressed Rabbit had now become Corpse of the Day, lying dead in the gutter with its paws in the air. 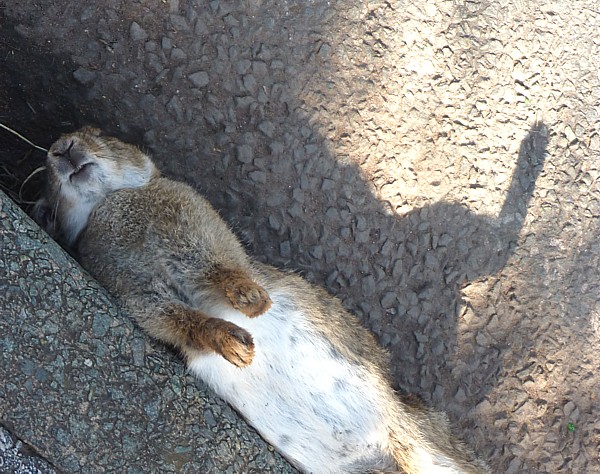