What a glorious day it was! We walked the new footpath from Seacombe to Woodside, through Birkenhead docks. It’s the most recent addition to the Wirral Circular Trail, opened up last September after a 12-year campaign by a Wirral resident. 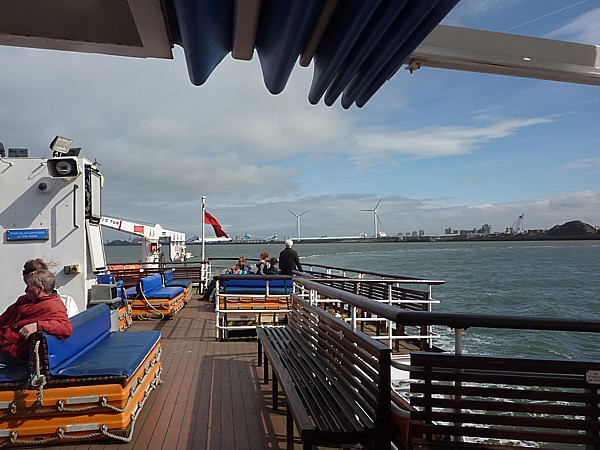 We met at the Pier Head and took the 10 o’clock ferry to Seacombe. Our best bird of the day was almost the first one we saw. A dull-looking wader on a rock next to the river. It’s a Spotted Redshank!  The few I’ve seen before have been quite dark glossy birds, and they are all supposed to have migrated back to their northern breeding areas by May, but this must be a pale non-breeding adult. 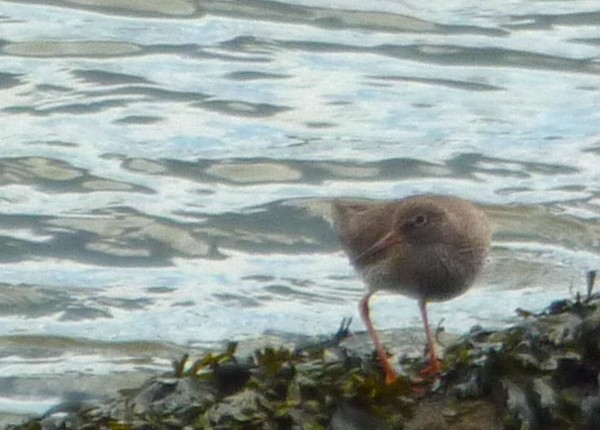 Other birds included a Pied Wagtail on the rocks, Canada Geese and Cormorants along the river, Great Crested Grebes in the docks, Swallows skimming the water, Linnets amongst the Dandelions on Tower Wharf and Greenfinches and Goldfinches in the trees. 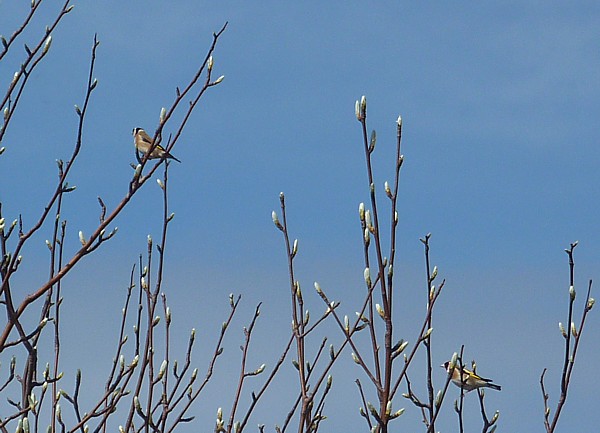 On the overgrown setts on the dock edges were lots of clean empty mussel shells. Have the gulls been dropping them to get at the meat inside? 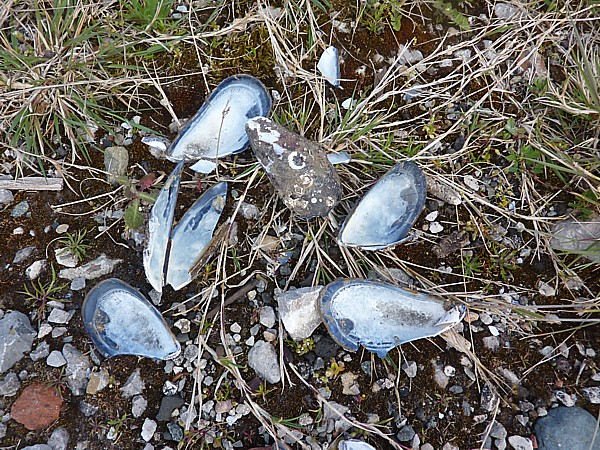 The trees are perfect just now. The shapes of the trees and the branches are still visible but the fresh young leaves are coming out in various distinctive shades of green. Here’s a selection – a young Whitebeam tree and its new leaves, fresh Beech leaves and Hawthorn buds. 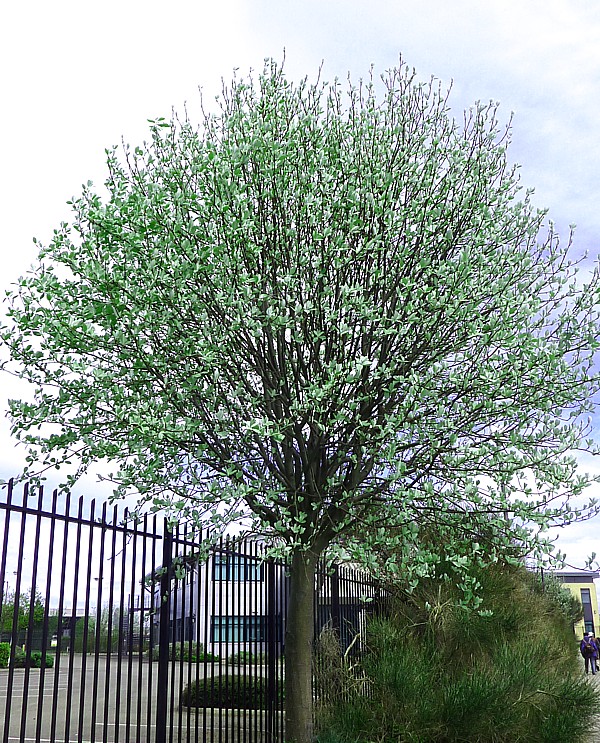 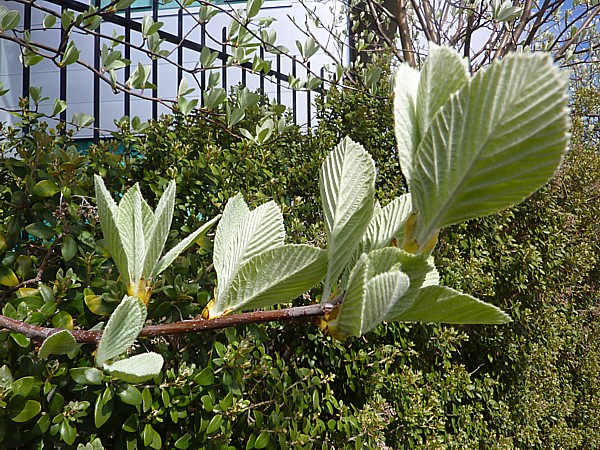 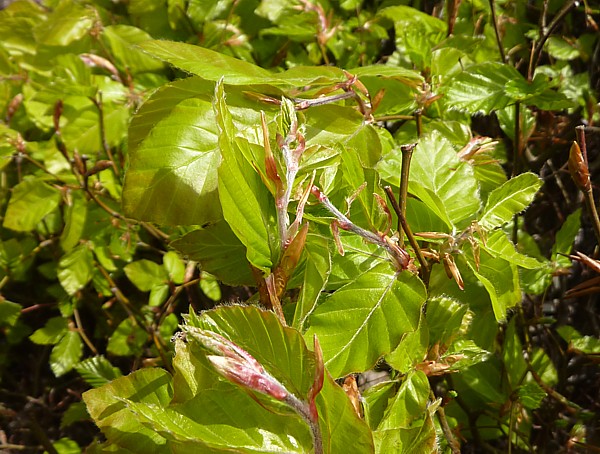 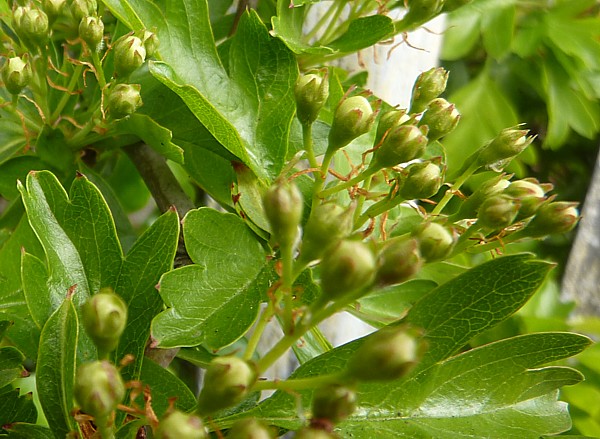 Near Edgerton Wharf we spotted a Bumble bee trying to find a burrow in a grassy bank. Whipping out my FSC bee identification card (bought yesterday at South Stack RSPB) I think it’s a Garden Bumble Bee. 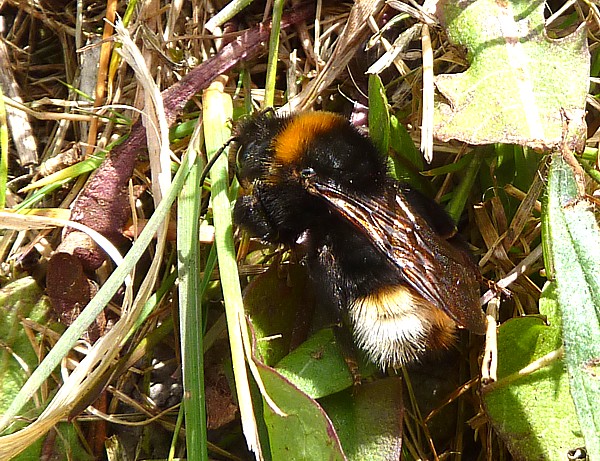 Later we also saw a smaller bee on the footpath, which was crawling along, hugging the deepest shade and looking sick. It was probably a Tawny Mining Bee. The butterflies were loving the sunshine, of course. None of them stayed still long enough to be photographed, but we saw a Large White (probably a male with a yellowish tint), a Red Admiral, several Small Tortoiseshells dancing together and a small white one which was moving too fast to ID.

Flowers included some fresh Ragwort near North Alfred Dock and a ring of Daisies at Edgerton Wharf. 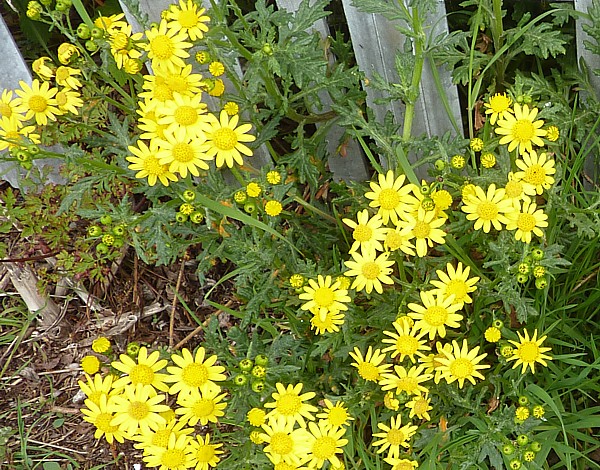 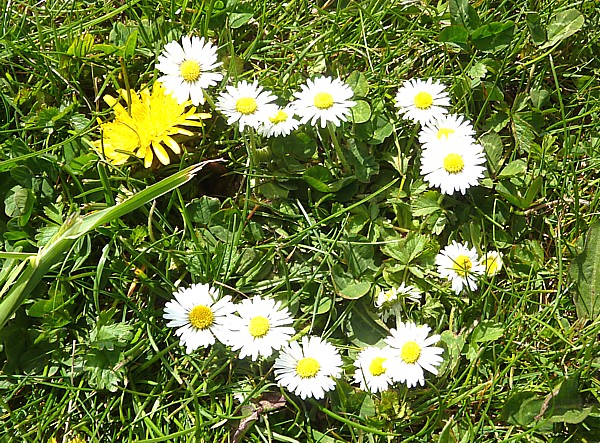 The route has an interesting mix of the old and new. One of the docks held a derelict vessel, and there is still some old winding machinery set into the pavement, marked as made in 1860 by the Dagliesh St Helens Foundry. The chain is still around the wheel but now there’s a tree growing out of it.  But the same corner now has the Liverpool John Moores University Astrophysics Research Unit. 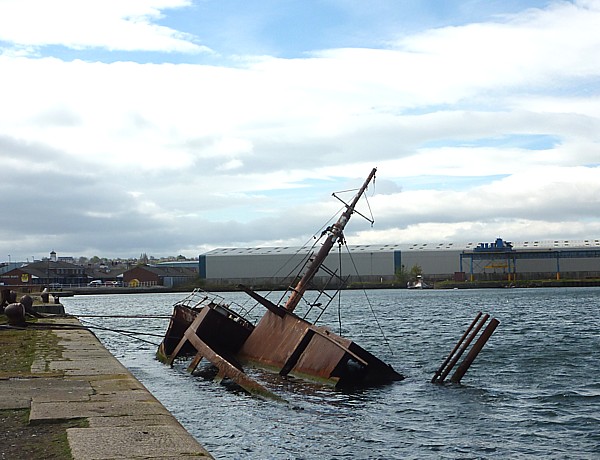 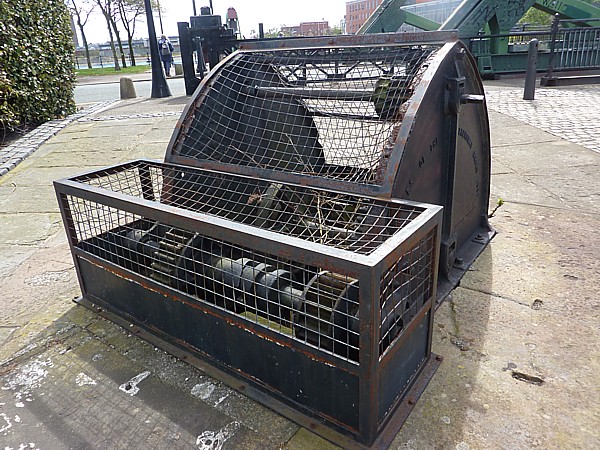 Near Woodside we passed the old one-o’clock-gun. 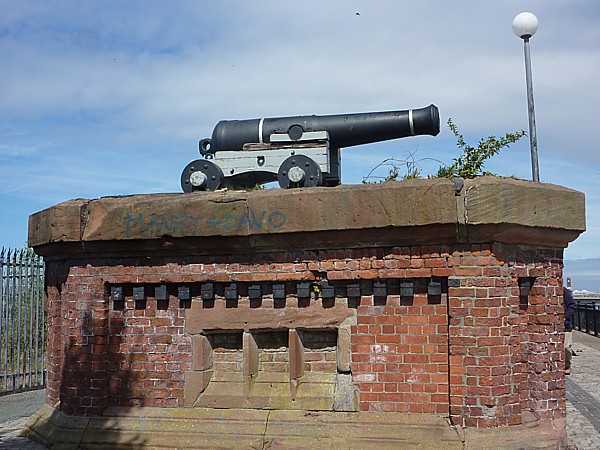 Once it provided a time signal to shipping on the Mersey and was fired electrically from Bidston Observatory. It started on 21 September 1867. Firing was suspended during the Second World War, but then the tradition carried on until 18 July 1969. The website of the Proudman Observatory at Bidston says the original canon was a relic of the Crimean War. In 1933 the War Office provided a new cannon, a 32 pounder from Woolwich Arsenal, and after WWII it was replaced by a third gun, a six pounder naval anti-aircraft Hotchkiss gun. One of the earlier canons is now said to be at the Maritime Museum, but I don’t know if this one still on the plinth is the Crimean gun, the 32-pounder or just a replica.

We had our lunch just before Woodside Ferry, admiring the magnificent views over to Liverpool Waterfront. 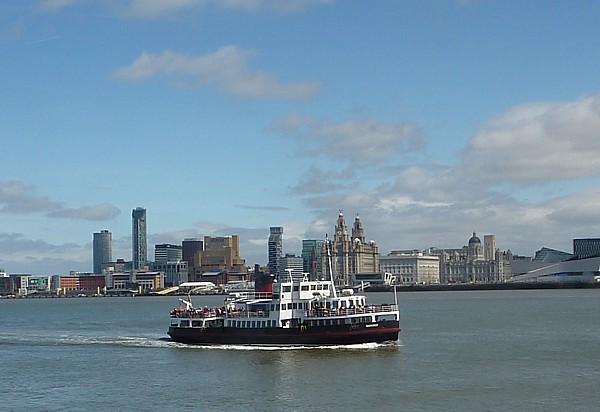 After lunch we continued southwards to Monk’s Ferry and Norton Priory. 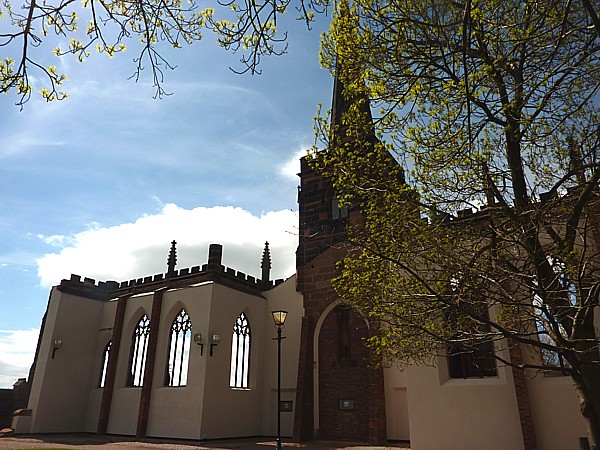 Norton Priory is the oldest standing building on Merseyside, founded in about 1150. The monks from here operated the first Mersey Ferry. It’s now a Scheduled Ancient Monument, and they’ve been spending Lottery money, repairing and rendering the former interior walls, opening a new entrance onto Church Street with a disabled lift, and providing new public toilets.

The cemetery contains the vault of the Laird family, starting with John Laird, the first Member of Parliament for Birkenhead, who lived 1805-1874, and also his ship-building descendants. We were also touched by a gravestone mentioning “Hannah and Mary Beresford (sisters) the faithful and much-valued servants of the Rev Canon Knox, vicar of Birkenhead, Hannah for 35 years and Mary for 51 years.”

We returned to Liverpool via Hamilton Square. There was no Peregrine on the station tower, but the blossom trees in the square were in full bloom. 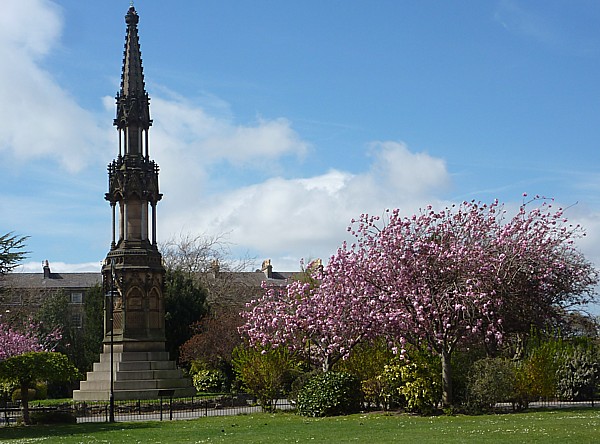