This was a joint MNA / Sunday Group walk.  On a cloudy day with a forecast of rain, two MNA members joined the Sunday Group at Queen Square, with the rest of the MNA expected to be on the 18 bus from Liverpool ONE bus station. However, it was completely empty when it pulled in at Queen Square. Happily, three other MNA members joined us at Croxteth Hall. 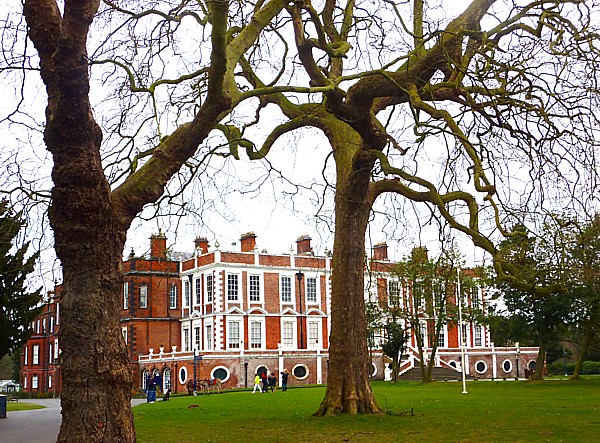 The trees were still bare, although some early cherry blossom is beginning to show and the Magnolia is just breaking into bloom. 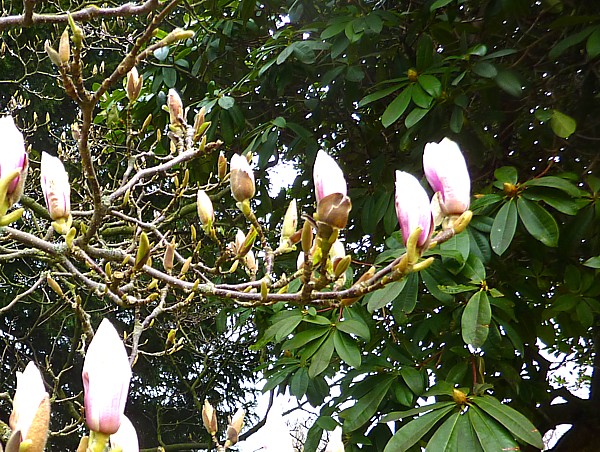 Birds were quite sparse, including Magpies, Mallards, Moorhens (but no Coots), Wood Pigeons, Robins, Great Tits, a Blackbird, a Jackdaw. A big tree near the lake had several Nuthatches and we spotted a distant Sparrowhawk.

Near the Hall a great old tree stump attracted our attention. 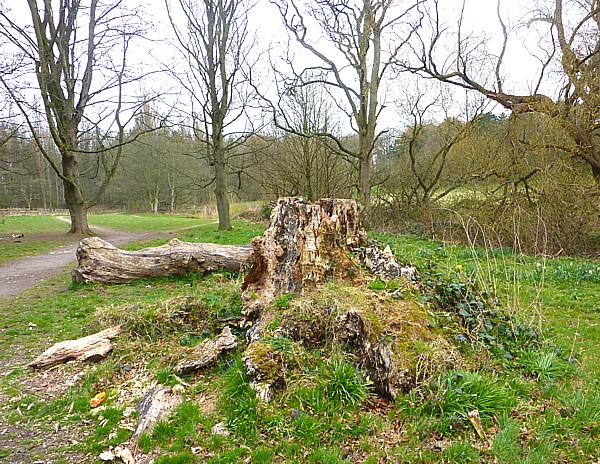 Growing over and around it were Bramble, Dandelion and Lesser Celandine, with Nettle, Red Campion, Wood Avens and Bluebell still to flower. Chris Felton rooted under some fallen bark and found woodlice and a small slug about 10 mm long. It was the Dusky Slug, Arion subfuscus. 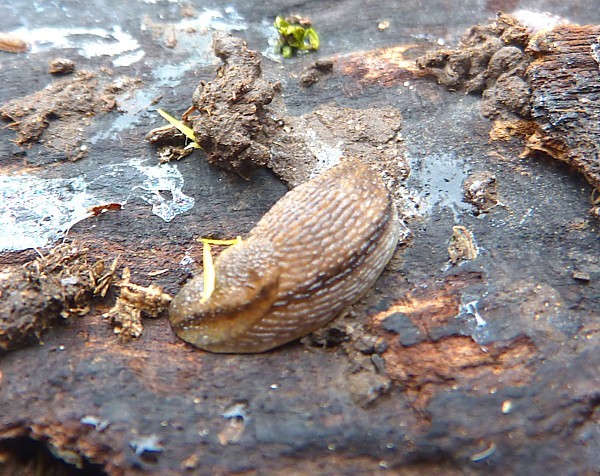 It soon began to drizzle, but we carried on, noting more plants trying to catch up on the Spring. Primroses were out, the Wild Garlic was just coming into bud and the Water Lilies were emerging from the lake. Dog’s Mercury, that indicator of ancient woodland, was near to flowering, the lawns were scattered with Daisies, and the Dandelions were popping out everywhere. 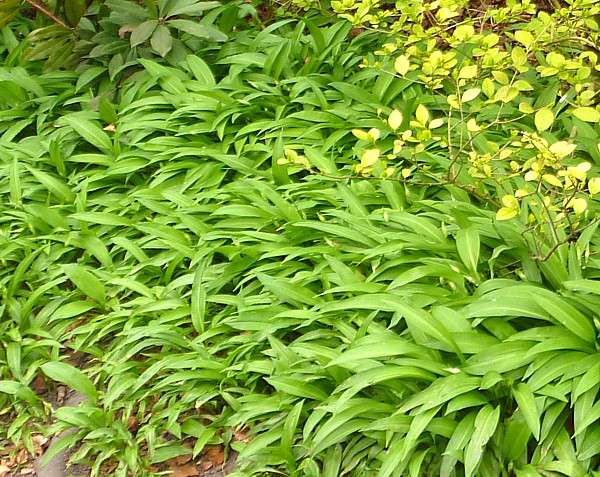 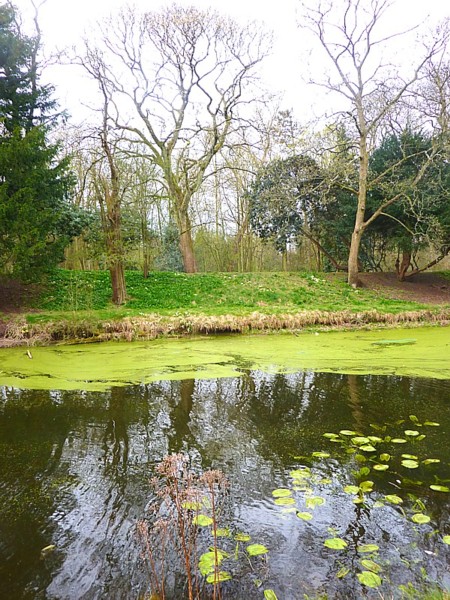 Sheltering from the rain, we ate lunch in the covered bay at the corner of the Hall. On the lawn in front of the walled garden were some delicate and dainty Snakeshead Fritillaries. 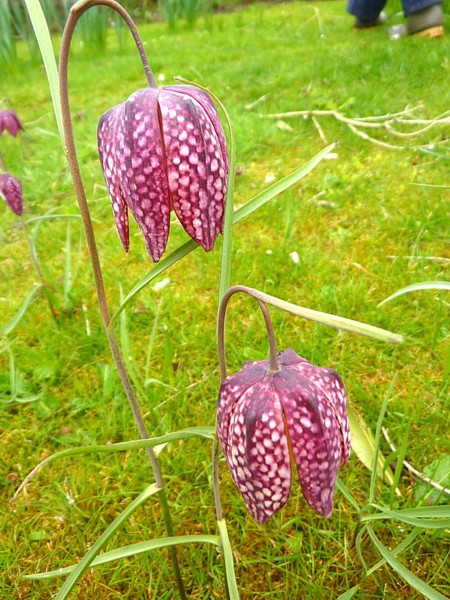 A huge old log was showing a fine crop of Trametes gibbosa, the Lumpy Bracket. 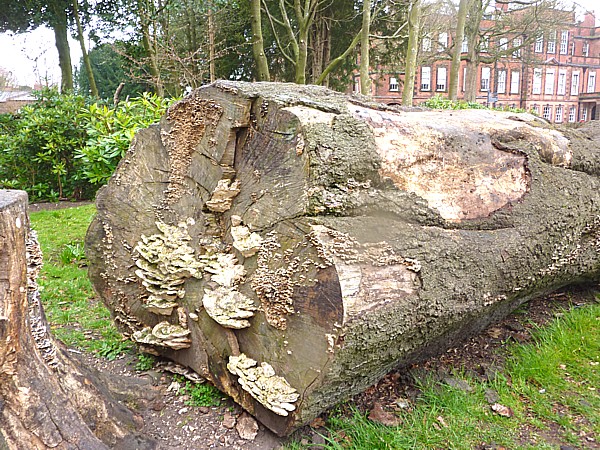 About 1.30 the rain stopped and a weak sun tried to break through. A Bumble Bee flew low over the undergrowth but we couldn’t identify it. Near the model railway was a clump of unusual flowers which Margaret identified as Summer Snowflake. 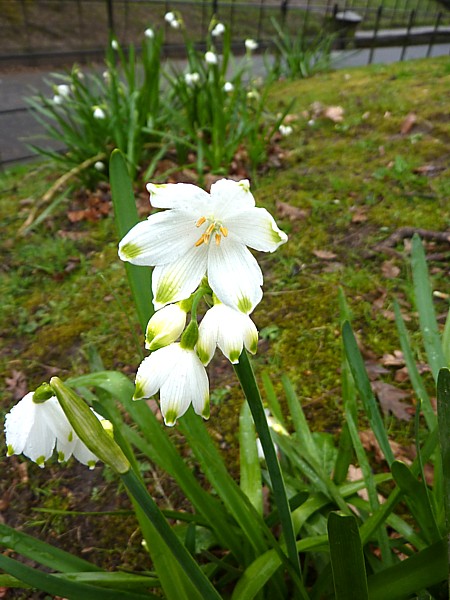 Our last fungus was the slime mould Enteridium lycoperdon, the False Puffball, looking like a dollop of rice pudding about six inches (15 cm) across. Apparently the Mexicans call it “caca de luna” or “Moon’s poo” Nice! 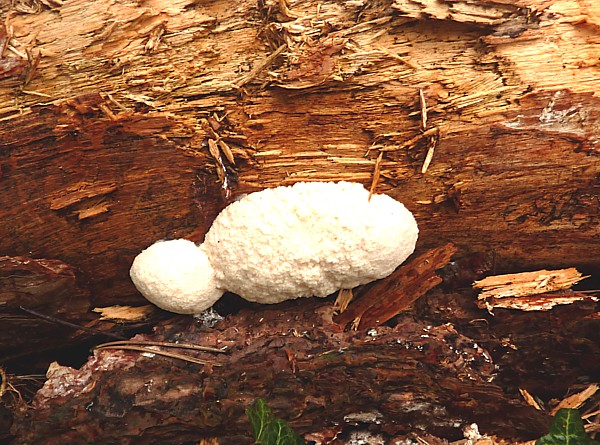 Thanks to Chris Felton for his encyclopaedic knowledge of plants, invertebrates and fungi.