Blossom is starting to burst out everywhere, especially on all the splendid Magnolias we admired from the bus on the way to Lydiate. It still isn’t really warm, but dry and overcast, with a freshening breeze, very clear views from Liverpool over to the Wirral and the Welsh hills, and the threat of rain later. We took the 300 bus from Sir Thomas Street at 10.20 and got to Our Lady’s RC Church at Lydiate at 11.10. 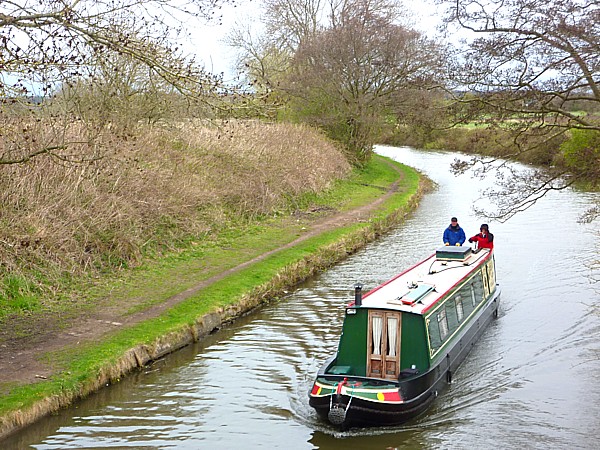 There is a small rookery in the churchyard, and the calls of the Rooks followed us down Hall Lane. Outside one of the houses there is a sumptuous Aubretia along the garden wall, which we have admired in previous years. 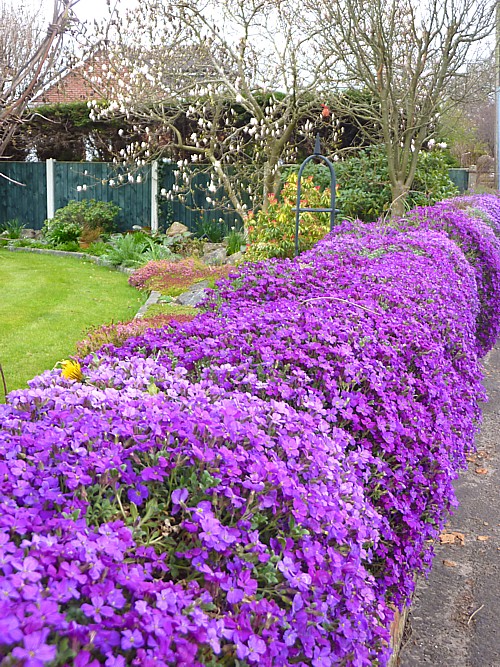 In the sheep field on the right there was a big dew pond with Shelducks in it and Jackdaws on the edge. Swallows were flying over the field, Goldfinches and House Sparrows twittered and we spotted a pair of Linnets on the fence. Both Red Dead-nettle and White Dead-nettle were flowering in the hedgerow. 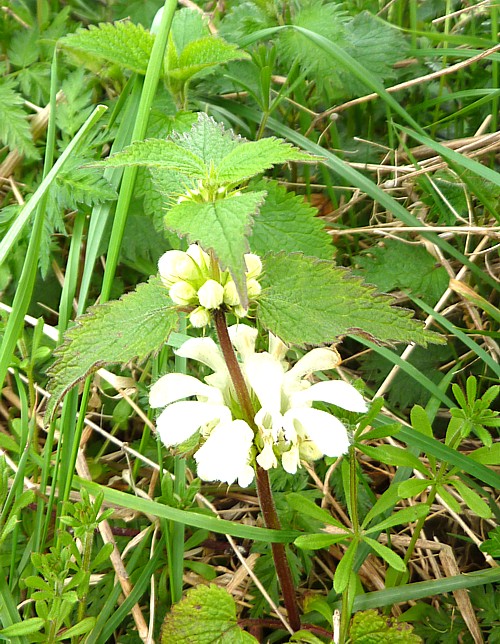 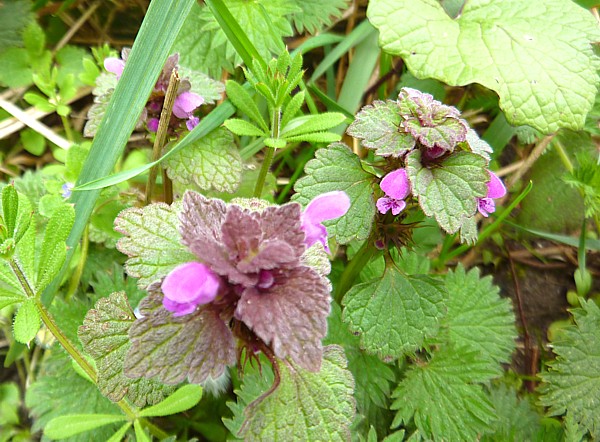 We took the footpath south alongside the racing gallop for the horses in training. Blackbird, Greenfinch, Magpie, Wood pigeon and a rabbit. We crossed the racecourse by two stiles, observing the sign warning of horses passing at speed! The trees held a Jay and a Crow, so we saw all the corvids so far except a Raven. Three Mallards flew over, looking like Hilda Ogden’s wall ornaments. Lunch was at Lydiate Hill Bridge, which carries just the footpath over the canal beneath, not a road. It’s hump-backed and narrow, crusted with old lichen, and if it’s the same age as the canal probably dates back to 1775. It’s Grade II listed, anyway. This picture, taken in late summer from the canal bank, is by “Irate” from Wikimedia Commons. 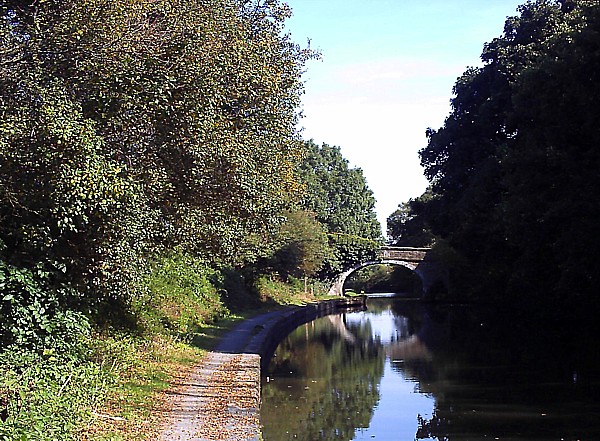 There were Moorhens and Mallards on the water and a Willow Warbler in the shrubs on the bank. We set off along the canal northwards, waving to lots of narrow boats. The Pride of Sefton went past, a boat we have cruised on in the past. There were Daisies, Dandelions and Forget-me-nots on the verge. 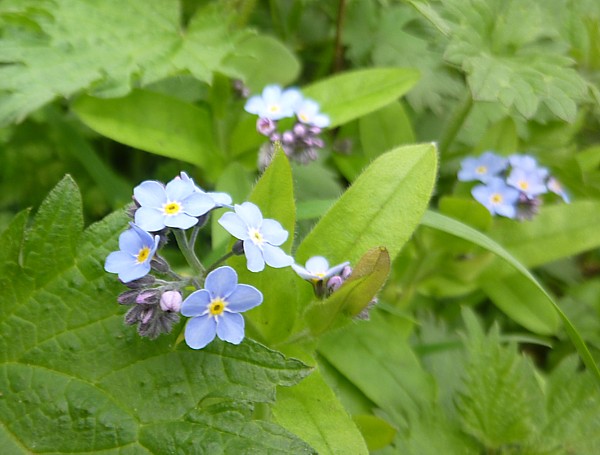 Just past Jackson’s Bridge some fishermen said they mostly get Roach and Perch. The flat fields had Canada Geese, an Oyster Catcher and a small mixed flock of Herring Gulls and Lesser Black-backed gulls apparently sitting on the ground.  A field was being harrowed while another had a crop already growing – a cereal crop in neat rows. 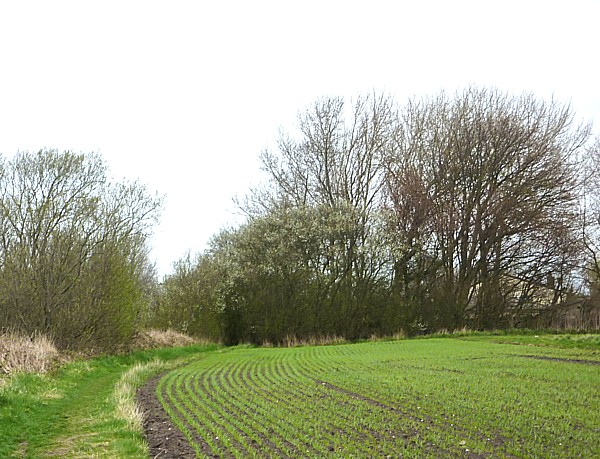 The wind was now gusty with spots of rain and it was very overcast.  We left the canal at Rimmer’s Swing Bridge and headed west along Green’s Lane, back towards the main road. The house on the corner with a large garden pond had a rather fine floating duck house (£540 each, according to Amazon! ) and an elegant ornamental Heron. 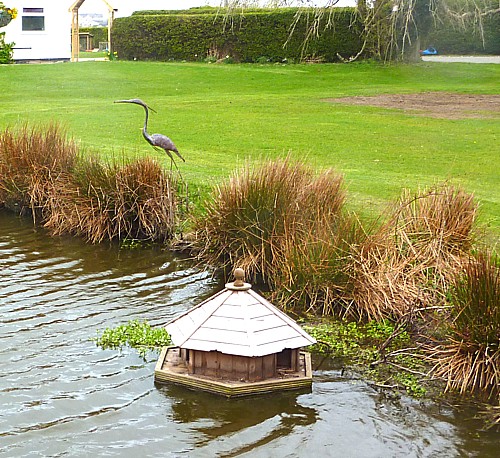 We noticed Collared Doves on a wire and Lapwings in field, but we were walking straight into the teeth of a strong wind and a persistent drizzle. We were very happy to get to Lydiate Hall farm opposite Our Lady’s church, and into the Hayloft tea shop for some shelter and the loo. They keep a large duck pond, dozens of tame Mallards, some Guinea Fowl and a lot of  Peacocks. One displayed obligingly for us. 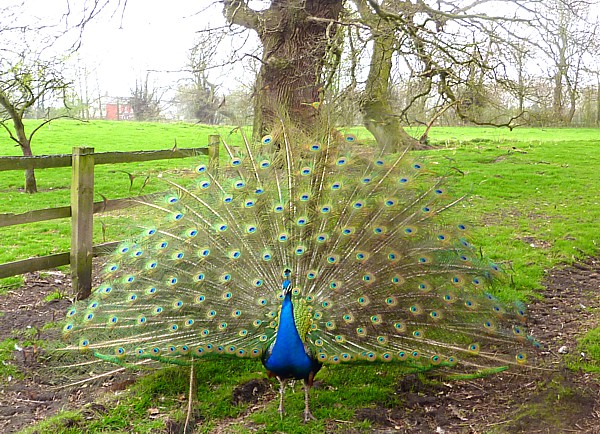 He did a twirl, revealing that he looks just as amazing from behind! 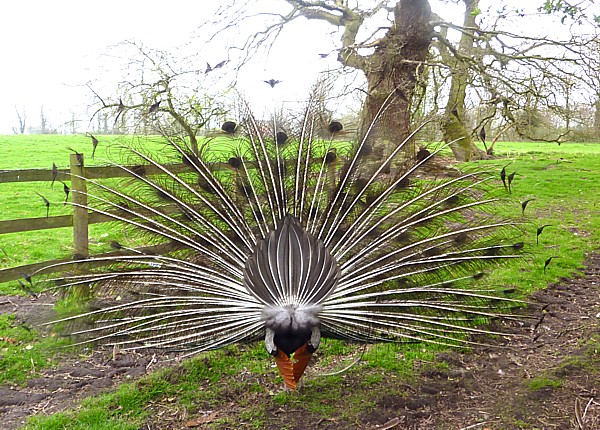 After a quick shop for duck eggs and mushrooms at the farm shop we caught the 300 bus at 2.20 back to Liverpool.