A welcome change in the weather. Bright and warm with a few light showers, if a little breezy, for the NWFG fungi foray.

Happily, the recent flooding of the land round the pond has subsided, so we were able to gain access to most of that area. There we were met by hundreds of Common Toads engaged in a mating frenzy, presumably triggered by the change in temperature. A Grey Heron was totally unfazed by our presence as he watched and waited for a meal to swim by. Comma and Peacock butterflies were spotted round the water’s edge.

The change in weather had come too late for us to find the larger spring fungi which will probably pop up in the next few weeks, having been delayed by the cold then very dry spell. A lot of dead wood had been brought down by the snow and wind and this was subject to careful examination. One pile of logs revealed a bleary eyed Great Crested Newt, not quite ready to hit the water

Despite much searching, most of the fungi found were the usual species for the time of year. Only two with gills and a stem. Tubaria furfuracea (Scurfy Twiglet) and Strobilurus tenacellus (Pinecone Cap), a typical find on buried cones. (This picture of the latter is of a specimen found at Allerton Golf Club last December). 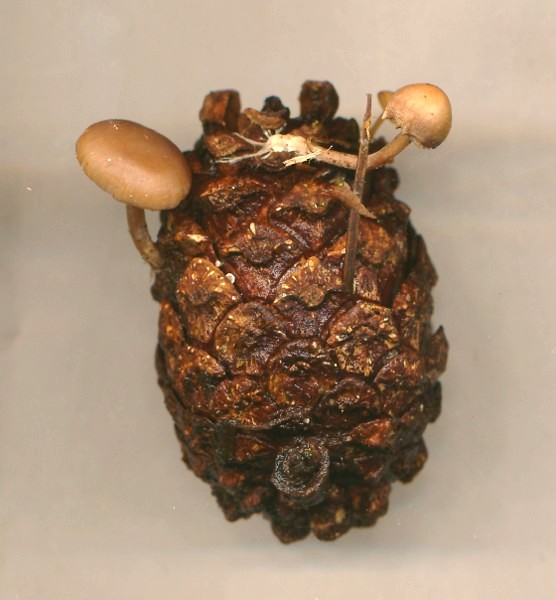 The rest of our finds were of brackets, such as Trametes versicolor (Turkeytail) or tiny disc fungi and crusts that tend to live in the warmth and dampness under logs and fallen branches. 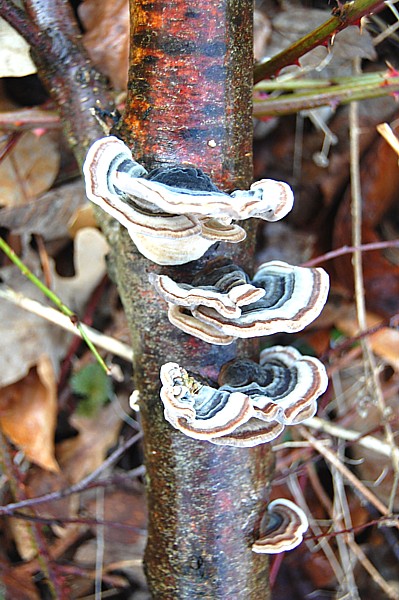 We kept to the woods as it was a bit fresh out on the dunes. We did make an excellent find under some hawthorn trees. A tiny cup fungus Monilinia johnsonii is to be found on overwintered and mummified berries. It is uncommon but that could be because it is very small. Two of our party spent some minutes on hands and knees searching through the leaves and undergrowth before they uncovered a good collection of this species. 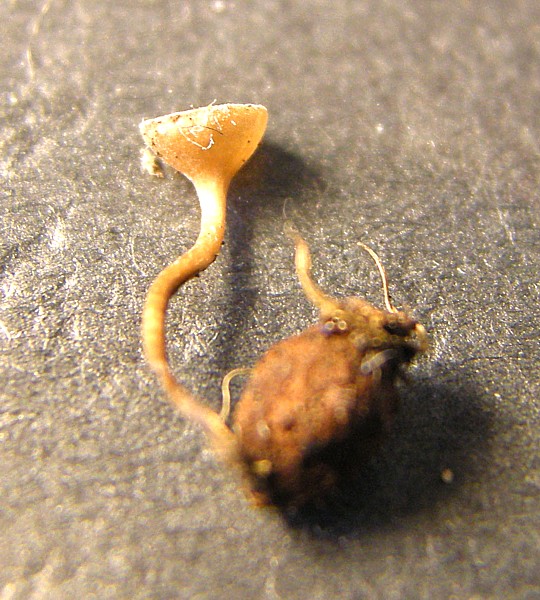 Interestingly, the fungus first develops on the hawthorn as a leaf blight, then infects the flower which in turn causes the mummification of the berry. The berry falls. The fungus grows. The cycle starts again.

The total of species found and identified came to forty which is not bad for this time of year.