On a bright sunny morning, after an overnight frost, we took the 10.15 train to Chester and set off on our usual walk along the canal. 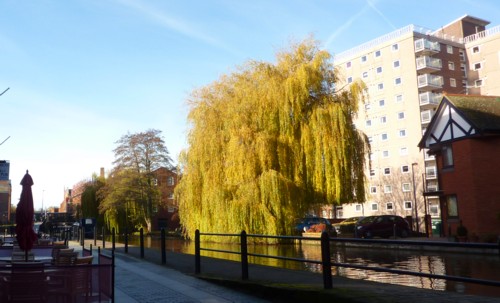 There were only a few Mallards, one Moorhen, and the usual town tykes, the pigeons and the Black-headed Gulls. A Pied Wagtail flew off from the bank and some Himalayan Balsam was still in  raggedly flower. At the Telford warehouse the sky was full of pigeons, which congregate on the roof there. 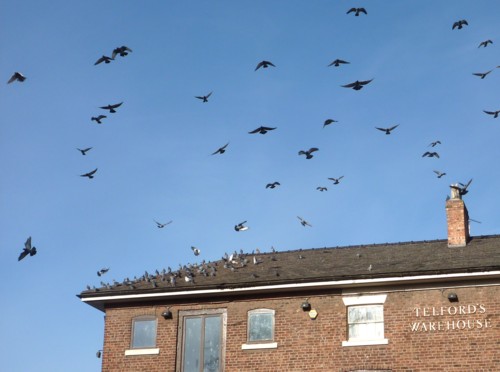 Below it there were the resident pair of Mute Swans. There are usually more of them, but either the cygnets have already dispersed or their brood failed this year. 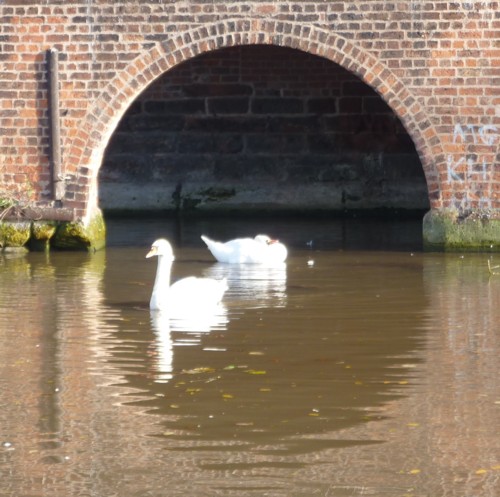 We lunched in Water Tower Gardens, glad of the warm sunshine. We seem to be wading ankle deep through carpets of golden or bronze leaves more than usual this autumn. Is it a bumper year, or is it simply that park staff have been reduced because of the recession, and there is nobody to sweep them up? Then past the strange but colourful sculpture, based on jockey’s silks, and onto the Riverside Promenade. 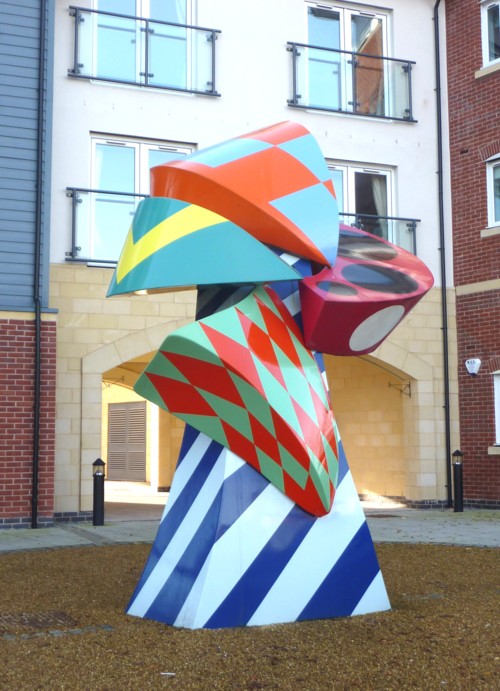 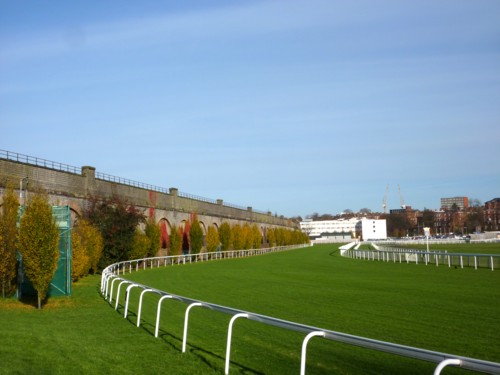 Between the Roodee racecourse and the river the verge was full of the dead stalks of Giant Hogweed and Teasel. There was also an umbellifer in very late flower. Was it Common Hogweed? 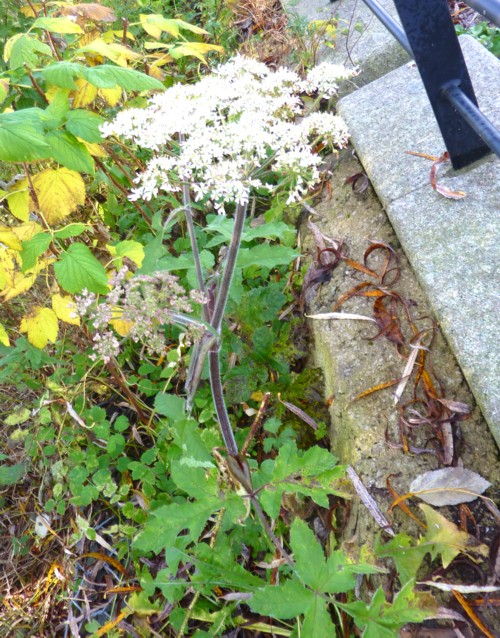 We left Chester earlier than usual because another Waxwing hunt was proposed. They had been reported from the Stanley Road / Lambeth Road corner, but by the time we got there, they had gone. However, a flock of about 200 were back in Fountains Road on Wednesday 21st. They were very skittish, flocking around and trying to land on just two or three trees with golden berries. They never seemed to settle for more than a second or two, then they were off again. The trees were mostly stripped, anyway, with just a few berries left on the lower branches. But it’s a year-tick for me, anyway. Here’s a couple of “pocket camera pictures”, which I know wont win any awards! 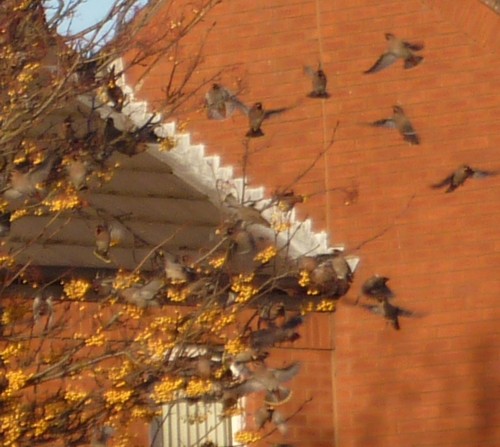 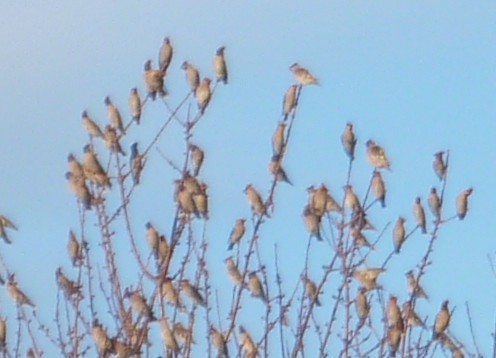