Posted on November 26, 2012 by Sabena Blackbird

Twenty five MNA members joined our final coach trip of the year to the popular destination of Leighton Moss RSPB Reserve. The coach driver dropped off the majority of the group down at the coastal hides that overlook Morecambe Bay, saltmarshes and coastal pools. The Allen and Eric Morcambe Hides have recently been replaced with money from the Heritage Lottery Fund. They afforded us some great views of a Peregrine sat on a fence post, Lapwings 600+ which were flighty as ever taking off if any Carrion Crow came too close, Curlew 14+, Redshank, a lone Spotted Redshank in its silvery Winter plumage and prominent eyestripe, plenty of Winter ducks with Shoveler 25+ pairs, Pintail 3 pairs, Gadwall 3pairs, Wigeon 175+ and Teal 200+. Out at the back of the saltmarsh Greylag Geese 50+ were joined by the odd Canada Goose, Shelduck, Grey Herons, Mute Swans, Little Egret 4+ and a Great White Egret. 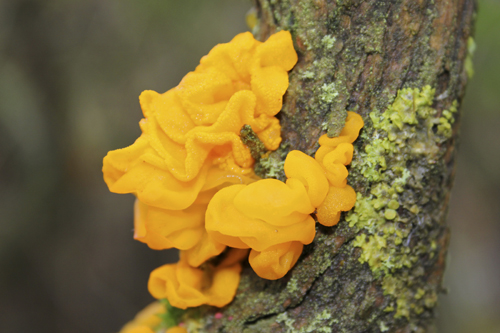 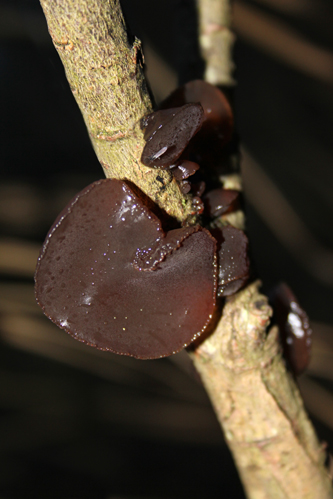 We slowly wandered back along the lane to the main reserve finding some Coral Spot Nectria cinnabarina en route and watching a rattling Mistle Thrush. An unfortunate road casualty was a Blackbird. Not wishing to add to the fatality list myself with the number of speeding drivers I moved the corpse to some ivy for a photo. 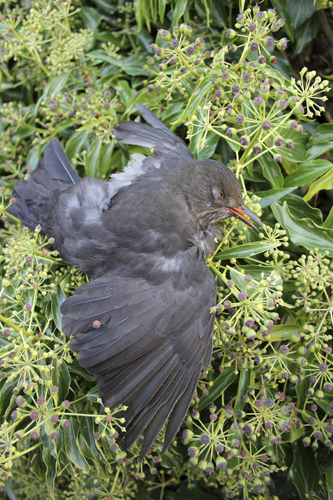 We walked along the causeway to Public Hide passing the impressive Oakmoss Lichen Evernia prunastri on the trees. More wildfowl with numerous Gadwall 44+ pairs, Coot 120+, few Shoveler, Tufted Duck 7 pairs, Goldeneye 2 females, a lone Cormorant and a superb sub-adult male Marsh Harrier  it should have returned to Africa by now but was expertly manoeuvring over the reeds intensively searching for prey occasionally dangling its feet as it dived into the reeds. We had more excitement as the whole of the wildfowl gathering suddenly swam into open water away from the reedbed. An otter has recently been doing the rounds and had earlier taken a Coot. 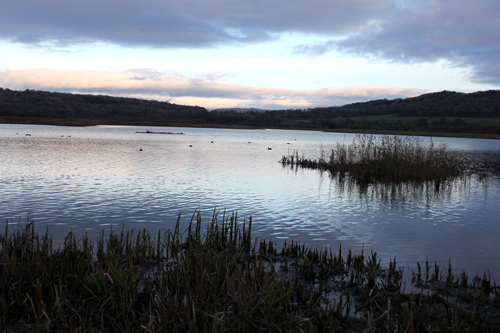 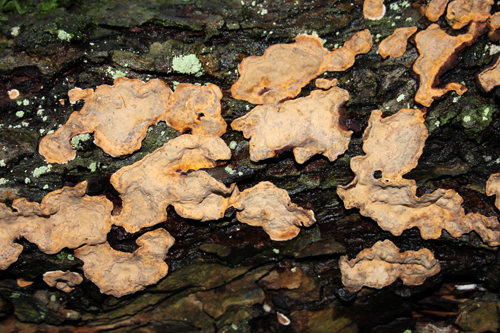 A number of people had been putting out handfuls of bird seed on tree stumps along the path and some seed placed in a hollowed out fallen tree trunk proved a great hit! Blue and Coal Tits were joined by a Nuthatch, Treecreeper and a couple of Marsh Tits  very similar in appearance to Willow Tits some handy ID hints include the Marsh Tits distinctive ‘pitchu’ call, lack of a pale wing panel and presence of a  pale ‘cutting edge’ to the bill. As the gloom began to descend we heard the distinctive raspy “scaip-scaip call of Common Snipe over the reedbed along with some bellowing from the Red Deer. As a finale to the day we were treated to the swirling aerial display from the massive Starling flock before it descended into the reedbed to roost for the night. A great trip to end the 2012 MNA programme!