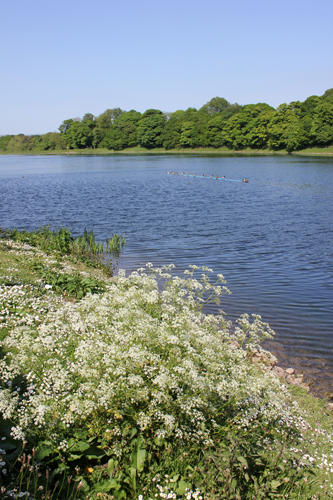 Worthington Lakes, owned by United Utilities, are made up of three reservoirs built to supply Wigan with drinking water and are fed by the River Douglas which originates on the moors above Rivington.It was still hot when we arrived at Worthington Lakes from Brockholes and a singing Wren greeted our arrival. Flowering woodland plants included Herb Robert Geranium robertianum, Wood Avens a.k.a. Herb Bennet Geum urbanum, Greater Stitchwort Stellaria holostea and Yellow Pimpernel Lysimachia nemorum. Mike Barrow and Chris Derri found two plant species that were infected by fungus. 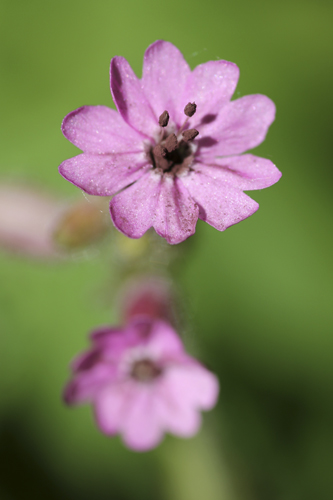 The anthers of Red Campion Silene dioica were covered in a black dust caused by the anther smut Microbotryum violaceum. The rust fungi Uromyces muscari had formed yellow patches with reddish brown spots on a Bluebell Hyacinthoides non-scripta leaf. Insects included a Scorpion Fly Panorpa sp. various Hoverflies and good numbers of the Click Beetle Athous haemorrhoidalis. Click Beetles have a special hinge on their thorax, and by arching their body they can create a tension on the hinge, like a coiled spring. When threatened they leap into the air and the tension is released causing a clicksound. 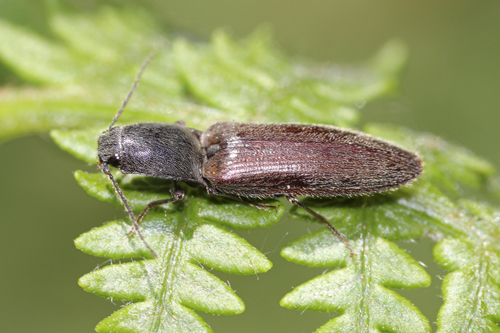 We were unlucky with our target bird species  Mandarin Duck which nest here but did have good views of a pair of Great Crested Grebe with four stripey young.