On the previous two occasions we had been to Taylor Park, it had rained hard, so we were surprised to finally see it as it ought to be. It was bright, sunny and warm nearly all day. 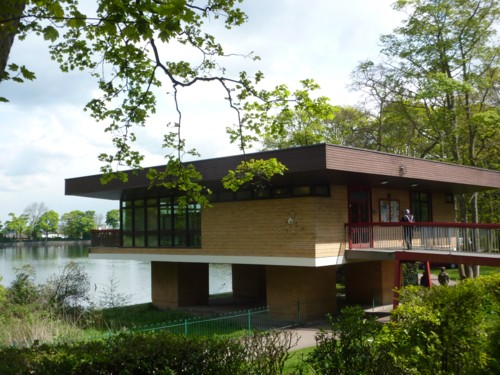 Several unidentified white butterflies were on the wing and a pair of Speckled Woods were dancing together next to some shrubbery. In the parkland we saw Robin, Wood Pigeon, Blue Tits, a Wren, a Nuthatch, two Treecreepers and we heard a Chiffchaff. A Great Spotted Woodpecker flew over the trees in the distance. On the main lake (“Big Dam”) were Canada Geese, a motley-looking Greylag, Mallards, Coots (two on nests), Herring and Lesser Black-backed gulls, a Swallow, a pair of Common Terns, one of whom often sat squatly on an orange buoy, the other taking an interest in a possible nesting platform. A Grey Wagtail flew out from under the Ranger Station. A Mute Swan was nesting in the bushes on the far side and there was also a Great Crested Grebe on a nest. The swan and duck food came out of my pocket (I’m still trying to get rid of it.) The geese turned their beaks up once again, but the Mallards seemed to like it. The squirrels were not impressed. 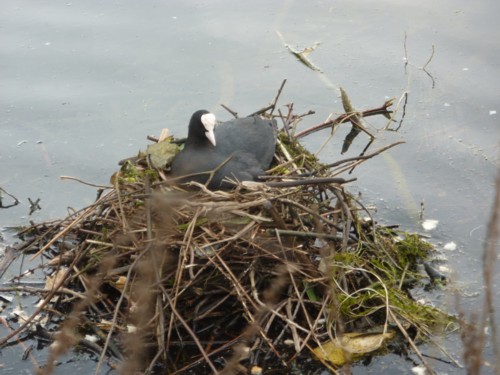 We planned to lunch beside Big Dam, but some enthusiasts were running their noisy model boats, so we headed for the Quarry Garden. 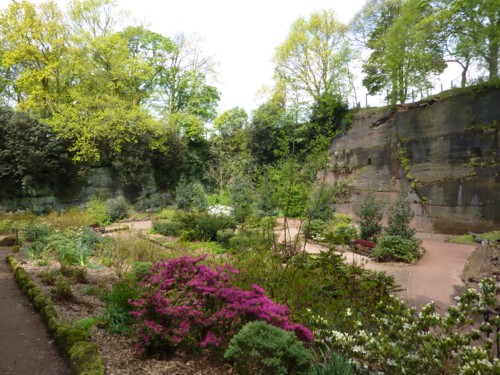 Above the Quarry Garden is a viewpoint looking over to Billinge Hill. 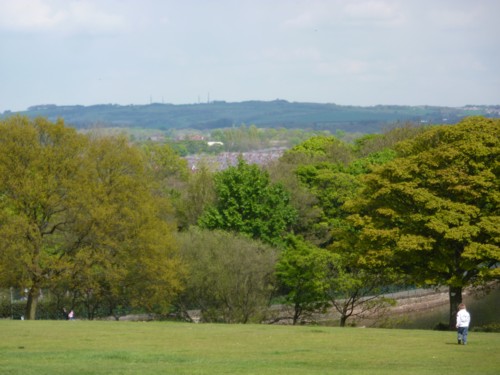 The leaves on the Whitebeam trees were just coming out, standing up like Magnolia blossom against the blue sky. 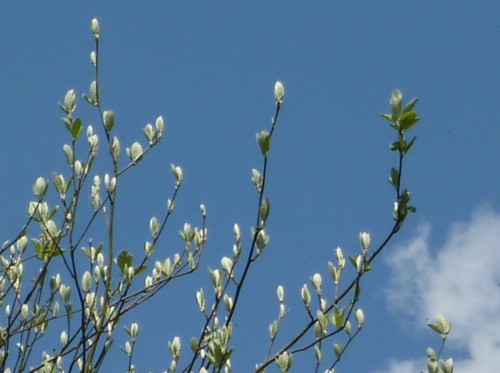 In the wooded area around Eccleston Bottom Dam there was Yellow Archangel, Marsh Marigold, white and blue Bluebells (of mixed English / Spanish ancestry) and something we thought was Pink Purslane. 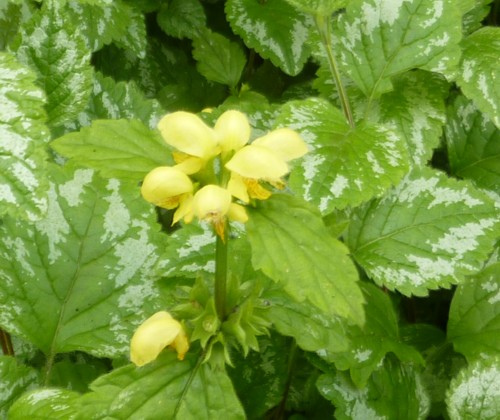 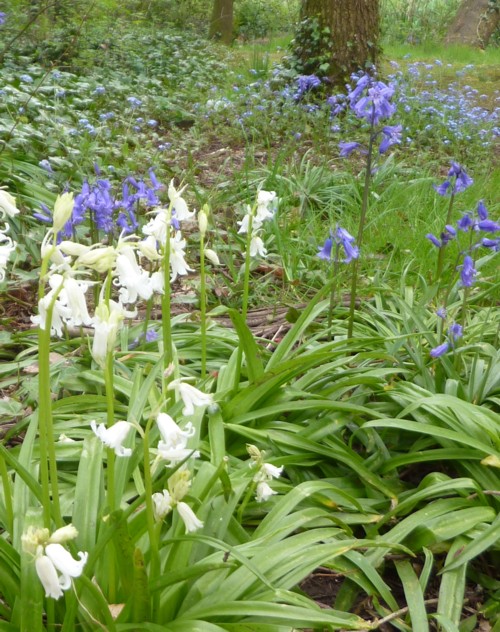 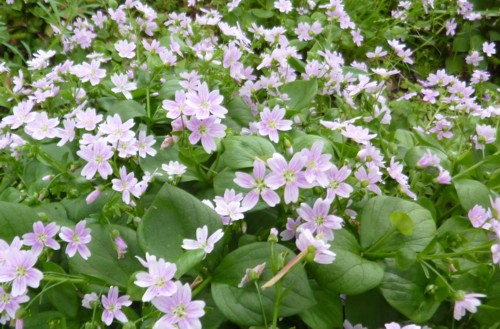 On Eccleston Bottom Dam we stopped to watch a pair of Great Crested Grebes with two well-grown youngsters, nearly fledged. Dad approached with a large fish (perhaps five or six inches long) and one of the chicks steamed towards him and gobbled it down. A few minutes later Daddy Grebe came up with a similar fish and again one chick hurried over to him and was fed. There was no squabbling over the food, the chicks seemed to know whose turn it was. We asked a fisherman, and he thought the male Grebe was catching young Roach for his family. That same fisherman was just about to return a very nice fish to the water, a large Bream. 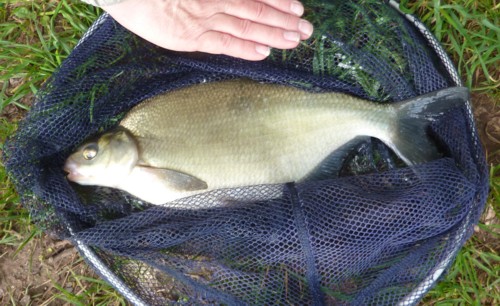