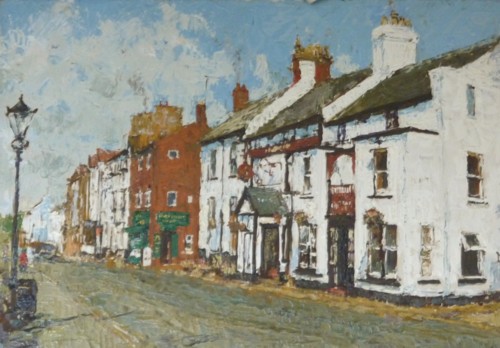 With the promise of a high tide, we took the 487 to Parkgate, and as we travelled through suburban Wirral we admired the early-flowering pink and white cherry trees, Forsythias, masses of daffodils, and a few Magnolias just about to bloom.

The RSPB was there with its van and tent, and the telescope brigade were lined up along the walls of the Old Baths, but the tide wasn’t particularly high, even along the quay northwards, despite being billed as 9.7 meters. 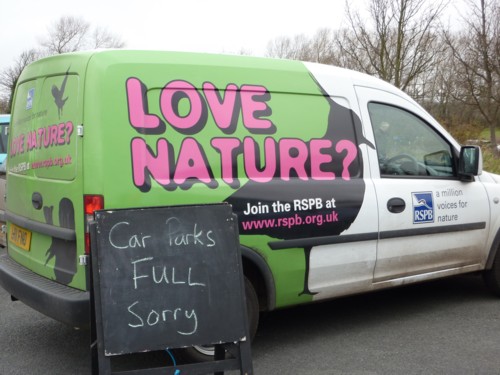 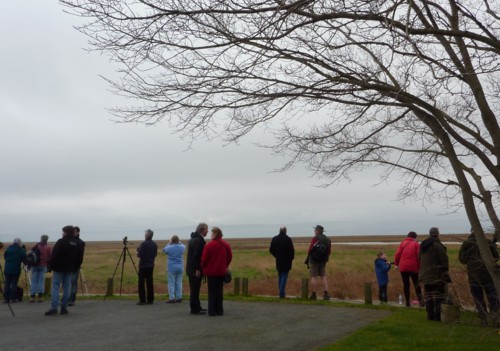 In the pools out in the marsh we saw three Little Egrets, some Oystercatchers, two Pintails, Canada Geese, some Teal, a Wigeon, lots of Mallards, lots of gulls, a pair of Mute Swans and a female Red-breasted Merganser.  Where the road turns into the car park there were several fresh Molehills.

We crossed the golf course and headed back along the Wirral Way. Skylarks were singing, a Kestrel hunted over the Gorse, and we saw a Long-tailed Tit, a Robin, a Wren, a Chaffinch, a Jay and a Grey Squrrel. Several kinds of catkins were out, but the trees were otherwise bare, except for the Hawthorn, which was showing fresh green leaves. 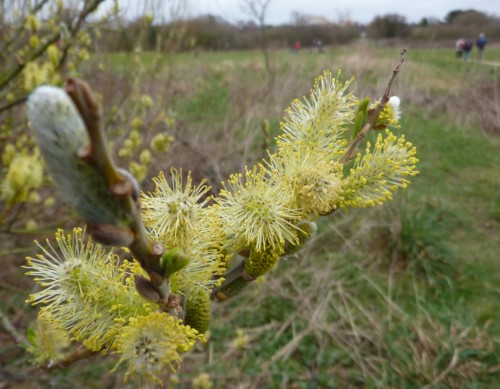 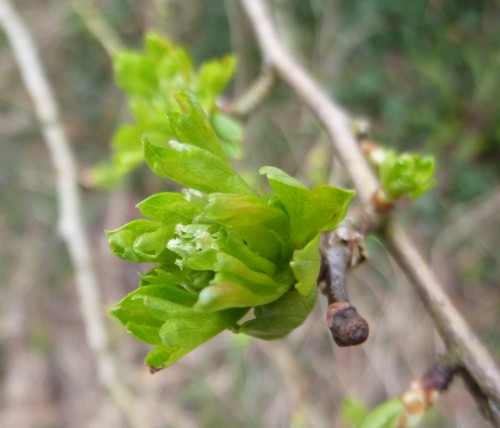 Back at the car park, I asked the RSPB staff how the day had gone, and they reported sightings of Hen Harrier, Peregrine and Merlin. We didn’t see those. They also said there had been a Spoonbill out on the marsh. Just as we were waiting by the bus stop for the 3.30 bus home, there it was with its back to us, not showing its distinctive bill, but clearly bigger than the Little Egret which landed beside it.