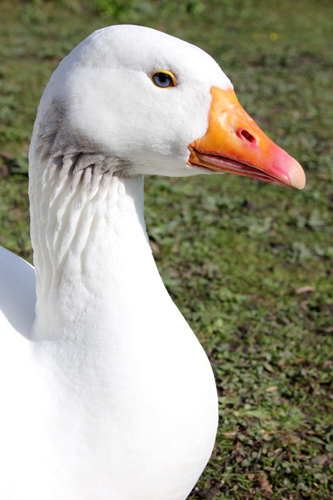 A regular venue for MNA coach trips, Ellesmere is always a popular favourite. We arrived to scattered clouds, sunshine and a gaggle of rather vocal farmyard Geese, Greylags and Canadas all begging for food from the day-trippers. The geese looked non too impressed with Barbara’s swan and geese pellets! 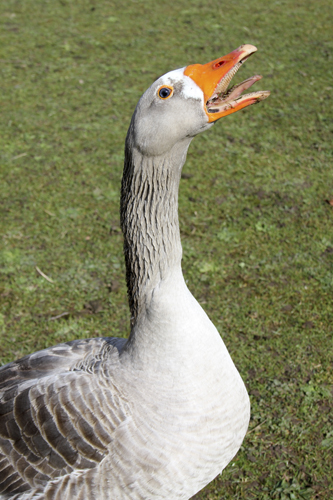 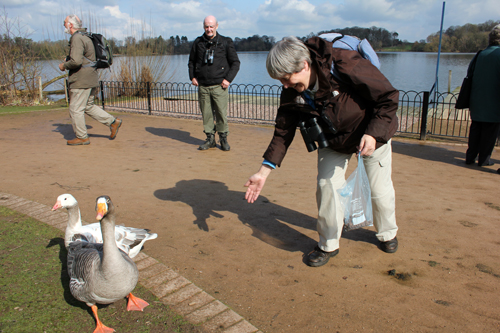 Barbara And The Geese

We had a quick nose in the visitor centre at the cameras fixed on the Grey Heron nesting Heronry on the island in the mere. A couple of Mute Swans had blue darvic rings on their legs with numbers 7FID and 7FIP. These birds have been ringed by Tony Cross of the Red Kite Trust and a record of these sightings were forwarded to him. As we slowly ambled around the mere Buzzards were mewing overhead, Tufted Duck and Goldeneye were diving out at the back and Great Crested Grebes were proudly sporting their spring headdress. 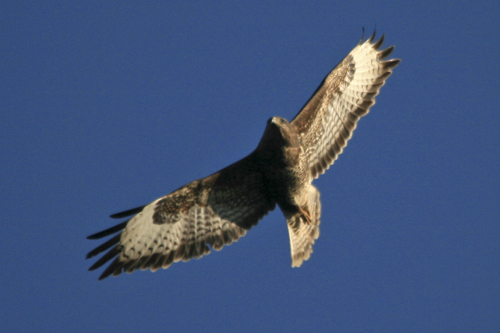 We stopped to look at a large Wellingtonia tree. Its fibrous looking trunk had a number of small indents with streaks of droppings beneath. Treecreepers snuggle into these holes to roost, their mottled back camouflaged against the trunk. Holes at various sides of the trunk are favoured depending on the wind direction.  As we entered the woodland we heard the distinctive tui-tui-tui call of a Nuthatch that was going to feature throughout the day. 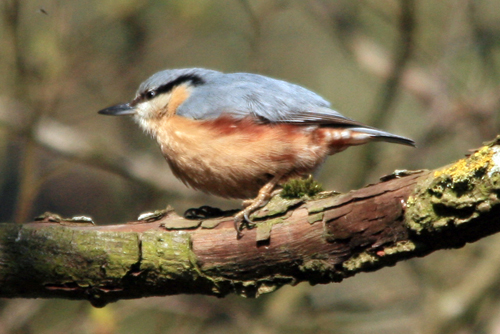 Spring was evidently here with Chaffinches pinking, Great Tits calling teacher teacher, Wrens giving the occasional blast of song from the undergrowth accompanied by Robins, Dunnocks, Blackbirds, a few Song Thrushes, Blue Tits, the odd Coal Tit and Goldcrest. John Clegg had a lucky sighting of a Lesser Spotted Woodpecker flying across the path. A Raven joined the usual corvids exclaiming prunk prunk as it flew overhead. We were glad when we watched a couple of upended Swans through our binoculars to find that they were Whoopers. A couple of members remarked that they seem to be able to hold their breath longer than Mute Swans. 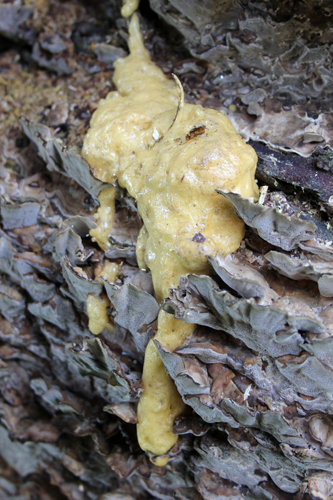 Various metal figures etc had been stuck onto some glacial erratic boulders beside the path. Modern art that had many scratching their heads!After lunch a small group of five of us walked through the small Shropshire Wildlife Trust Plantation Wood Reserve and down to the Shropshire Union Canal.

Walked along the towpath of the Shropshire Union Canal hearing a few more Nuthatch, Wrens bursting into song and a calling Chiffchaff. Two Red Legged Partidge ran across an arable field at the far side of the canal and a number of Mallard pairs sat on the edge of the towpath some dropping into the water as we walked by. Wood Anemones were in flower along the canal. It was a flat calm Blakemere with a pair of Great Crested Grebes joining the two Cormorants on the water. 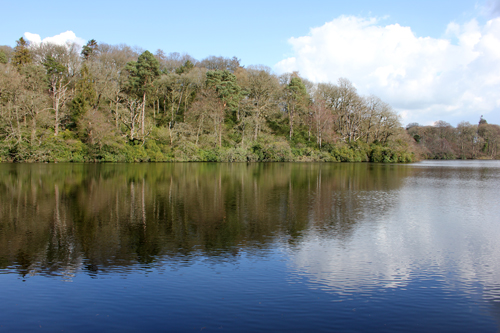 A few Greylags and Canada Geese were next to a pair of Mallards mooching in vegetation at the edge of Blakemere. A bare tree held a further eighteen Cormorants with one individual having particularly iridescent green plumage. Another Cormorant was holding its wings outstretched although it is still not fully understood why Cormorants exhibit this behaviour. Drying their wings, cooling off due to the heat generated by digesting a fish, keeping space between birds to allow for rapid take off have all been suggested. We continued along towards Coelmere where the Star birds were the flotilla of Goosanders  mostly females looking stunning in the sunlight. 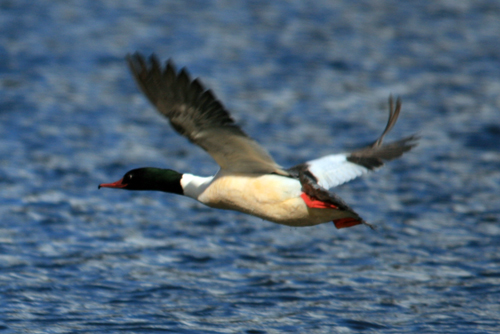 Notices around the lake about the invasive Killer Shrimp. We passed the Coelmere Sailing Club building a nice with herringbone chimney pot and came across a Hawthorn tree parasitized by Mistletoe. 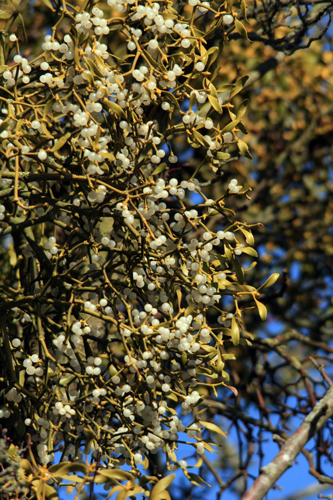 As we walked up Wood Lane from Coelmere we passed a number of quaint thatched cottages. Wood Lane Quarry could be seen as we peaked through the thick holly hedge. There is a large Sand Martin colony here in the summer. Lesser Celandine and Red Dead Nettles grew along the lane edge. A Sparrowhawk flew from a tree and glided across a rolling glacial drumlin field. We nosed through the slits in a wickerwork viewing screen at the ponds of Shropshire Wildlife Trusts Wood Lane Nature Reserve. Over twenty six Lapwings along with a couple of Curlew and Oyks and a lone Common Sandpiper comprised the waders. Gadwall and Teal joined the usual Coot and Moorhen for the ducks.We continued our walk along Wood Lane passing a vocal Coal Tit and surprising a couple of Rabbits that bolted into their burrows under the Holly hedge. We crossed the main road and onto a small track leading to Whitemere where there was a few Coot and Great Crested Grebes on the water. A Red Fox was foraging along the edge on the Mere on the far side and a Buzzard was sat in a tree. We continued back along the main road to Ellesmere with aching knees but with some great sightings!