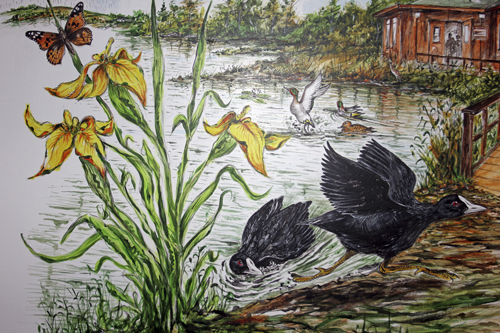 It was a great turn-out with over twenty MNA members for our visit to the Wildlife Trust Reserve at Mere Sands Wood. Commendably many arrived using public transport or shared cars. Buzzards circled over the wood, a female Kestrel perched in a small tree and Chris Butterworth caught a glimpse of an Osprey as it flew over the tree line. From Cyril Gibbons hide overlooking Mere End Lake a pair of Great-crested Grebes were in the throes of their mating dance with much head shaking and graceful mirrored movements. A gang of male Tufties mooched about the far end of the lake and a pair of Goldeneye were diving for food. Later John Clegg and co watched a Kingfisher. 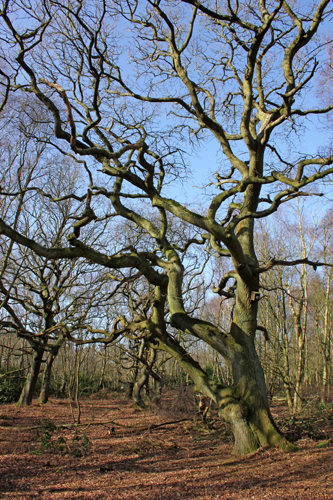 As we walked through the woodland birdlife included Blue and Great Tits, Chaffinches, Blackbirds, Treecreeper and Great Spotted Woodpecker whilst Robins, Dunnocks and Wrens were in full voice. The feeders around the visitor centre were busy with Tree Sparrows, good numbers of Reed Buntings, Collared Doves, a Nuthatch plus more Chaffinches and Tits. 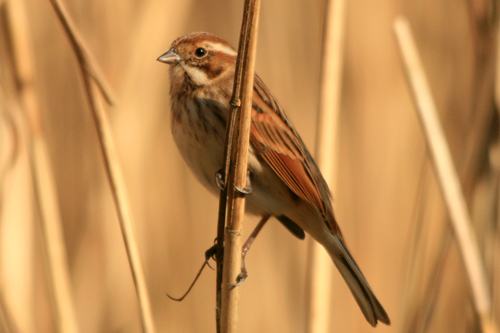 Snowdrops were in flower and there was a splash of yellow with Narcissus. 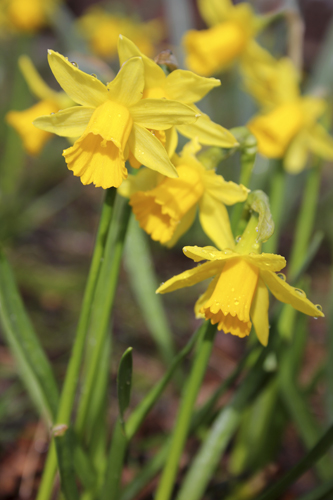 From Lancaster Hide we watched a Water Rail as it walked around the edge of the reeds and listened as a pair of Little Grebes were whinnying away. Gadwall, Teal, Shelduck and Canada Goose were added to the list. 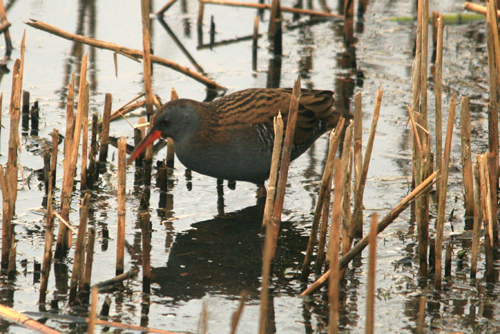 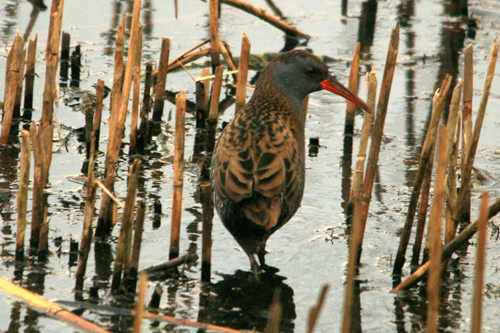 From Ainscough and Redwing Hide more views of wintering Wildfowl with Shovelers and a few female Ruddy Ducks who had escaped the cull. 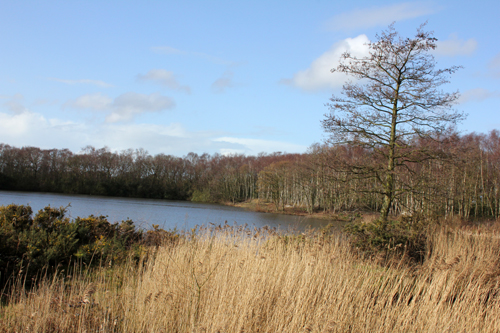 Around at Rufford Hide there were not one but two Bitterns! One played hide and seek in the narrow line of reeds opposite the hide. Patient watchers eventually caught glimpses when the bird silently stalked through the reeds or stood, head held high, fluffing out its neck feathers. The second Bittern in the reeds to the right hand end of the hide was slightly more obliging and we watched as its head and dagger bill protruded from the reeds. A number of visitors with extremely large camera lens remained pointed in its direction when the sun caught its streaked buff brown plumage. A juvenile Grey Heron also caught visitors attention at it stood on a plank of wood intently staring at the water then stabbing and catching a number of small fish. Three female Goosanders with chocolate brown heads floated by on the water. These sawbill ducks have a serrated edge to their bills that help them to firmly catch fish. 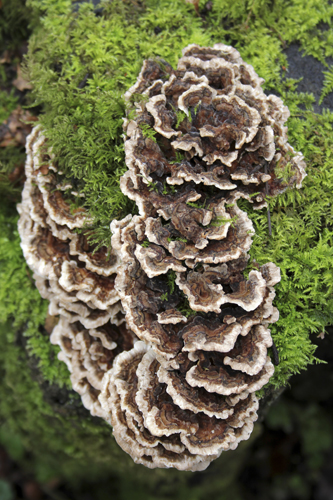 Peering under rotting wood Chris Butterworth had some interesting finds with a Land Planarian Microplana terrestris – this native terrestrial flatworm feeds on earthworms and some snail species such as Arion hortensis and Discus rotundatus. A small 6mm snail with glossy, flattened shell gave away its identity with its characteristic garlic odour – Garlic Snail Oxychilus alliarius. There were also a couple of Ground Beetles Nebria sp. the egg case from a Wolf Spider and a spherical Potters Wasp nest clinging to the ceiling of Rufford Hide. 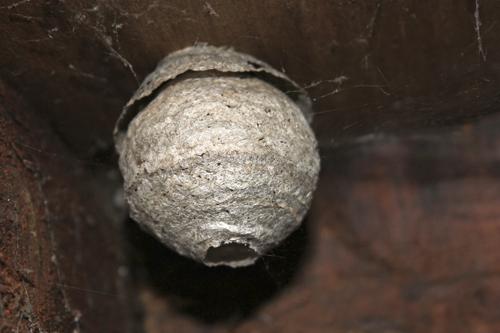 A fantastic local meeting where we were rewarded with some real wildlife treats!