Following reports of several Short-eared Owls seen hunting over Sefton Meadows in recent weeks, we thought wed try our luck, but didn’t have any success. Perhaps we left too early for them, perhaps it was the noise of the microlight humming overhead, or the roaring of the three trail bikes and an off-road jeep, or even the farmer’s recent machine diggings all over the area. 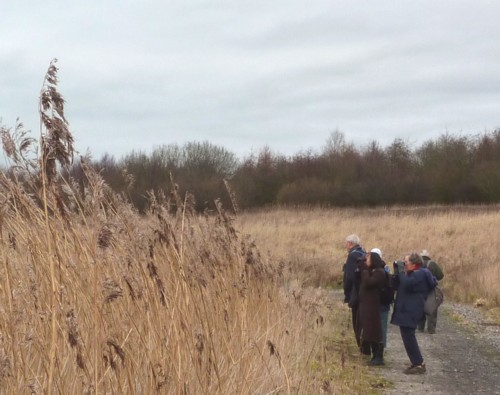 But there was plenty of other wildlife about. It was a still day, mostly cloudy, but the sun came out occasionally and the temperature was over 10 degrees. Everything seemed to be waking up for Spring. The first Hawthorn leaves were unfurling, Snowdrops, Crocuses and early Daffodils were blooming, I saw my first Celandines, and one lonely Dandelion in flower on a grass verge. Many 7-spot Ladybirds were basking in the sunshine on Ivy and Arum leaves, warming up after their hibernation. 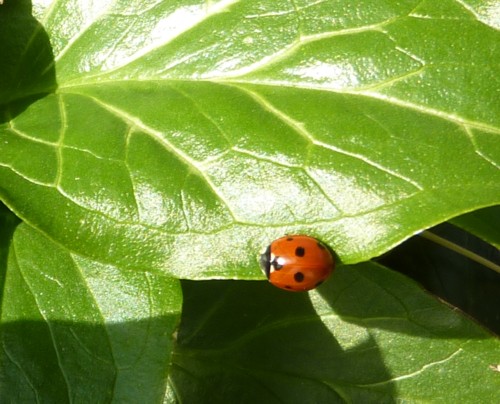 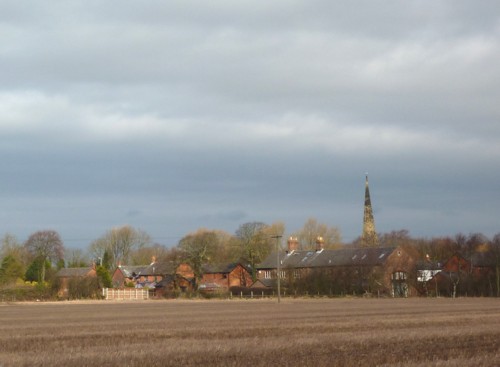 By the side of the path was the kill site of a bird of prey, perhaps of a Sparrowhawk. The plucked feathers were beautiful, and were probably the barred flank feathers of a Red-legged Partridge. 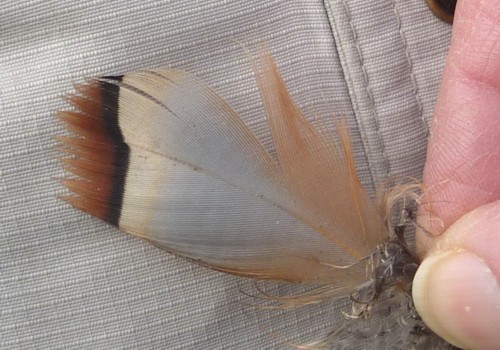 There were masses of Snowdrops amongst the gravestones in Sefton churchyard, and on the bank near the River Alt were two molehills, which have been reported to the MNA’s Dave Hardy as a Mole sighting.