On a rather cloudy, windy day with the occasional brief downpour the MNA commenced its 2012 programme with a coach trip to Lancashire’s largest natural lake and a SSSI, an area of open water, reedbeds, grassland and scrub close to Stanley Park. The target species was the Long-eared Owl. Their winter numbers have varied from one to four. On the higher path we carefully scanned the tall shrubs and trees because they are so easily overlooked. Our patience was rewarded when one was picked out low down and close to the trunk of a tree, which is their usual habit. Initially a lot of members had some difficulty in locating this fairly large bird, so well did it blend in with its surrounds. With the aid of two telescopes everybody had the opportunity to fully appreciate its plumage, long ear-tufts and staring reddish-orange eyes. 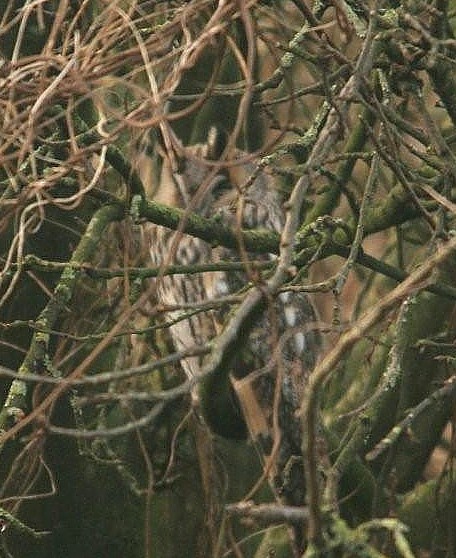 Then it was down to the hides with the best views on the west side where their was more shelter and better light. Several rafts of Teal rode the choppy water while a few Cormorants clustered on their favourite grassy isles. A female Sparrow Hawk dashed in from the right and disappeared into the scrub. The most variety was at the north end with Shoveler, Wigeon, Tufted Duck, Mallard, a nice male Goldeneye and Gadwall. Amongst the Black-headed Gulls some of the party managed to pick out a 1st winter Iceland Gull. Towards the golf course several fungi added interest by way of Velvet Shank, Jew’s Ear, Dryad’s Saddle and Oyster Mushroom. As we were leaving 150 Pinkfeet landed in the open farmland at the south end.

We spent the last hour at Fairhaven, Lytham St Annes. The lake was fairly quiet and so some went further west in search of a reported Snow Bunting – no luck but a good find in the way of four Twite which were duly photographed. 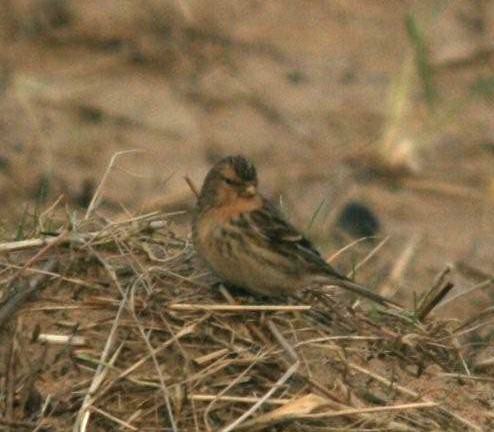 The tideline was littered with shells – numerous razor shells and Common Whelks with some Rayed Trough Shells, Red Whelks, Prickly Cockles and one Common Necklace Shell.