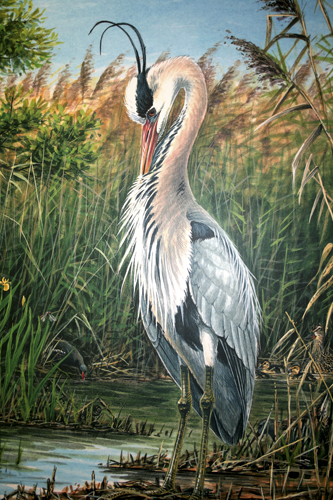 The final MNA coach trip of 2011 with some members making their own journey to our destination, the RSPB Reserve at Leighton Moss. A quick nose around the feeders brought the usual Chaffinches, Greenfinches, a female Bullfinch, Blue, Great and Coal Tits, a Nuthatch, Pheasants feeding on the ground below. A spot of lunch in Lillians Hide with gazzilions of Coot, Shoveler, Tufted Duck, Pochard, Wigeon, Gadwall and Mute Swans on the water. A Marsh Harrier was floating over the reeds, one of three birds seen during the day and a Bittern took to the air briefly before landing back in the reedbed. Walking along the causeway towards Public Hide a Cettis Warbler gave an outburst of song and Bearded Tits were pinging in the reedbed. A few patient members watched the Beardies coming down to the grit trays placed in a small clearing in the reeds. A nice selection of Lichens adorned the trees along the causeway with Oakmoss Lichen Evernia prunastri very much in evidence. 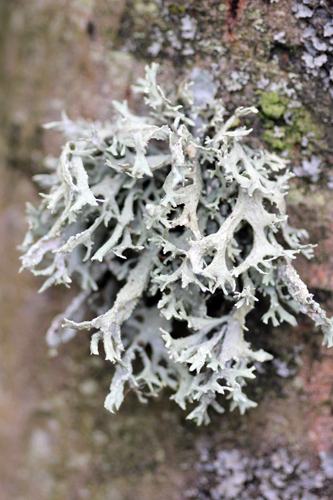 The Deer Rut is underway and the bellowing Red Deer stags could be heard as we walked along. From Public Hide more Coot, Great Crested Grebes, Cormorants, four Greenshank on an island along with a Snipe. A few of us then headed to Trowbarrow Quarry along the path adjacent to the golf course which cuts through limestone walls. A handful of Glossy Glass Snails Oxychilus helveticus were feeding on the algae on the limestone. These molluscs are similar to Garlic Snails in appearance but have characteristic black around their aperture. 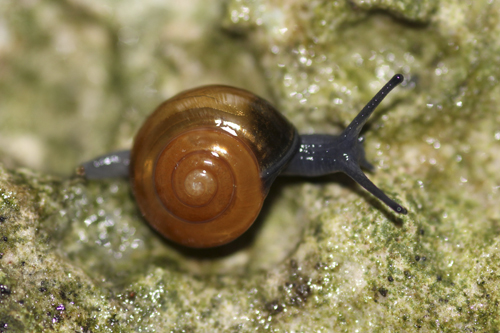 A few slightly larger snails also flattened in appearance with a belly button like hole on the underside were identified as Strawberry Snails Trichia striolata. Jays were squawking away, a few pheeuing Bullfinch and some Coal Tits in the tops off the Yew Trees. A Roe Deer ran through the trees briefly stopping to look around before heading into the wood. We found a few fungi species including Oysterling Crepidotus sp. and Cramp Balls Daldinia concentrica, Black Bulgar a.k.a. Bachelors Buttons Bulgaria inquinans, Blushing Bracket Daedaleopsis confragosa Smoky Bracket Bjerkandera adusta and Coral Spot Nectria cinnabarina. 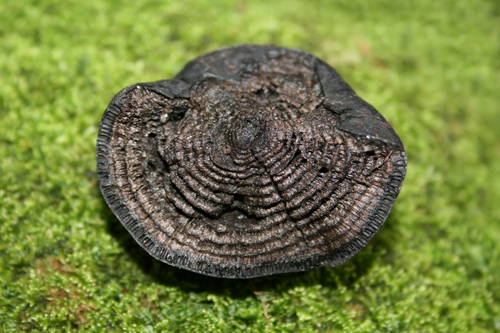 Cross-section through a Cramp Ball 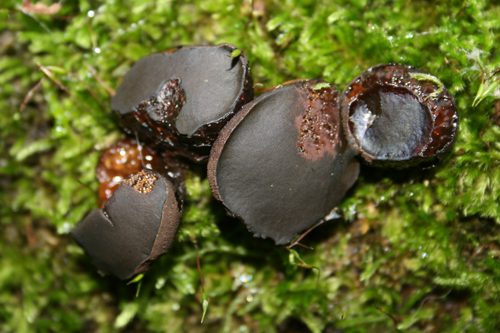 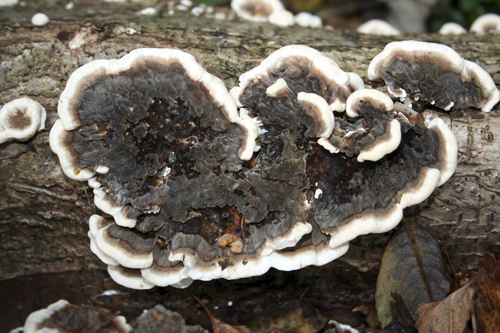 Trowbarrow if famous for its vertically bedded Urswick Limestone and is a popular place for climbers. We found an interesting cliff face on the opposite side of the quarry from where the rock-climbers usually tackle. This reddened karstified bedding plane had a number of elliptical depressions. 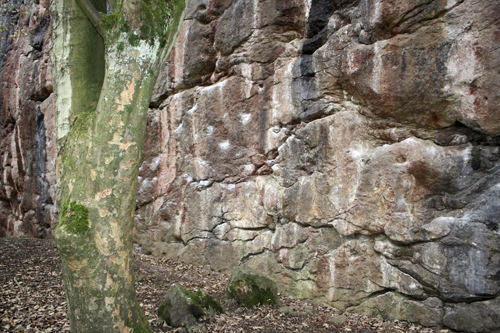 A Buzzard was mewing overhead and a Raven and Jackdaws briefly joined it. Photographed the sporangia on a Harts Tongue Fern Asplenium scolopendrium. 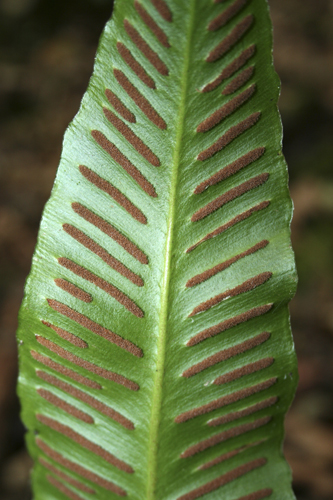 Heading back into the reserve we caught up with the sightings of other members. They had found some interesting fungi species with Blackfoot Polypore Polyporus leptocephalus, Tawny Funnel Cap Lepista flaccida, Lemon Disco Bisporella citrina and some nail galls possibly Lime Nail Galls Eriophyes tiliae. As we were driving home at the end of our visit we could see roosting Little Egrets in an island tree.