Notables during the walk included:-

Jelly Rot Phlebia tremellosa  a pale rubbery bracket on tree stumps. On close examination the upper side of the tiers are covered in hairs and the lower side appeared buff apricot almost porous in appearance. 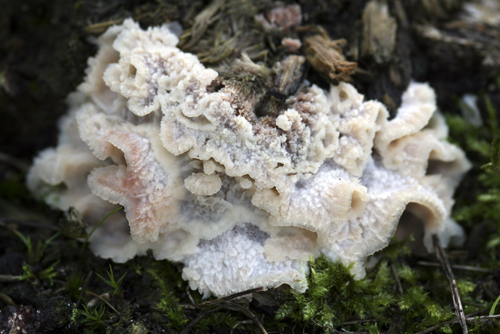 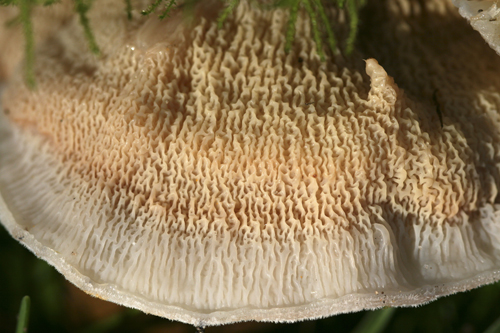 Clouded Funnel Clitocybe nebularis  this quite large agaric with funnel shaped cap and white decurrent gills was present in troops. 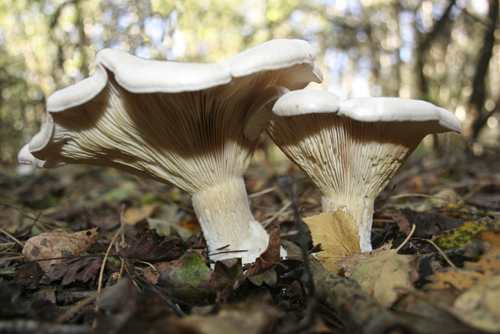 Egghead Mottlegill Panaeolus semiovatus  a new one for me this fungus lived up to its name with the appearance of an egg on top of a tall stem with ring or veil present. A small troop of these were distinctively growing from piles of dung! 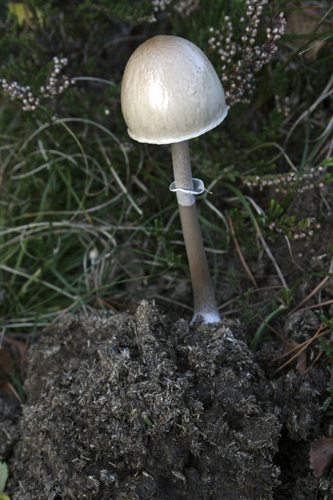 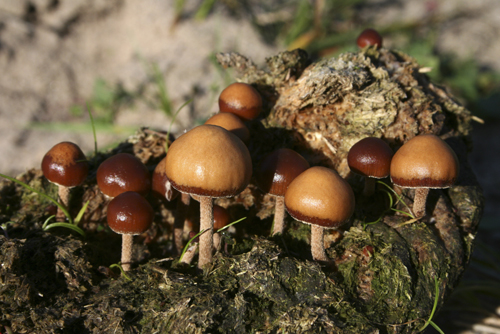 Another species of dung Fungi

Green Elfcup Chlorociboria aeruginascens  although none of the tiny saucer-shaped cups were present a piece of bright turquoise green dyed piece of rotten wood was found. 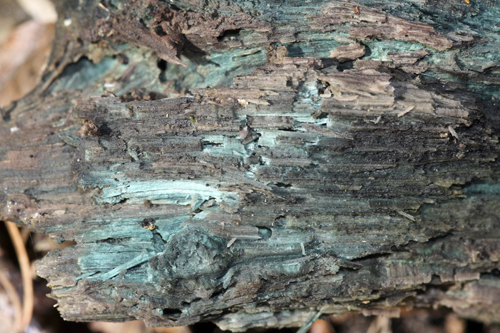 Plums & Custard Tricholomopsis rutilans  this favourite of mine found on rotting conifer stumps has plum coloured fibrils on a custard yellow cap. Its gills are the brightest coloured egg-yellow.

The Deceiver Laccaria laccata  living up to its name we were initially deceived by quite different looking specimens, reddish-brown in colour the younger specimens were quite small with convex caps that became flattened then depressed with a wavy margin in older specimens.

Russula sp.  not present in the usual numbers only the odd specimen was found including a fresh specimen growing on a bed of moss. 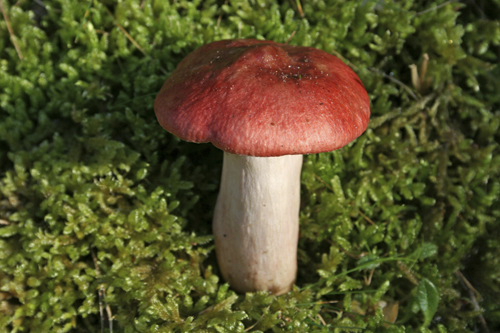 Common (Collared) Earth Star Geastrum triplex  only two specimens found, missing from their usual area underneath the pines at the bottom of Fishermans Path. 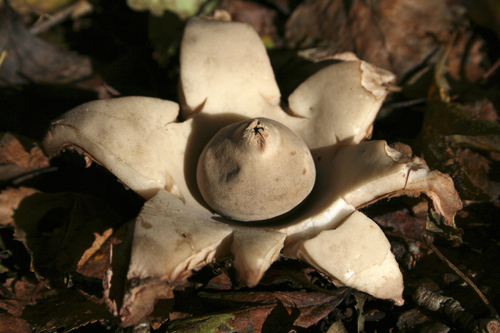 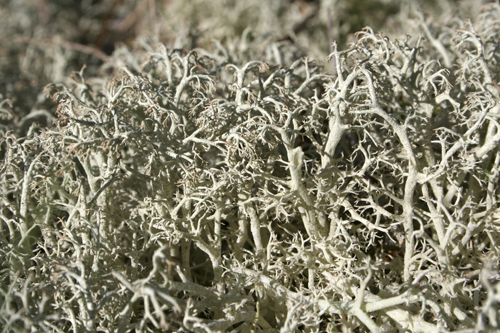 A Common Darter Sympetrum striolatum joined us for lunch and few plant species were still in flower to keep the botanists engrossed. I was impressed with the spores on the Common Polypody Fern Polypodium vulgare 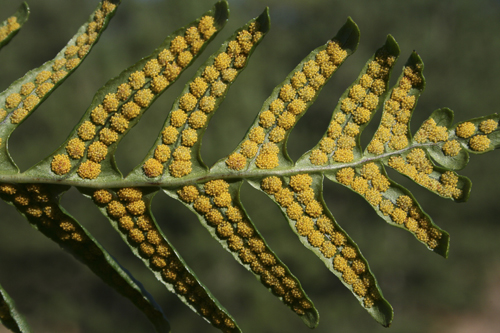