This was a joint MNA / RSPB trip, but although there were 12 MNA members (some with dual membership) there were no RSPB-only people.

It was sunny some of the time, but a fresh breeze kept the temperature down. 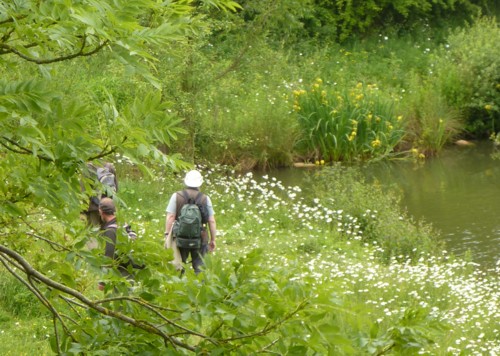 A  Blackthorn bush had some very strange growths on the edges of its leaves. 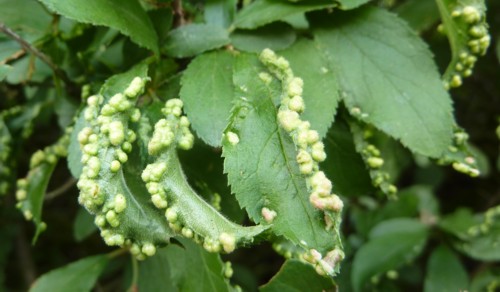 Sid collected some to see what would eventually hatch out, and Dave H later identified them as galls caused by mites (Eriophyes prunispinosae).

There was a pair of Great Crested Grebes with two stripy young, and we watched one of them being fed by an adult. Several Jays were in the trees.  A pair of Mute Swans had five cygnets with them. 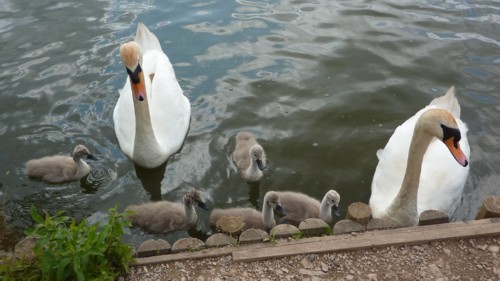 At the upper lake, where many Mallards congregate hoping for bread, we saw one very funny-looking duck. Smaller than a Mallard, and looking like it was partly Mandarin. 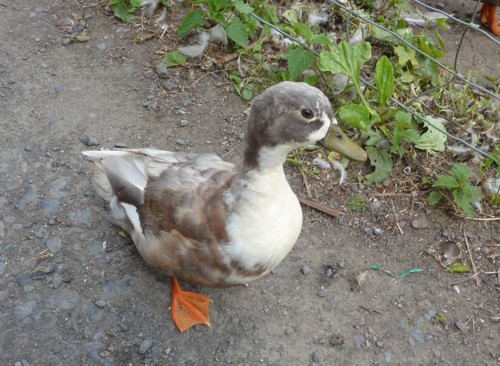