Posted on February 21, 2011 by Sabena Blackbird

The first MNA coach trip of 2011 brought a return to snowy wintery conditions as we headed through the Derbyshire countryside to the Severn Trent Water Reservoir – Carsington Water. 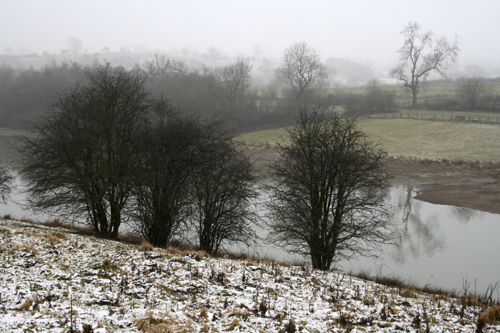 A feeding station close to the coach was packed with over thirty hungry Tree Sparrows and a few Bullfinch. The group wandered along to the wildlife centre, a glass window hide giving great views across the reservoir and surrounding fields and spit. As we tucked into sandwiches and flasks of hot drinks we watched the gathered wildfowl of Tufties, Wigeon, Teal, Coot, Mallard and Great crested Grebe. Approaching 300 Lapwing were resting on the spit frequently taking off and wheeling around. Other waders included a few Oyks and a Redshank; a few Pied Wagtails were flitting along the water’s edge. A large gathering of 120+ Fieldfare were feeding in one field joined by a Mistle Thrush and a few Woodpigeons. The feeders had yet more Tree Sparrows, Chaffinches and the odd Dunnock and Great Tit.

Dave B mentioned that he had seen the Yellow Brain Fungus Tremella mesenterica close to the centre so I changed lens, zipped up my waterproofs and returned to photograph it. 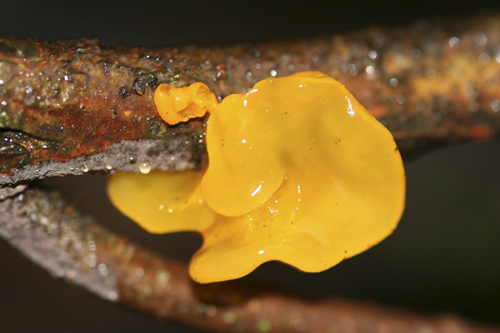 A well marked trail used by walkers and cyclists runs around the reservoir and information posts are located at various stages along the route. 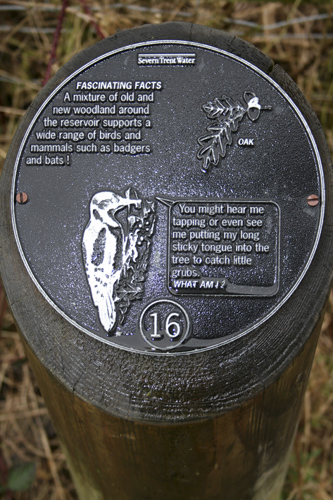 I found a pellet beside a fence post along the trail. I pointed it out to some other group members and we all assume it to be from an owl. I brought the pellet back with me and will dissect it in due course. 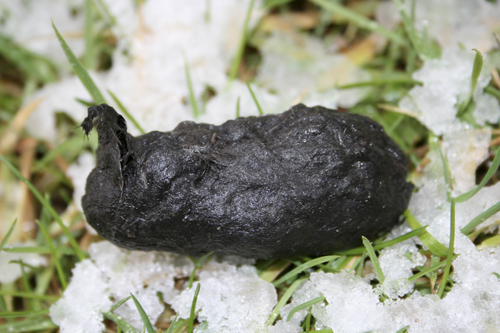 Despite the wintery conditions there were a few signs of spring with a mass of male Hazel catkins Corylus avellana and the bright red female flowers. 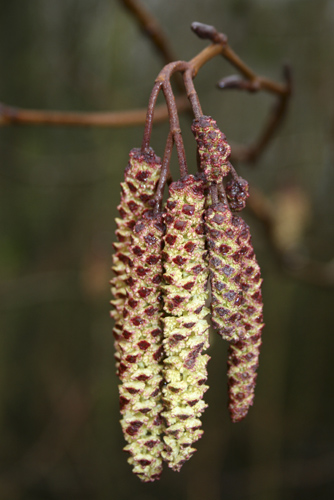 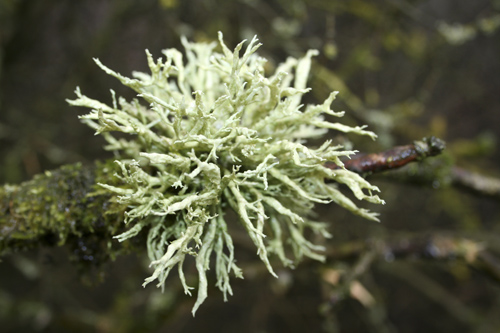 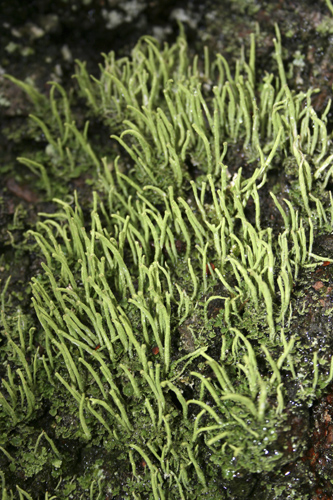 Scanning the reservoir through the mist we had our first distant views of one of the Great Northern Divers that had been on the reservoir all winter. We hot hoofed along to Lane End bird hide and parked our bums. After a few minutes we re-located the bird, its heavy horizontally held beak, steep crown and flat forehead clearly visible, even in the mist! As the bird slipped under the water without even a splash we timed a number of its dives which ranged from between 1min 5sec and 1min 12sec. We soon spotted another Diver further out on the water.

Some rather cute black and white spotty sheep that some people commented more resembled goats were found to be Jacobs Sheep. A number of the group that had reached the bird hides at Sheepwash added Goldeneye and Pintail to the wildfowl list. A few of us checked out the fungi with Velvet Shank Flammulina velutipes,  Hairy Stereum Stereum hirsutum, Phlebia tremellosa, Bleeding Broadleaf Crust Stereum rugosum. Also:- 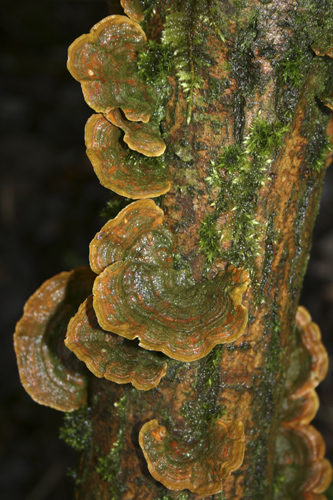 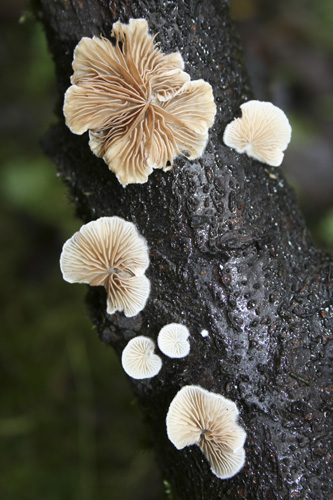 After listening to a melodious Song Thrush singing its heart out from the top of a tree and watching masses of Great Tits, the odd Bullfinch and a Reed Bunting at one of the feeding stations it was all too quickly time to head back to the coach.