Today was the highest tide of the year at Parkgate  10.2 meters. The Sunday Group took the 487 from Victoria Street at 10.30 and arrived about 11.30. High Tide was due at about 12.30 and the water was high, filling the channels in the marsh but not lapping at the sea wall. Birdwatchers and naturalists from all over the North West had turned out in force and the RSPB had a tent. The quayside and parking area were busier than I have ever seen them, and we bumped into several MNA members during the day. The local coastguard even sent their “Mud Rescue” vehicle ! 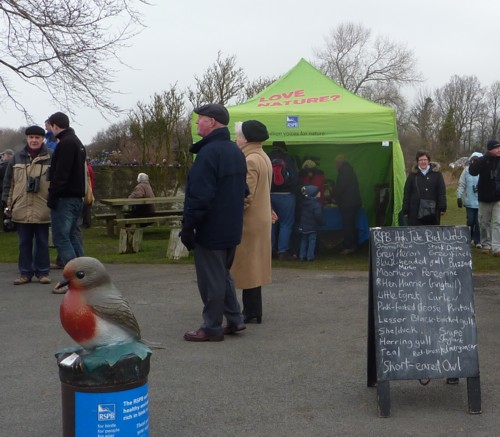 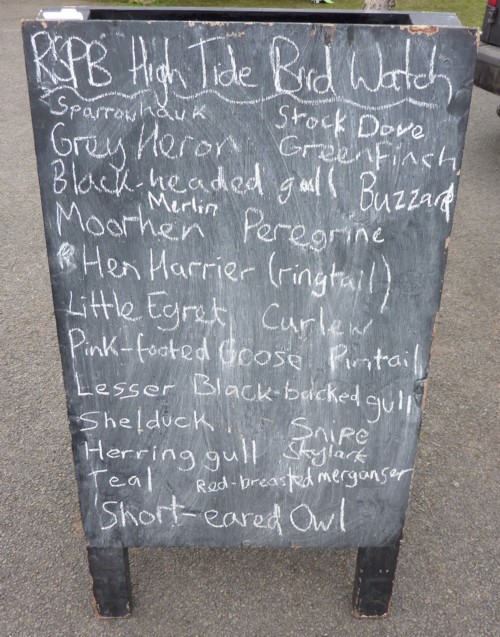 It was overcast, with gusts of bitterly cold wind in exposed places. We had good views of a Heron and a Little Egret close in, lots of Pink-footed Geese coming up, Mallards, a Cormorant, a couple of Greater Black-backed Gulls, Canada Geese, Carrion Crows and Skylarks. In the trees by the car park a Dunnock was singing. Then a Short-eared Owl flew past quite close, occasionally turning and hovering briefly as it scanned the marshes for small prey. Terry Williams was one of the people with telescopes at the sea wall and told us he had seen several Peregrines and also a Greater Black-backed Gull drowning a Water Rail then eating it !

After lunch, as the crowds began to thin, we walked north towards the Golf Course. Here the water WAS up to the sea wall and crows were poking about on the dryer islands, hoping to find an easy meal. 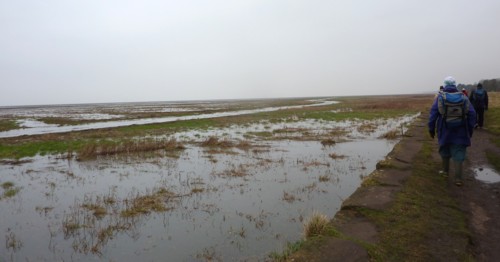 We saw several little beasties swimming desperately, hiding on the wall and climbing onto bits of wood. One was probably a vole, which hid before we could get a good look at it, but we saw a tiny Harvest Mouse which took refuge on an old log.  Sorry this is a bit blurred, but it’s the best my camera can do ! 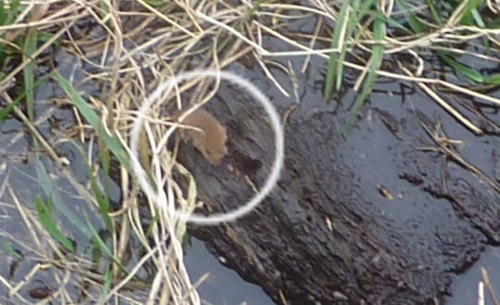 It was bitterly cold across the Golf Course, when we turned back to Parkgate it was more sheltered along the Wirral Way. Catkins of Pussy Willow and Hazel were out, and we saw a Great Spotted Woodpecker in a tree.  After a cuppa in the café we got the 3.30 bus back to Liverpool.