Posted on February 14, 2011 by Sabena Blackbird

With a fine sunny day forecast I decided to head up to Martin Mere WWT for a spot of Whooper Swan ring reading. Wandering along to the mere from New Lane station a few Corn Buntings were performing their jangly-keys song and skeins of Pink-footed Geese were flying overhead in ‘V’ formation and noisily honking away to each other. I had a quick wander around the captive area to begin with photographing the Hawaiian Geese that were enjoying a nice snooze in the sunshine and a Patagonian Crested Duck slurping water as though it was de-hydrated in the height of summer. A few nice specimens of fungi were dotted around on various trees. 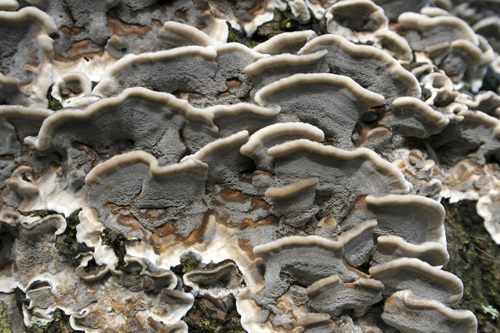 Smoky Bracket Bjerkandera adusta with dense overlapping tiers that are quite leathery or rubbery. 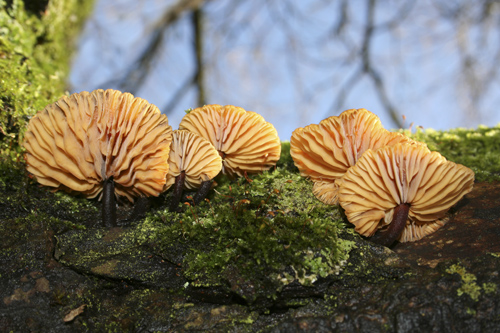 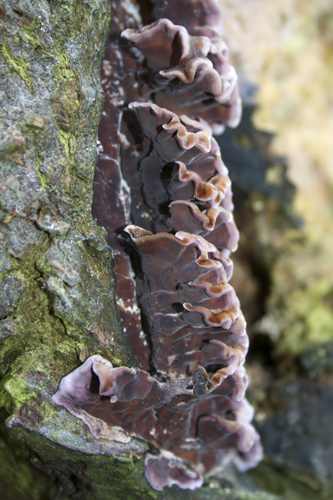 Out on the main reserve plenty of Buzzards were around, a Peregrine and a distant Marsh Harrier. Although I didn’t see it myself a female redhead Smew had been reported from Harrier Hide. Plenty of ducks amongst the Whoopers out on the Mere with Pintail pairs and a few feisty scrapping females plus plenty of cute Wigeon whistling ‘wheeoo’. 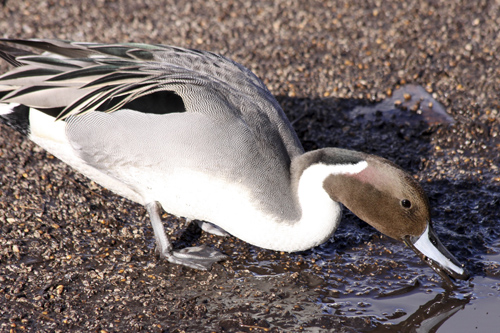 One of the annual Whooper Swan catches had been held a couple of days ago with 73 Swans captured. Although some birds were re-captures i.e. those who had already been fitted with rings, the remaining Swans were fitted with the new Red Darvic rings as the WWT have run out of alpha-numeric code combinations for the Yellow Darvics. 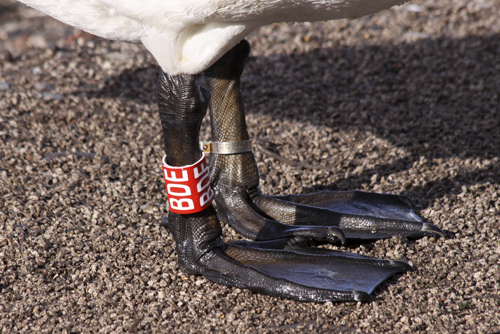 The Whoopers looked glorious in the sunshine with their white plumage contrasting against the dark blue of the water. 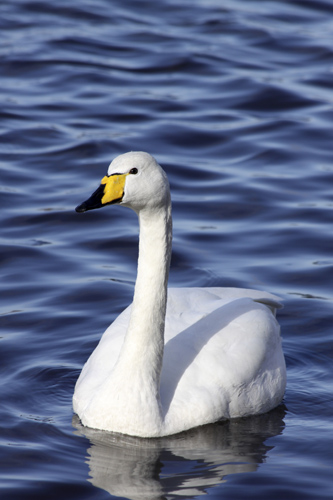 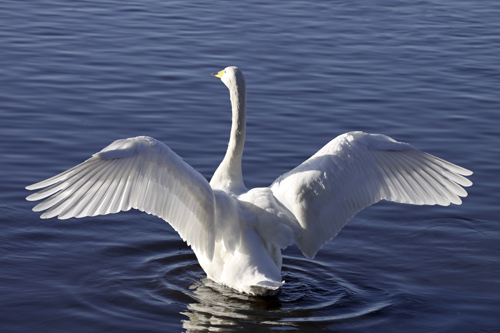 When it came to feeding time at 3pm at Raines Hide the Whoopers were much warier than normal swimming far out from the edge of the Mere when the warden walked along pushing the wheelbarrow full of grain. Gradually they walked out of the water in front of the hide allowing me to read a few more rings codes before I had to head off for my returning train. 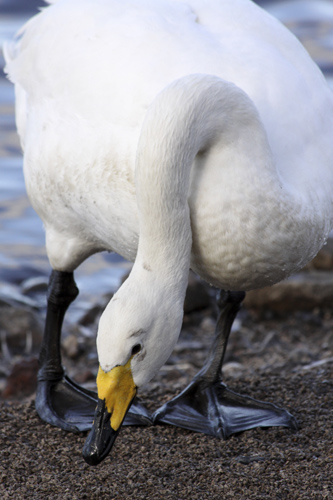