On a mild cloudy day we met at 10 at Central. Bill had found a wallet at a nearby cash machine. No cash left in it but the remaining cards suggested it belonged to an Irishman who had recently stayed at the Ibis hotel. We took it there, but he wasn’t still their guest. There was no answer at the Police Station on Canning Place (closed on Sundays!) so Bill will take it to Garston police on Monday. Then the business of the day – the 82 bus to Sefton Park at 10.45.
There were three or four pairs of adult Mute Swans on the lake, one with four grown cygnets, perhaps the motherless brood raised by their father, now with a new mate. 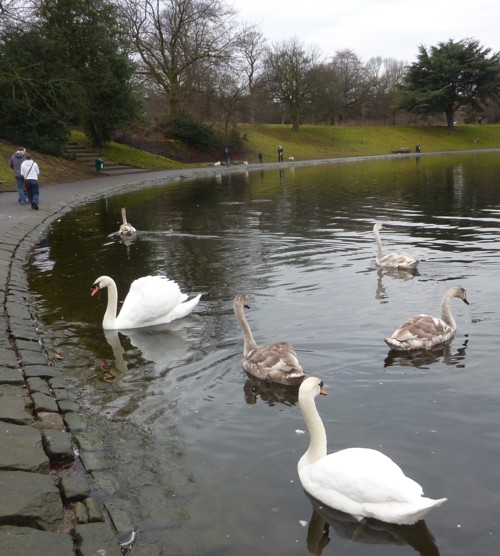 Lots of Canada Geese, limbering up for mating by swimming low in pairs, hooting at each other. One had a white face and a rougher call, probably a hybrid with a domestic goose. Plenty of Mallards and Black-headed gulls. Some Coots were squabbling while a few Moorhens kept out of their way. One or two Tufted Duck, three Little Grebes in fluffy brown and fawn winter plumage and a single female Mandarin Duck near the island. 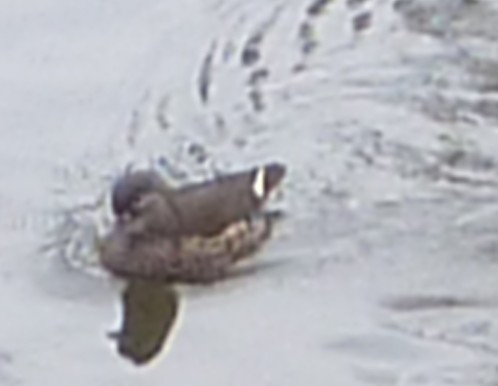 We left some MNA leaflets at the ranger station and had lunch by the old aviary. Jackdaws, Magpies, a Blue Tit, feral pigeons and a grey squirrel, who turned up its nose at bits of bread from our sandwiches.
We walked up to the Grotto, heard a Great Spotted Woodpecker drumming and watched a Nuthatch inspect a promising tree hole.
The RSPB were holding an event in the Palm House, with a stall and bird advisors. 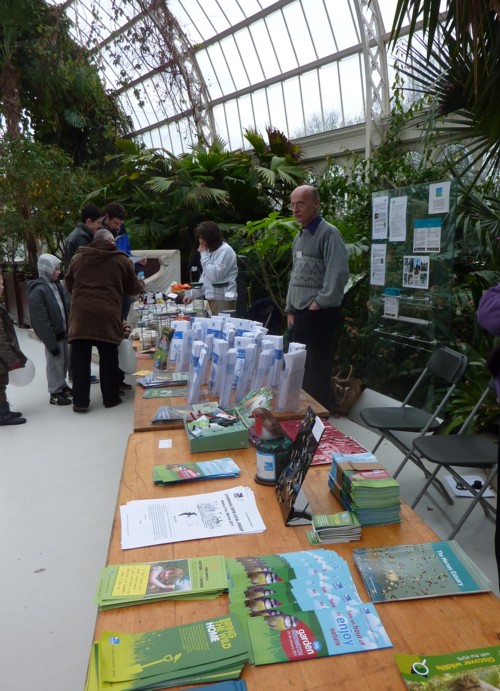 There was also a children’s presenter from Tropical Inc who had brought a collection of animals to show. 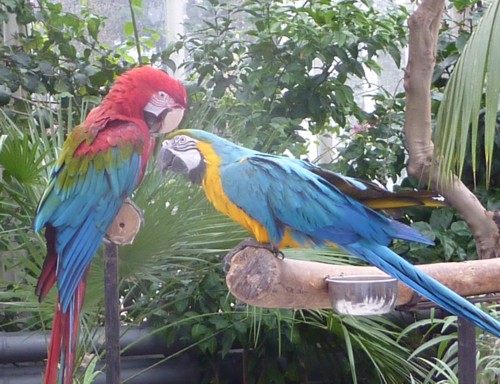 He had parrots, a corn snake, a boa constrictor, an African Pygmy hedgehog, a skunk, a lovebird who investigated some little girls’ hair bobbles, some tarantulas, two young meerkats and a beautiful and agile Genet  a cat-sized creature marked like a leopard.  Hire this man for your kids’ birthday party, he and his animals are marvellous!
We left at about 3pm to make our various ways home.