It was dull, overcast, freezing cold and the odd snowflake in the air as the crew boarded Liverpool University’s Research Vessel ‘Marisa’ (Latin for the sea). We headed out into the River Mersey through Langton Lock, one of the Smit Tugboats was behind us in the lock manoeuvring the 250 tonne capacity floating crane ‘Mersey Mammoth’.

Our first sampling ‘station’ or site was at Dukes buoy close to the Echo Arena. The guys winched the 2m wide beam trawl out of the gate at the back of the boat and trawled for 10mins. 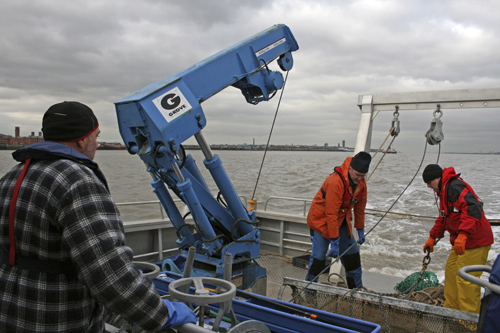 This is a poor site with much scouring of the River Bed due to tidal action and the amount of boat traffic. We only found a few small fish and Brown Shrimps Crangon crangon. 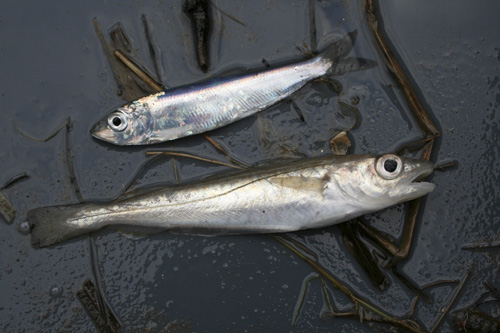 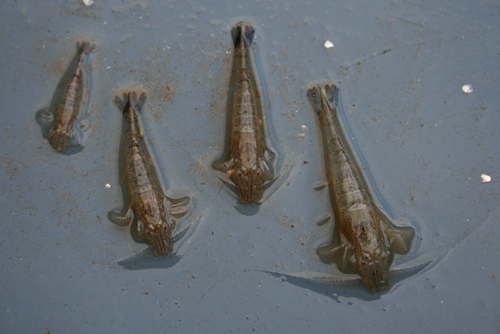 After a few more trawls at this site produced nothing new the guys hauled the beam trawl back on board and the skipper wellied us along to our second station at Egg buoy out from Wallasey Town Hall. The beam trawl was dropped 40m down to the River bed and trawled again for 10mins. We hit the jackpot for Common Starfish Asterias rubens ranging in size from around 1cm to 10cm in diameter. 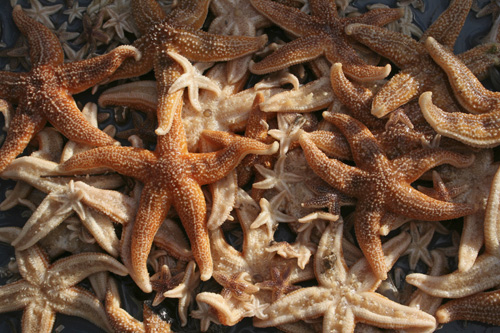 Our next few trawls brought up a number of large boulders in the main net. We caught many more starfish and also a number of female Common Shore Crabs Carcinus maenas in beri i.e. carrying their eggs underneath their abdomen – she can have up to 20,000 eggs! 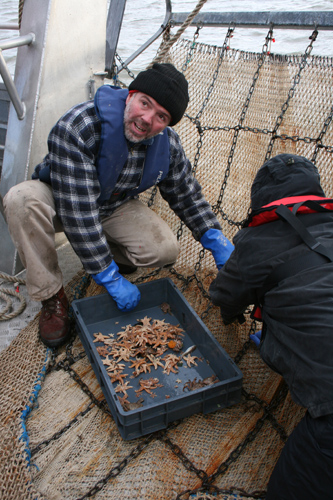 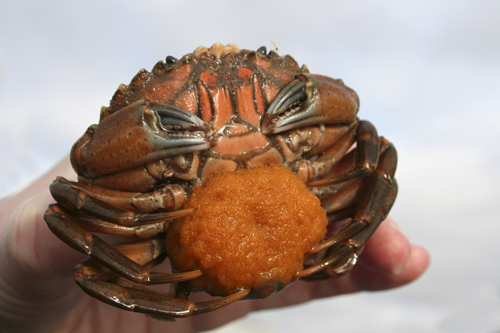 A Common Blenny Lipophrys pholis a.k.a. Shanny that usually hide underneath rocks and have sharp teeth for biting barnacles off rocks was a nice find. 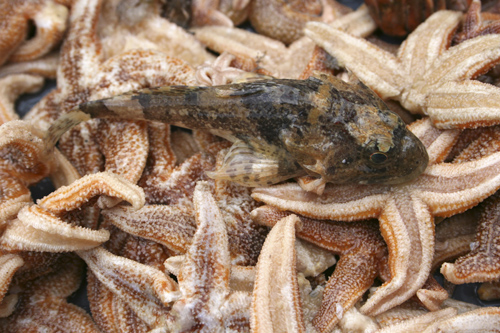 There were a couple of male Edible Crabs Cancer pagurus one of which had lost its left claw at some point and was busy re-growing another. 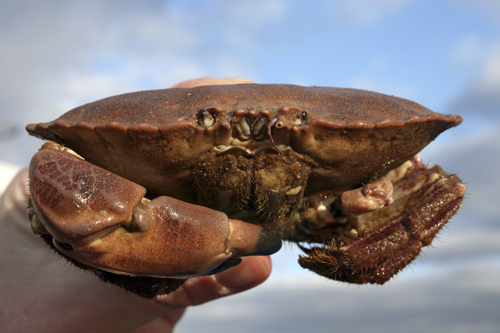 A few rays of sunlight tried bravely to shine through the mass of clouds behind Wallasey Town Town as we waited for a lock back into the docks. 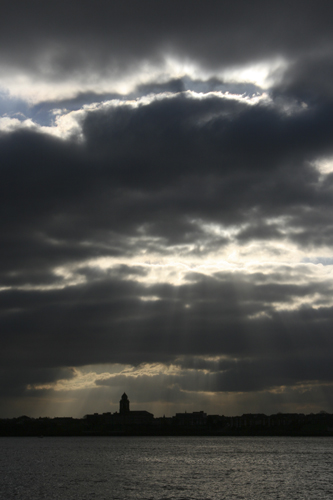