This was a joint Sunday group / MNA walk, but only one additional MNA member joined us – Roger – so we were a small group.  Since we have been to Flaybrick recently, I won’t mention all the trees we saw again, but add just one or two new observations.  The morning was dry and lovely, with crunchy fallen leaves underfoot, but it started to drizzle while we were having lunch in Tam O’Shanter, and got rather damp and drippy during the afternoon.  Can we have a mammal tick for Tam O’Shanter’s Alpacas? (No, didn’t think so!) 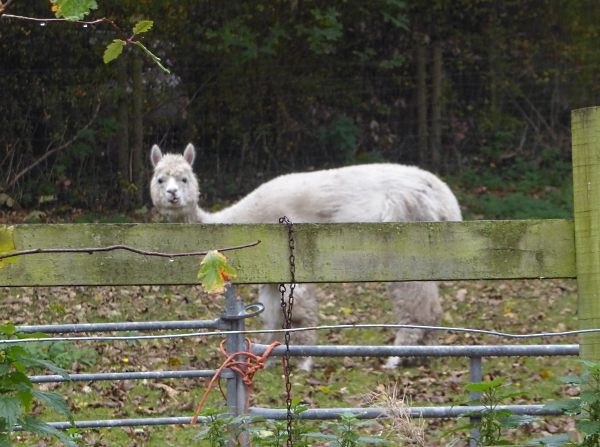 When I did my recce a few days ago I spotted an uncommon tree that isn’t mentioned on the Conservation Management Plan’s tree map and list (how did they miss it?). Today we confirmed that tree and spotted another, also omitted from the plan. They are Oregon Maples (or Big-Leaf Maples) Acer macrophylla. Mitchell in his 1974 Field Guide called it “Infrequent” and said it was in just a few large gardens. Bob Hughes, in his 2005 tree map, noted one with a question mark, and we think he was right. One is in a clearing in section CE11, on the other side of the path from the Tulip Tree in section CE 16A. The other (the one Bob spotted) is in section CE 5A, on the corner of the ramp leading down to the Rowan walk. They are unmistakeable when you look at them, with very large classically-maple-shaped leaves, deeply indented, and with very long 20-30 cm leaf stalks. 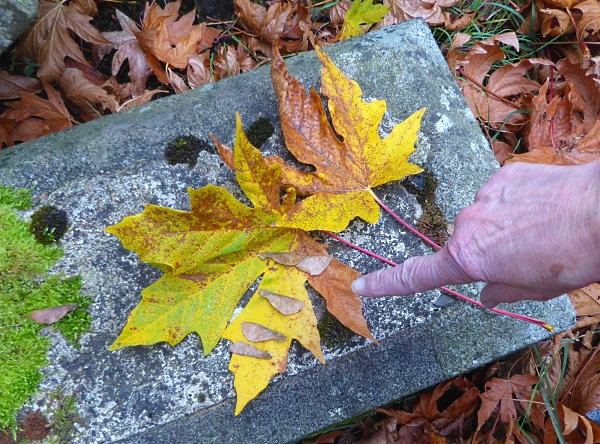 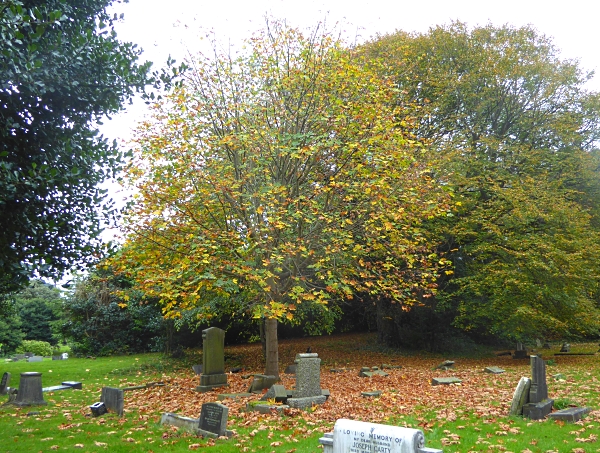 We also looked at the Rowans. On his 2005 map Bob Hughes listed the names of the ten different varieties that were supposed to be planted, but didn’t say which was which. There are still ten trees there, five on each side of the path, but the only one that is identifiable with that early list is the cream-berried ‘Joseph Rock’. There should be two Whitebeams amongst them, and one with doubly-pinnate leaves, but none like that were in evidence. I suspect they couldn’t get the varieties on their wish list, or the trees they did plant were mis-labelled. But they are a fine double row of red-berried trees, and if it had been less drizzly we could have spent more time on them.