It was a glorious sunny day with a clear blue sky, and it was quite warm for early October.  As we approached Flaybrick we looked up at the overhanging Holly branches. The bottoms of the leaves were full of the white egg masses of Cottony Camellia Scale Pulviaria floccifera. We’ve seen a lot of that about this year. The Grade II listed chapels are now surrounded by scaffolding and hoardings, and are undergoing a process of “controlled ruination” because the damage by vandals has made them unsafe. The Friends still have hopes of creative re-use. 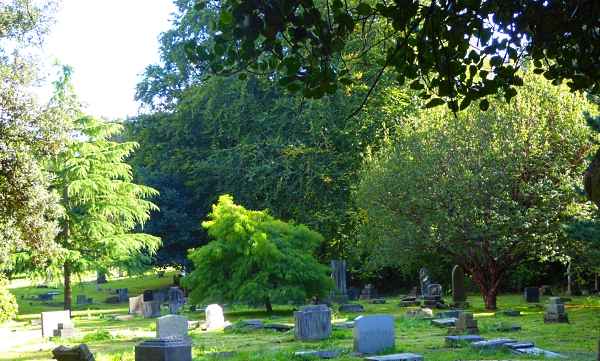 Flaybrick is full of marvellous trees. As well as the plan by Bob Hughes we followed last year, we now have Flaybrick’s own “tree walk” route, with 44 trees marked. Not all are rarities, but most are interesting. One of the first notable trees is this big old Monkey Puzzle in section NC 3A, looking like a freely fruiting female tree. 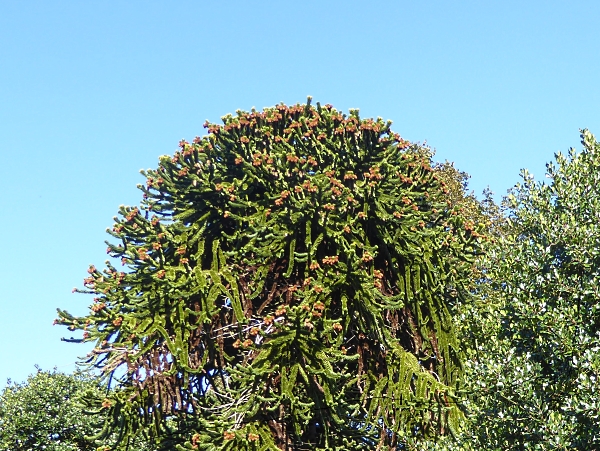 There were Magpies and Grey Squirrels on the grass, but John had his eye on the sky as usual, and called out a sighting of a Sparrowhawk, cruising leisurely overhead. A young Red Oak in section NC 6A was planted in memory of the first Ranger. There was an orange ladybird on it, but it was only the ubiquitous Harlequin. I was looking forward to seeing the Bhutan Pine in section NC 3A, which I had become familiar with in Scotland, but the one in Flaybrick is very tall and hemmed in by other tall trees, so it wasn’t possible to examine the beautiful long needles. They are unusual in being grouped in fives, not the usual pairs. We picked some dead ones from the litter below it, though. 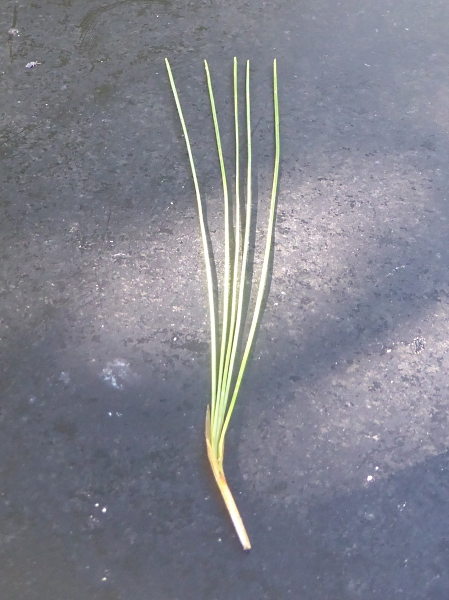 There are ten different Rowans and Whitebeams planted in the “Sorbus Avenue” between sections CE13 and CE17. Eight of them have red berries, so we didn’t attempt to distinguish them; one has been vandalised and is just a stump sprouting new foliage, but no berries; but the tenth one had cream berries and so must be Sorbus ‘Joseph Rock’, a variety with no Latin species name. 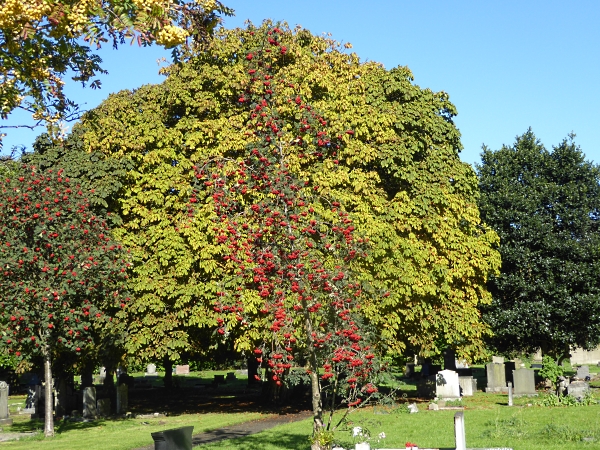 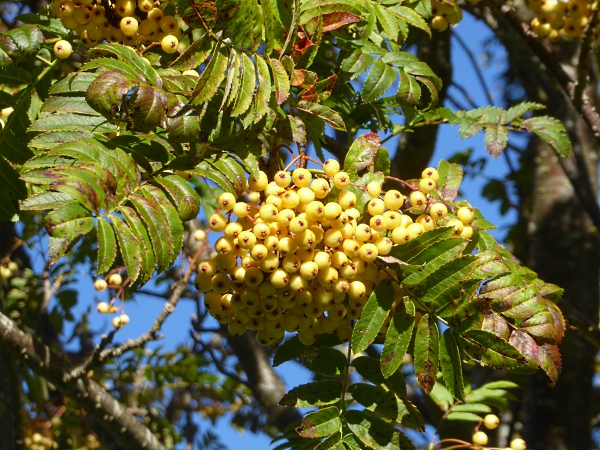 We admired the young trees in CE 17, a blue Atlantic Cedar, a Deodar and a Dawn Redwood. A small skein of Canada Geese flew over, heading towards New Brighton. We lunched in Tam o’ Shanter urban farm, then set off up the hill to Bidston windmill. I had to stop as my sore foot isn’t up to all those uneven steps and surfaces, and went back to Flaybrick to look at the more-secluded northern RC section, which we rarely spend any time in. Their best tree is a rarity called an Exeter Elm Ulmus glabra ‘Exoniensis’. It’s one of the tallest in Britain, at 46 feet (14m) when last measured, and is a tree of national significance. 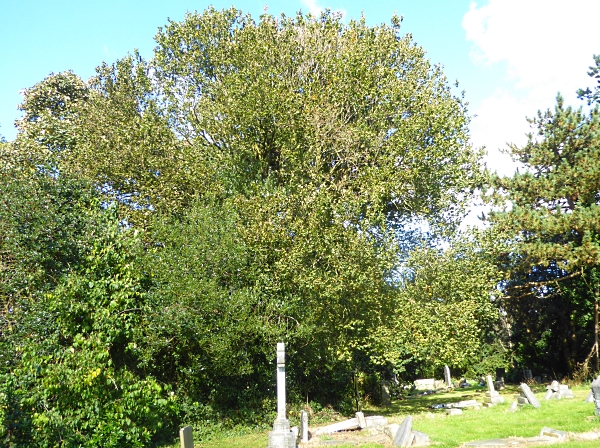 It’s a variety of Wych Elm, but with smaller leaves, in upright bunches in Spring, and which are more coarsely serrated. Since the loss of the English Elms to disease in the 1980s, Wych Elms and their rarer forms are the only remaining food plant for the White Letter Hairstreak butterfly. I met Bob Hughes later, and he said even these Elms seem to be dying locally. He saw the butterfly on his allotment in 2010, 2013 and 2014, but not since. The Exeter Elm in Flaybrick was looking a bit sick too, with brown bits on the leaves that probably aren’t autumn colours. 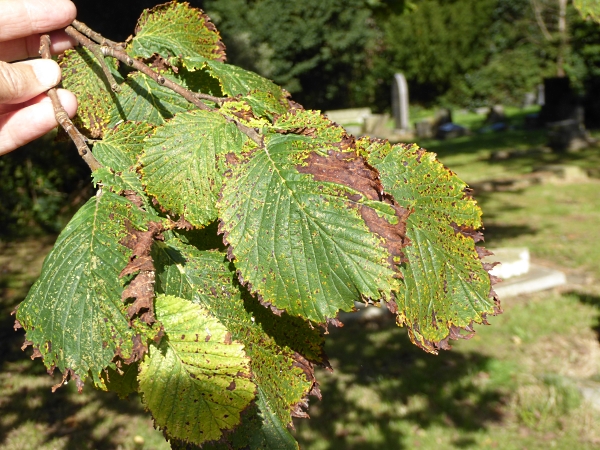 At the junction of sections RC3 and RC4 there is a huge triple-trunked Cedar of Lebanon. Nearby, in section RC4 is a lovely grove of six or seven Hornbeams, looking like one broad tree. 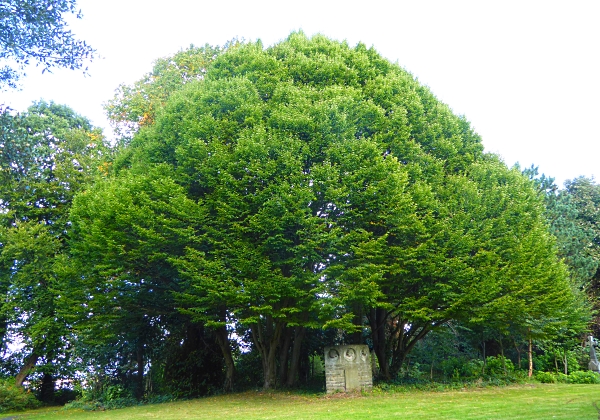 On a bank at the east end of section RC6 is a Common Pear tree, not notable in itself, but this one had produced masses of fruit, which were falling with audible thumps. I had to stand clear!  I tried one, and it was sweet and edible, so there is free food for anyone who wants to forage. Don’t forget to bring a hard hat! 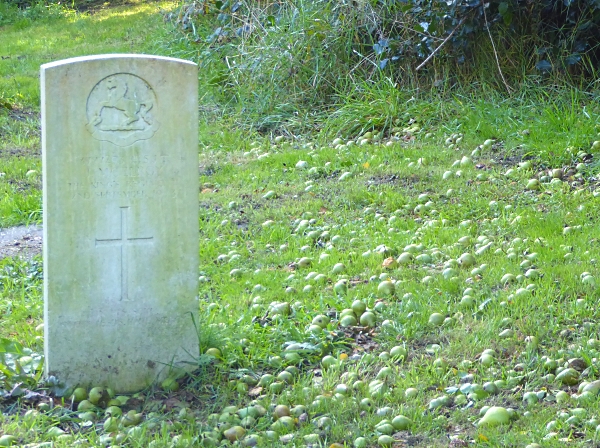 In section CE16 is possibly the most unusual tree in the garden. It’s listed as an Orange-berried Service Tree, which had me foxed.  It was neither the True, the Wild nor the Bastard Service Tree, but it might be the beautifully-named Service Tree of Fontainbleau, Sorbus x latifolia (which some unromantic souls call the Broad-leaved Whitebeam). That’s unusual enough, but the orange berries with white lenticels make this an atypical member of an already-rare species. 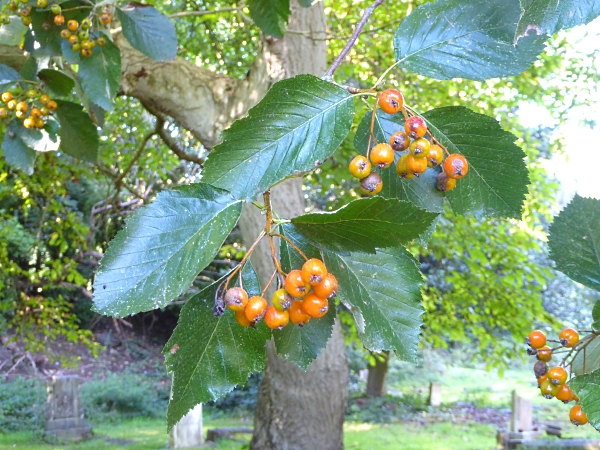 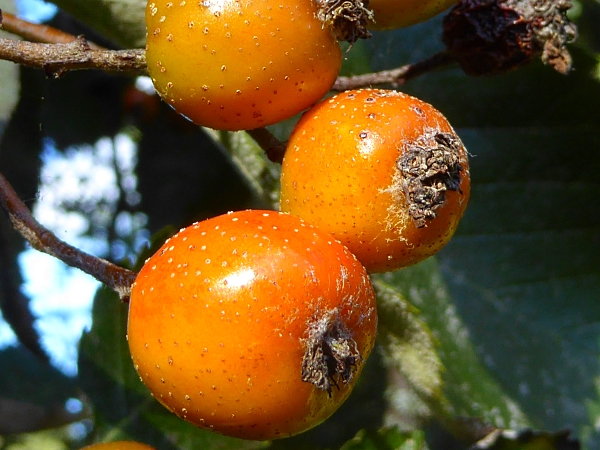 It was too early for much autumn colour on the Tulip Tree or the Sweet Gum (Liquidambar), but the top of the Red Maple was just starting to turn. 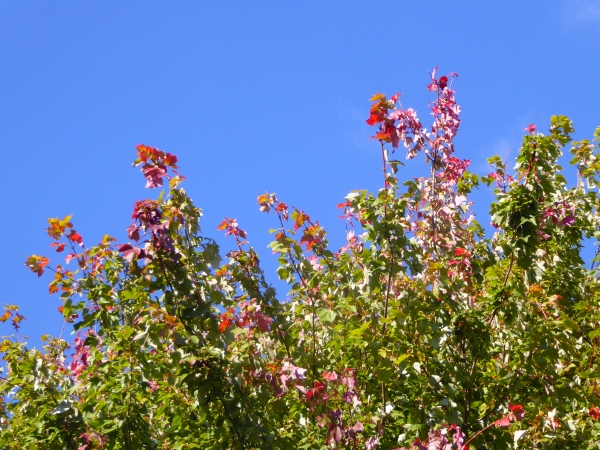