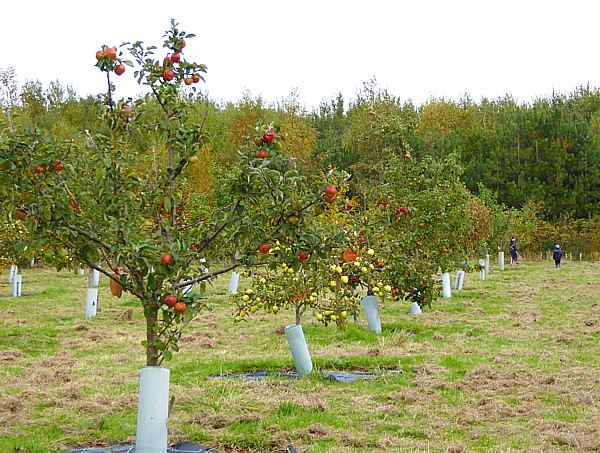 Gorse Hill Nature Reserve has an orchard, growing traditional old varieties of apple (and a few pears), and celebrates them in the autumn with an Apple Festival. The Sunday Group would have gone on 11th, but the MNA coach to Tatton Park took priority, so I went independently on the Saturday, meeting several other MNA members there: John C, Dorothy C, Brian W. There was apple tasting and sales, a juicing demonstration, juice tasting and sales, cider sales and guided tours of their orchards. 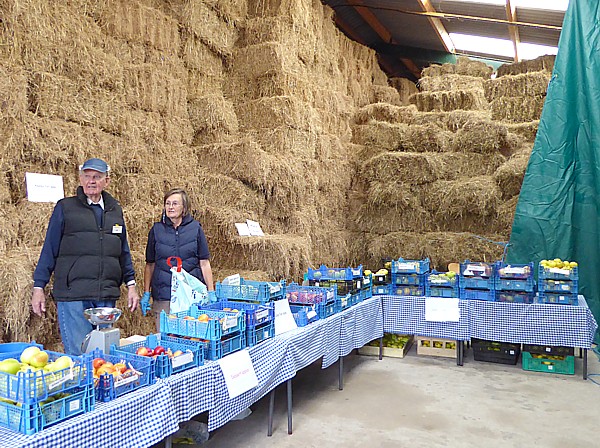 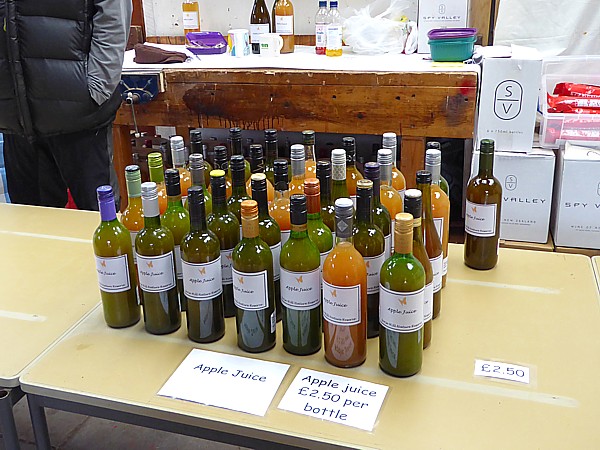 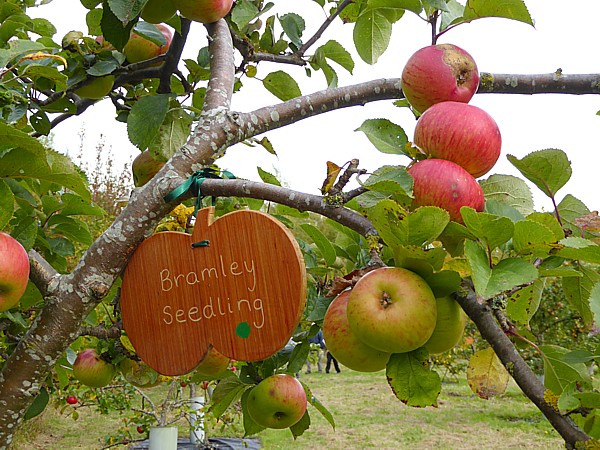 The variety Isaac Newton is said to be from a tree discovered in Newton’s childhood garden, and to be the one that fell on his head, sparking his theories of gravity. 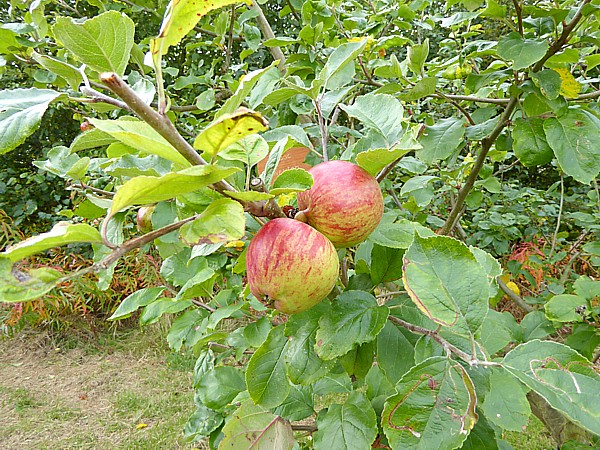 In the orchard hedges are Crab Apple bushes, which provide pollination services in the spring, but in the autumn are covered with tiny yellow apples, less than an inch across. 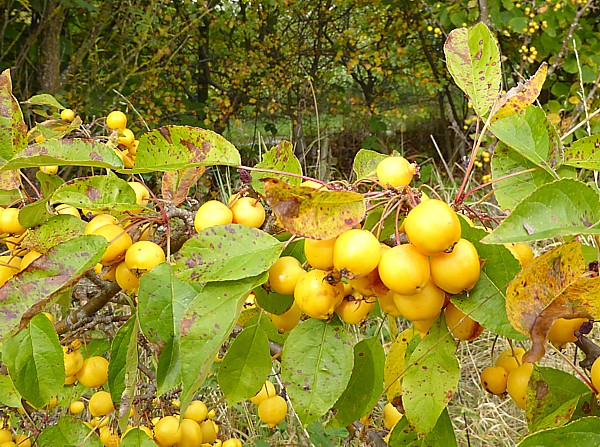 On the way back I noticed that from the top of the hill outside the Communications Centre, there is a lovely view of Ormskirk church, which famously has both a tower and spire. 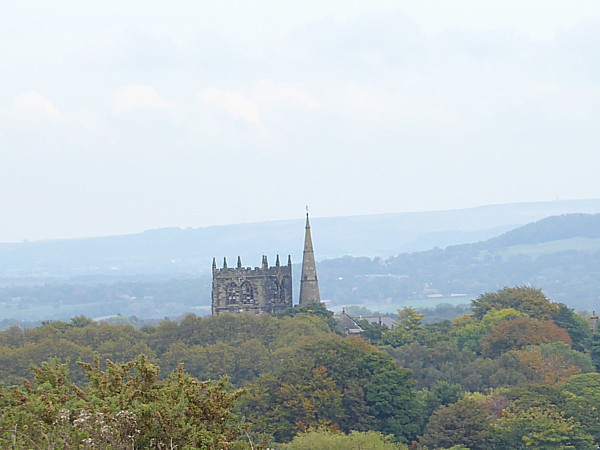 On the corner of Rose Place, a yellow Buddleia was still in bloom, probably Buddleia x weyeriana “Sungold”. It was being visited by a Buff-tailed Bumble Bee and a Common Carder Bee. 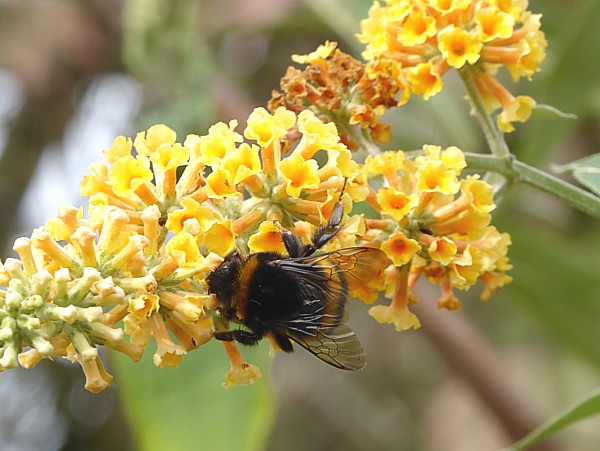 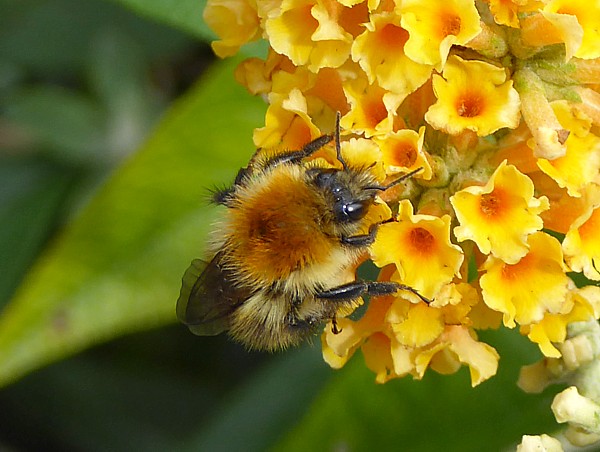 Another garden had a Garden Spider Araneus diadematus sitting in its web. 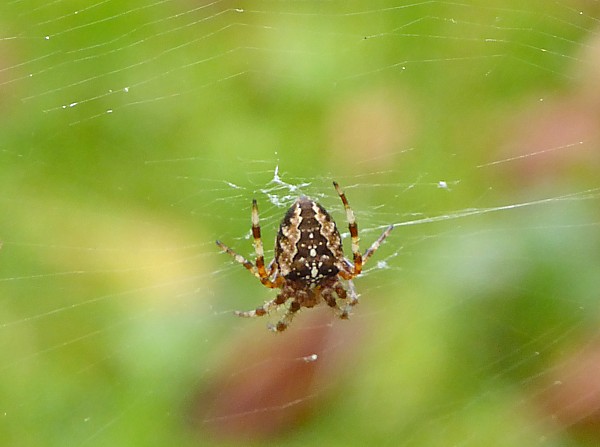 Tree of the Day was a Red Oak Quercus rubra with its very large leaves, in the garden of a house called Brosely on Long Lane. I chatted to the owner about it, who had planted it many years before, and he said it had been rather disappointing, not providing the bright autumn colour he had hoped for. 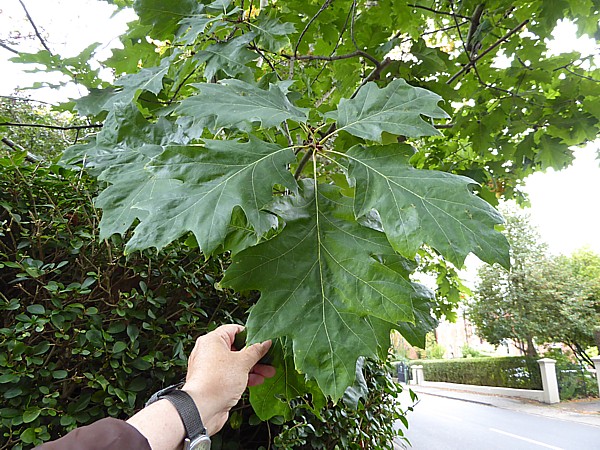 Public transport details: Ormskirk train to Aughton Park. Turn right up Long Lane, cross over Liverpool Road (the A59) at Christ Church Aughton and take the path up through the fields to the Communications Centre. Take the footpath left though the horse fields which brings you out, by four or five stone steps, onto Holly Road, next to the Gorse Hill entrance.