Six members travelled by bus, which arrived a bit late, so those meeting at the published time had already set off southwards. We met Gary and Linda Broad of The Friends of Pickerings Pasture,  who had the Visitors’ Centre open for us.

The bird table near the car park had already offered  Blue Tits, Goldfinch and Linnet and as we made our way southwards we added Herring Gull, Blackbird and Redshank. The tide was coming in strongly, and we noticed some Mallards facing upstream to Liverpool but being swept backwards to Runcorn. The hedgerows had a wonderful display of Sea Buckthorn berries, orange against the blue sky, and the Alder catkins were out, another sign of spring. 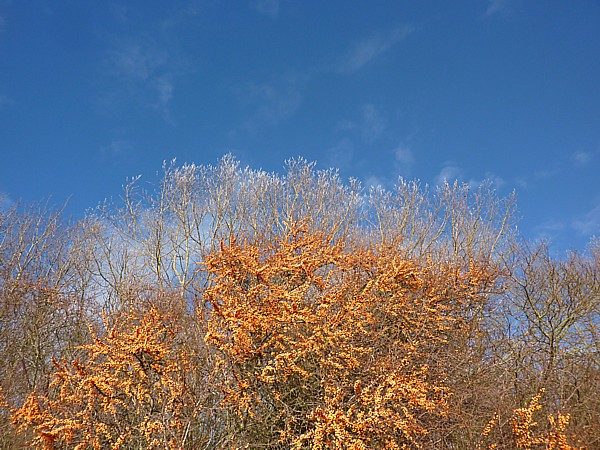 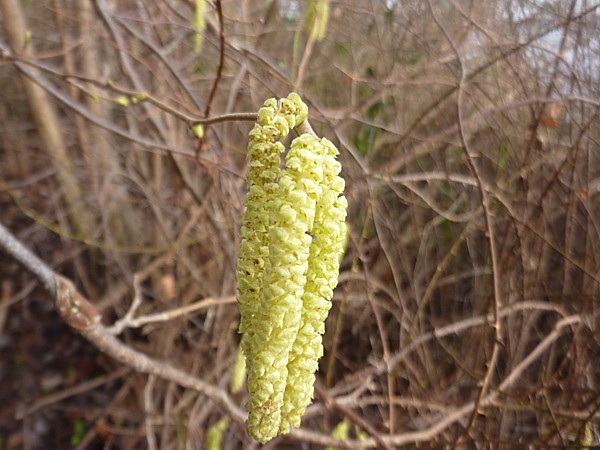 We met the earlier group near the cycle bridge, making about 14 of us altogether, including at least one new member. In the Ditton Brook inlet there were Teal and Heron. 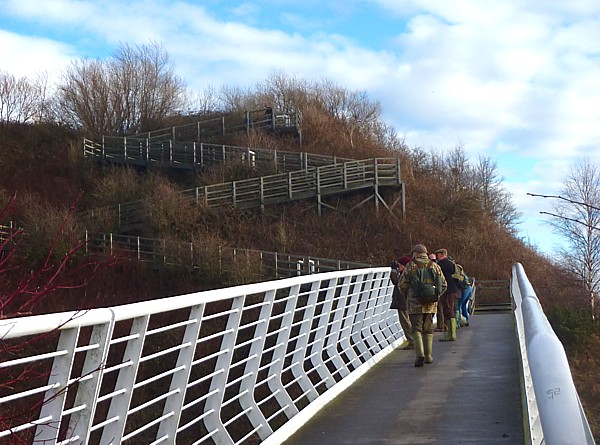 On the other side of the bridge Sabena photographed this nice lichen “growing on the wooden fence beside the zigzag path up the ‘mounds’ – it’s a Lecanora species with disk-shaped apothecia (fruiting bodies).” 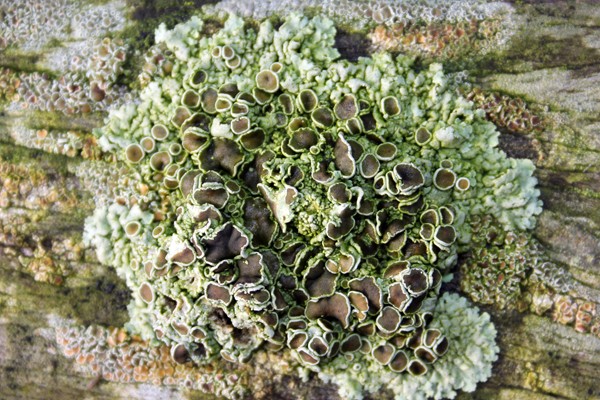 As we made our way back to the Visitors’ Centre (some of us hoping for lunch!) Carol Cockbain of FoPP said her husband Rob would meet us at the hide at 12.30, and there was a Kingfisher! We made it in time to see the Kingfisher sitting on a post. Not only that, but a Great White Egret. 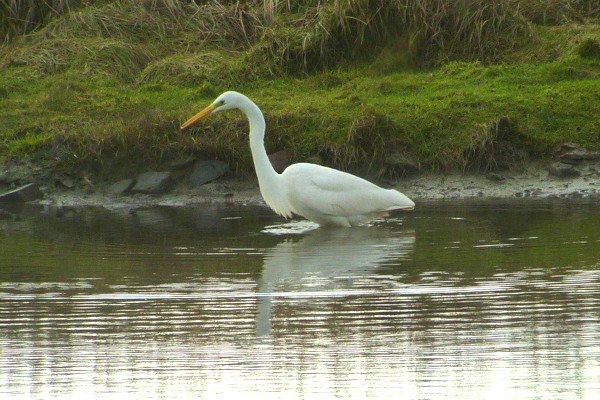 We ate our lunches at the hide, building up a long list of bird species, and I know I didn’t write them all down. John Clegg had 41 by the end of the day, plus a Jay which he heard but didn’t see. There were Shelduck, a Little Grebe being elusive, various geese and gulls. After a while a Little Egret came in, too. Rob Cockbain had his telescope out and was scanning the far fields. He spotted a Mediterranean Gull at extreme range, wheeling amongst a flock of commoner gulls. Some waders went up and we saw a Peregrine chasing them, but we didn’t see if it made a kill. 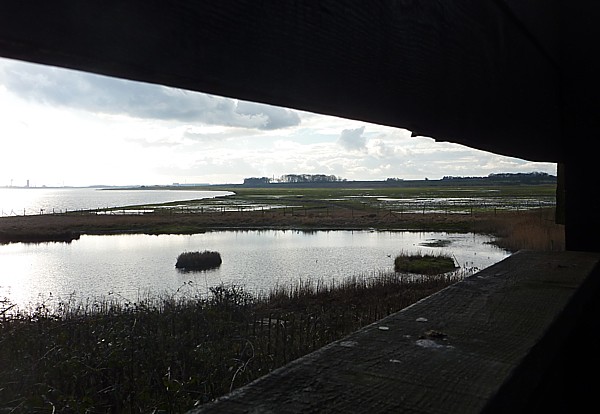 On the feeders were Great Tits, Chaffinch, Greenfinch, Long-tailed Tits and a Blackbird. 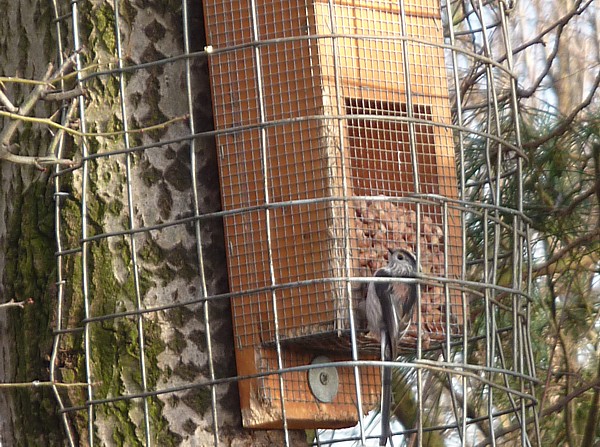 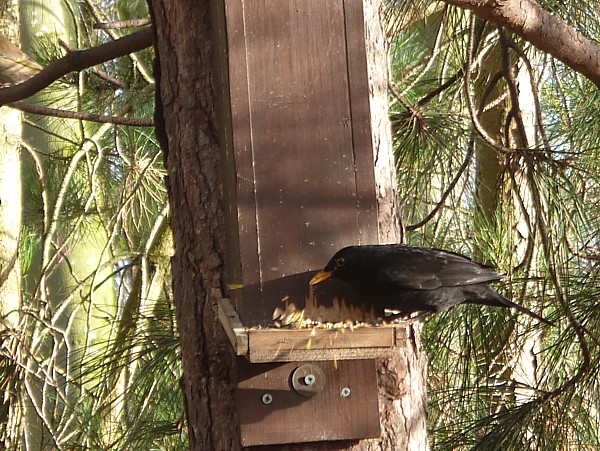 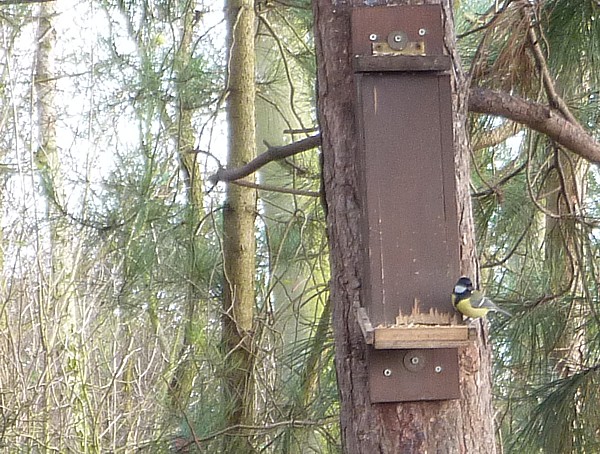 There was a Robin in the wood and a Great Spotted Woodpecker perching overhead. Last spring it or another woodpecker had attacked a nest box high in the trees, opening up the entrance hole to get at the chicks inside. (Sorry the picture is “washed out”, but it was necessary to show the detail of the damage.) 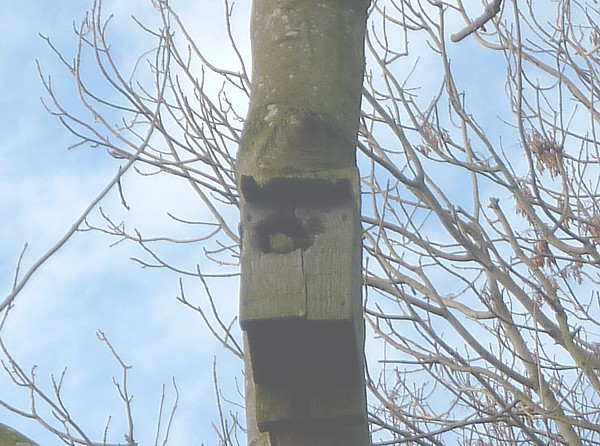 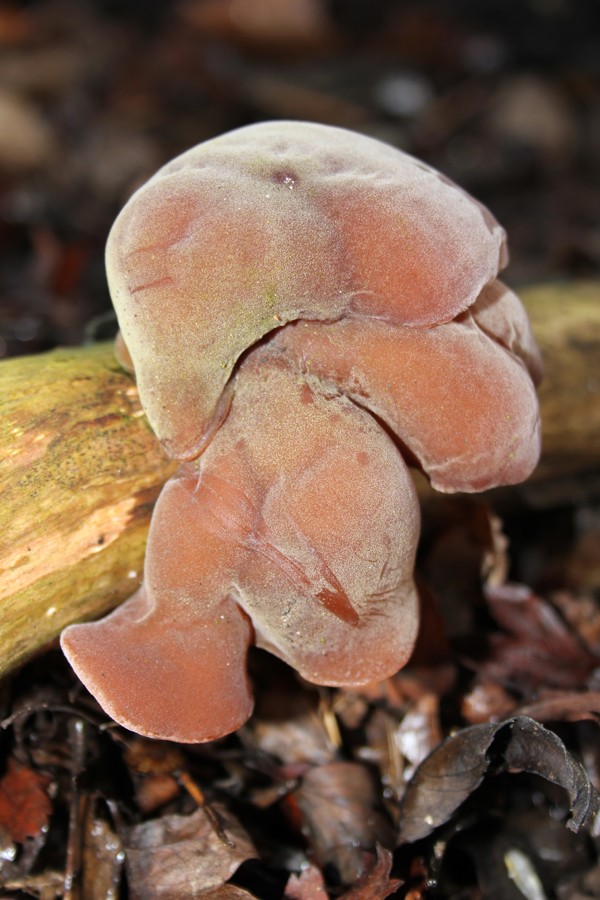 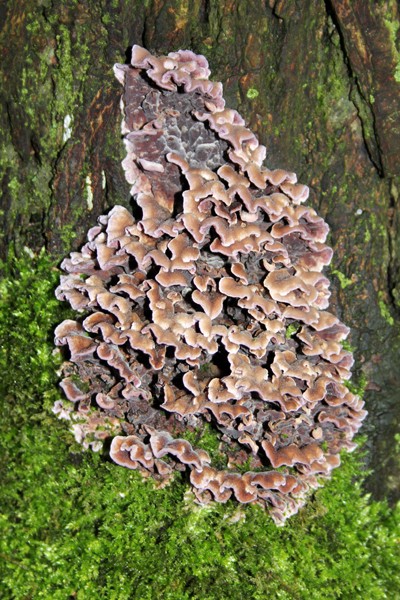 We had planned to go to the Duck Decoy today, but the recent heavy rains and the demise of FoPP’s pump made it impossible. Carol Cockbain has sent me a picture of the main walkway, which is now underwater. It would have been impossible for us to visit, so we’ll have to take up the offer some other time.  Our thanks to Gary and Linda Broad, and Carol and Rob Cockbain for giving us such a good day. 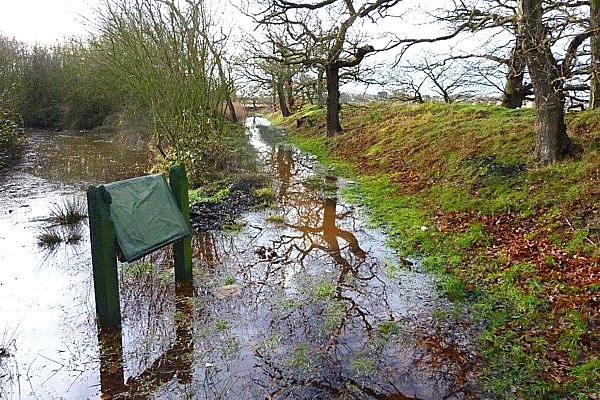 Our last sign of spring was a Lesser Periwinkle in flower on the verge by the bus stop. 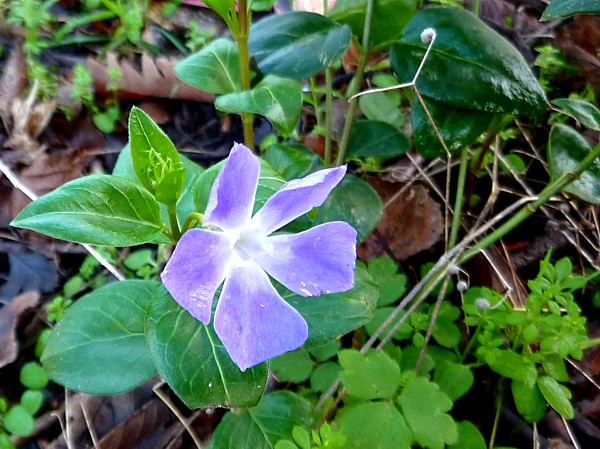