It was Remembrance Sunday, so we chose the service at Hamilton Square. We have found Liverpool to be too crowded, we arrive too late at Southport for a good spec and the Bootle service isn’t our favourite, so Birkenhead is the best for us. In contrast to many previous Remembrance days, this one was clear and sunny, although we still got cold, just standing around. 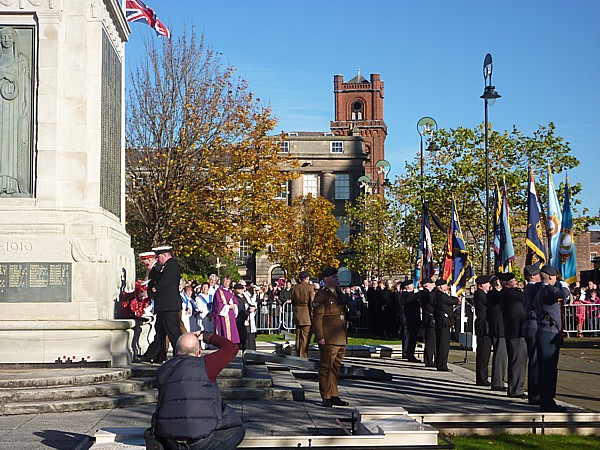 After a quick browse in the Wilfrid Owen Story and Gallery in Argyle Street
we had lunch in a sunny spot in Hamilton Square gardens, then took the train to New Brighton.

We were looking for Purple Sandpipers. Ten of them had been reported at New Brighton Marine Lake on Thursday (but not on Friday or Saturday). We scanned the rocks and breakwater all around the Fort Perch Rock area, but there were none to be found, just plenty of walkers with loose dogs, who could have scared them off days ago. Along the incoming tideline we spotted Sanderlings, Oystercatchers, Redshank, various gulls and some Cormorants. Half a dozen Jackdaws looked down on it all from the chimneys of the Fort. 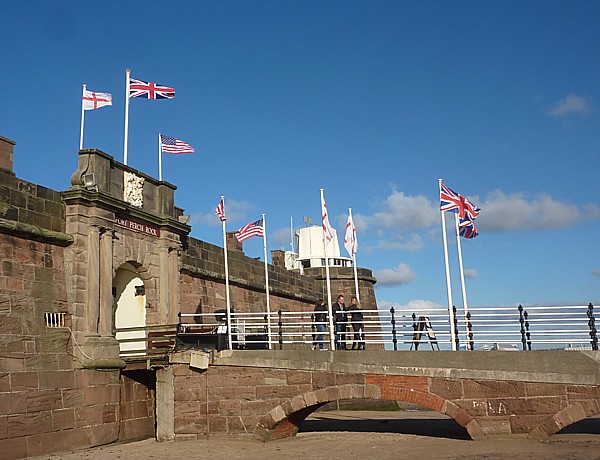 Opposite the Tower Grounds is the “Black Pearl”, a large pirate ship made of driftwood, which the kids (and some bigger kids!) were all climbing on. It has a Jolly Roger and a Treasure Chest (filled with beach combings and pine cones) and miscreants can “walk the plank”. To the disgust of some passers-by, Wirral Council has posted an “at your own risk” notice on the railings. At least they haven’t banned the children from playing on it!  We had just missed the light, so this isn’t the best picture. I’m afraid. 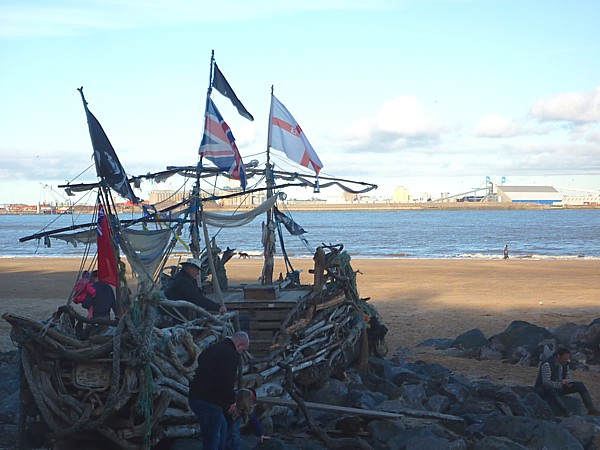