It was an overcast day, noticeably cooler, with a brisk breeze. Only a short leg today, not much more than a mile, which would have been very welcome if it had been as hot as it was earlier in the week. The 300 bus dropped us at Our Lady’s Church at Lydiate and we walked along Hall Lane again, to Jackson’s Bridge and the canal, enjoying the sight of a young Swallow begging for food from a telegraph wire. House Sparrows were chirping, Starlings were congregating on TV aerials, but the House Martin’s nests at Barn Hey looked deserted. The sheep in the field to the south of Hall Lane were surrounded by a circle of chopped turnips – I imagine the grass has stopped growing in the prolonged dry spell and the growing lambs need extra food. 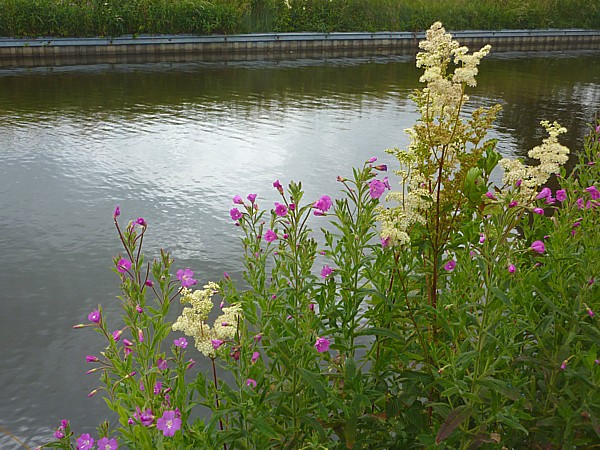 The canal edge was full of Greater Willow Herb and Meadow Sweet, although the path itself looked like it had been treated with herbicide. Here’s a Small Tortoiseshell on the dead grass, which may not be doing it any good! There was a dead fish in the water nearby. 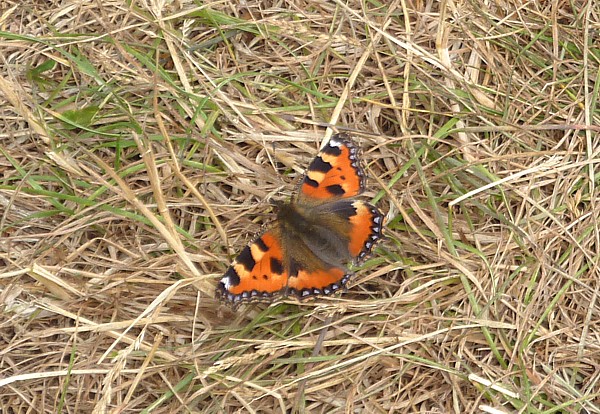 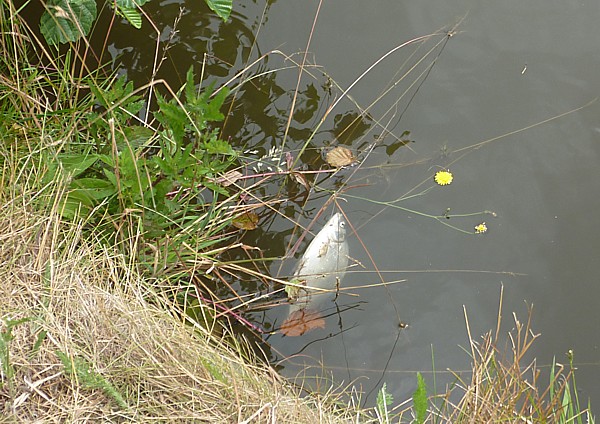 Just north of Jackson’s Bridge the canal crosses a small stream, which is the boundary between Merseyside (Sefton) and West Lancashire. It rises near Skelmersdale as the Bickerstaffe Brook, is called Sudell Brook where the canal crosses it and it’s Lydiate Brook further west, eventually flowing into the Alt.

We lunched on the canal bank near Rimmer’s Bridge. Two Black-headed gulls kept circling, appearing to hover over a spot on the canal edge, then flying back around again. Were they hoping for food from us? Was there something in the water they were interested in? We couldn’t see anything.  Away on the other side we thought we had spotted two huge birds of prey, but they turned out to be two tethered black canvas kites, soaring over a farmer’s crops, presumably as bird scarers. 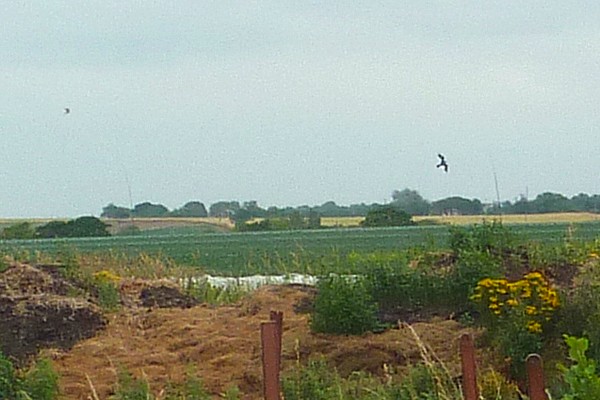 There were very few Mallards about, and we saw only one each of Coot and Moorhen all day. Perhaps they were all sheltering in the shade of the reeds. But near Rimmer’s Bridge a mother duck was out and about with seven well-grown ducklings. 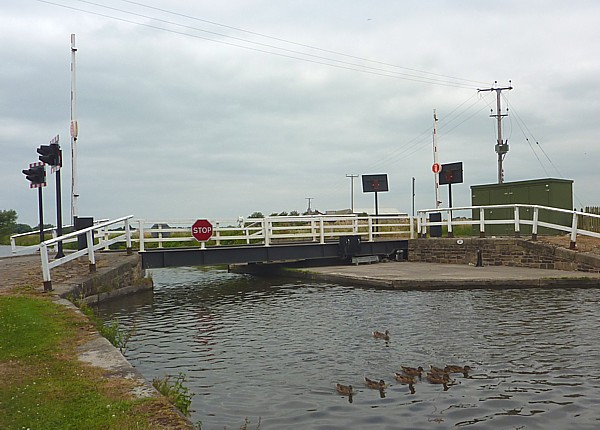 The fields of wheat and oats were ripening on either side of the canal, and a Kestrel hovered overhead. Further along we noted another dead fish, about a foot long. Its head was down, so it was hard to tell what it was, but it could even have been a Pike. In a tree on the bank on our side there was prolonged loud scratchy birdsong coming from a thick tree. We were right under it, no more than a few feet away from the source of the song, but the bird itself was completely invisible. A Whitethroat? I though they put themselves on show when they were singing.  On the other side, a different loud raspy song was coming from the reeds. That was definitely a Reed Warbler.

Near Downholland Bridge there is another relic of WWII, a fortified barn, now used only by Swallows. 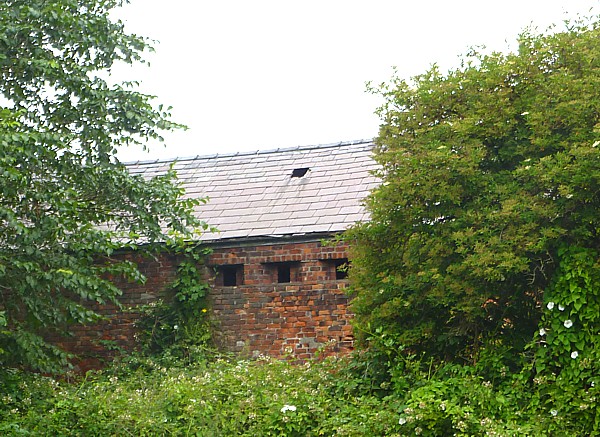 Alongside the barn, partly hidden in a tree, was an extraordinary “sculpture”. A wooden carving of a pair of male hips, wearing old fashioned thigh-length underpants, and clearly in an uncovered state of excitement. What joker has put THAT there? There was time for a swift drink and a comfort stop in the Scarisbrick Arms before we caught the 2.21 bus home.