On Sunday 14th I led a small group on a fungi foray at Carr Mill. Not the best time for fungi but we chose this site because the ditches running alongside the paths are usually flooded during the winter.  It proved to be a good choice because the ground was still damp and boggy despite the recent blistering heat.

Most of the fungi we found were tiny specimens under wet logs and branches, for the specialists rather than of general interest. We did find some larger fungi such as Russula parazurea (Powdery Brittlegill), Polyporus tuberaster (Tuberous Polypore) and Conocybe rugosa (Conecap) but not many.

The most interesting finds were of Mycoacia uda, an uncommon, toothed crust fungus and Eutypella scoparia, a Woodwart with spiny outgrowths. 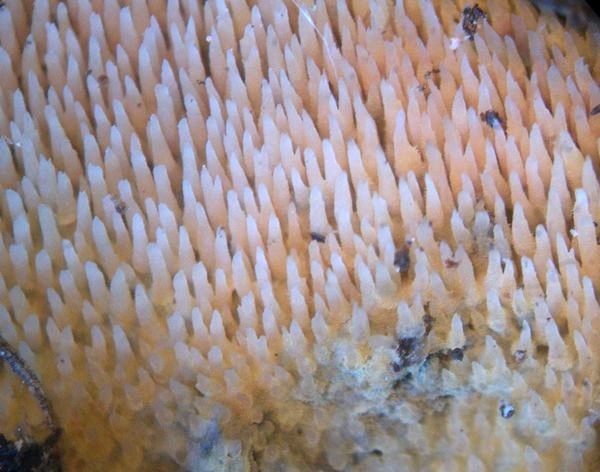 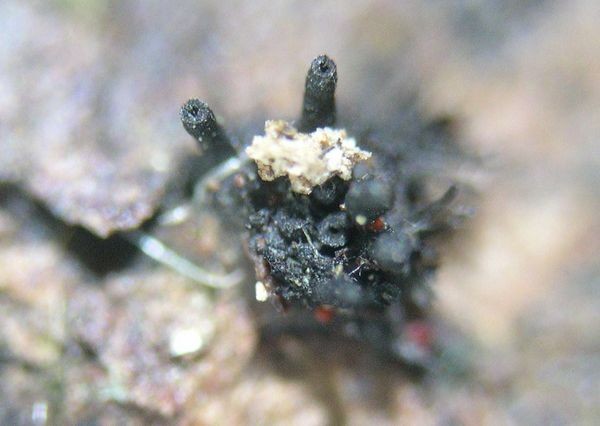 We found a total forty three species which is very good for this time of year.

Last month a small fungus was found on an old piece of bamboo cane at Allerton Allotments. It was sent to Kew Herbarium who identified it as Astrosphaeriella stellata, an Asian fungus which is new to the United Kingdom. Not much to look at but beauty is in the eye of the beholder. 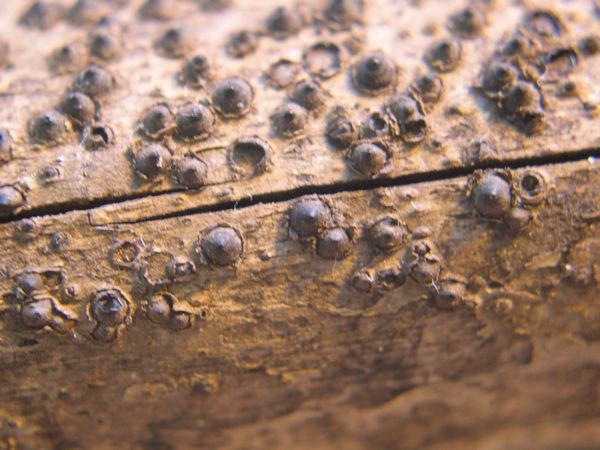