This year we plan to walk along the canal in sections, starting at Sandhills. It was a grey, overcast and cold day, with spits and spots of snow, not the best of days to be amongst the rather grim post-industrial warehouses. But at least the wind was behind us. 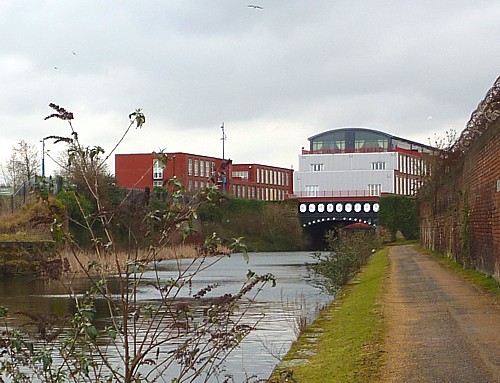 As soon as we got to the bottom of the steps from Sandhills Lane two Mute Swans swam up hoping for bread. Neither had a pronounced knob on its bill so they weren’t a mature pair. One of them had a blue Darvic leg ring, which I reported to Wes Halton of the North West Swan Study. He has advised me that DT6 was ringed on 23rd November 2011 at Sefton Park when it was a cygnet. He didnt say if it was a male or a female. We’ve probably seen it before, one of the two sets of three consecutively-numbered young swans on Sefton Park lake in January 2012. 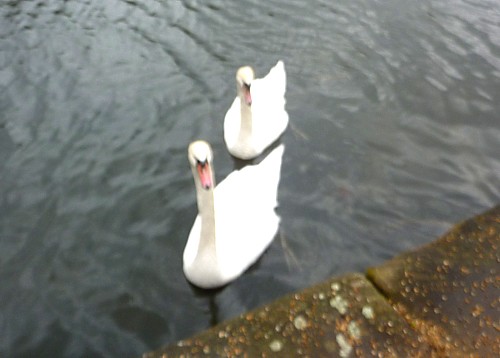 There were no exciting birds along this stretch of the canal, just the expected Canada Geese, Mallards, Moorhens on the bank and Coots nesting. But we noted the Buddleia and Gorse growing out of the canal edge, the Blackthorn flowering on the opposite bank and small clumps of Crocuses on the edge of the path  has somebody been “guerilla planting”? We remarked on some odd-looking “shelves” on the far side, and a helpful sign told us they were “manure wharves” used to take fertiliser to farms in West Lancashire. 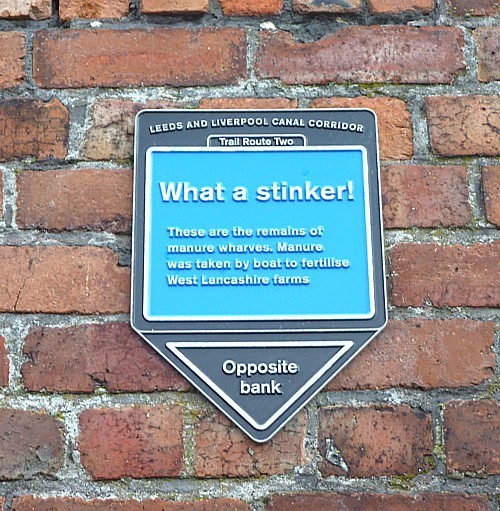 The non-water birds included Magpies, Greenfinches near Oriel Road station, Goldfinches near Irlam Road, a Chaffinch, Herring Gulls and Black-headed Gulls. Also near Oriel Road Station is the canalside garden of Church Street Demolition, with bird feeders, seats, a beehive and a sign saying it won a “Sefton in Bloom” award in 2003. David Bryant, the MNA chairman, used to be the gardener here, but I don’t think he still keeps it up. [Added later – yes he does. He tells me they have four regular breeding butterflies there, Common Blue, Holly Blue, Gatekeeper and Meadow Brown.] 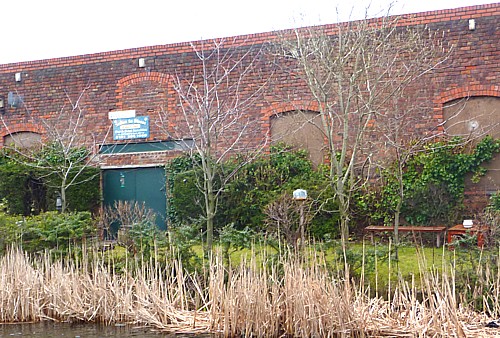 Several more pairs of beehives were dotted along the far side of the canal between Oriel Road and Irlam Road. I wonder who manages them? As we approached the Strand shopping centre we kept a close eye out for Water Voles, which are known to live in this part of the canal, but there were no signs of them today. Some consolation was a pair of Cormorants on the corner near the new flats, one looking splendid in its breeding plumage. 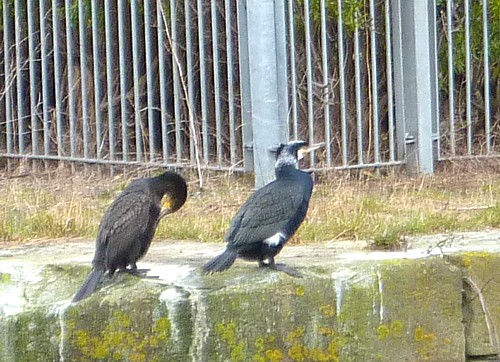 We lunched in the warmth of the Strand shopping centre and emerged to a brief burst of sunshine. The milestone just north of Stanley Road told us we were 3 miles from Liverpool, with Leeds 124¼ miles to go. (We aren’t aiming for Leeds, though, perhaps just Wigan!) At this busy “feed the ducks” corner there was another pair of Mute Swans, but neither had a leg ring. In the hedges along the Seaforth side we saw Hawthorn beginning to show its leaves and Blackthorn in early bloom. 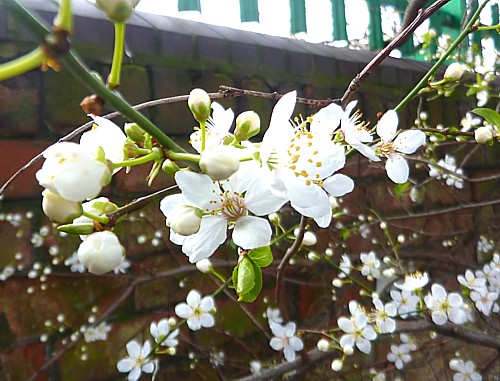 At the British Waterways depot at Litherland Moorings near Tesco Litherland there was another pair of beehives, but one appears to have been burnt out by vandals. 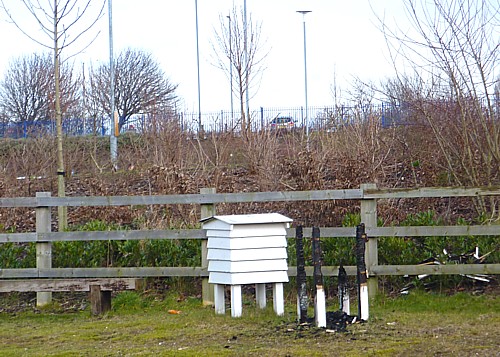