From Tony Carter, 9th September 2012
A fungus that I always look for in hedgerows is Tubaria dispersa (previously T. auctocthona). This attractive little species is found under Hawthorn and grows out of the buried, mummified berries. I look for older, overgrown hawthorn trees where the ground underneath is bare of undergrowth. Whether this is because the fungus likes this or because I can see them more easily, I can only speculate.  When it fruits it usually does so in good numbers. If you dig carefully, you can often extract the specimen complete with the host berry. 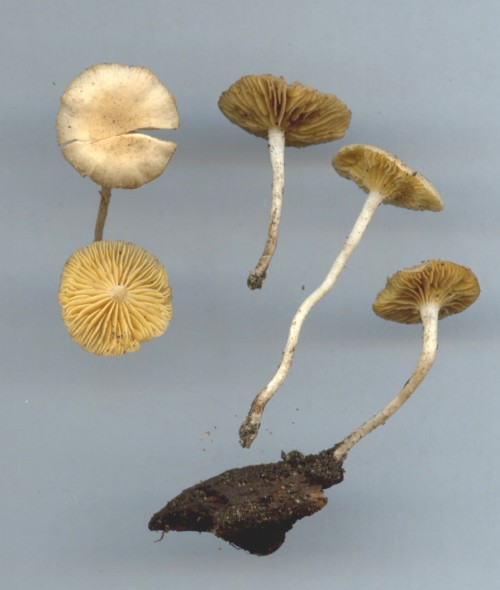 There is an old hawthorn hedge surrounding my allotment site, where this fungus grows every year but only under one of the trees. One side of the allotments backs on to the gardens of private houses. One householder had grown a cotoneaster, which was tumbling over the boundary fence. Last week, I was surprised to see some small fungi growing under the bush. I was even more surprised to discover they were Tubaria dispersa. They were nowhere near their usual site under the hawthorn. I therefore consulted my Checklist and discovered that Cotoneaster is an alternative host for this fungus. 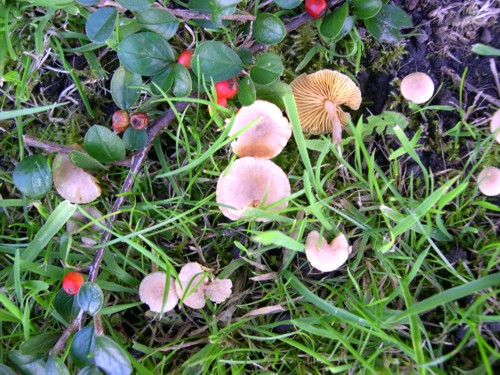