Despite the freezing cold winter and very dry spring, 2011 turned out to be an excellent year for fungi, helped by the extended period of warm weather into the New Year.

A thaw in the treacherous conditions of January allowed me to take a stroll around some of my local parks in Liverpool. In a small copse of mixed pine at Allerton Tower that was clear of snow, I came across a group of Striate Earthstars –  Geastrum striatum. This is an uncommon species in this area. Samples were requested by Kew Herbarium and were duly dried and dispatched. 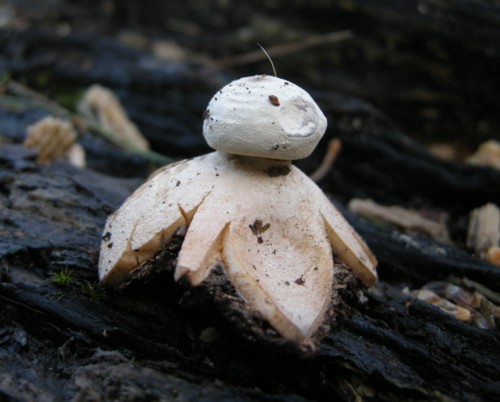 In April, I went with a group of friends to Ainsdale to search for spring fungi. The weather had been so hot and dry that we found very little until we reached one of the now dried-up slacks. There we counted twenty seven Black Morels  Morchella elata.  I have not seen so many since the trees were removed to encourage the return of the dune system. 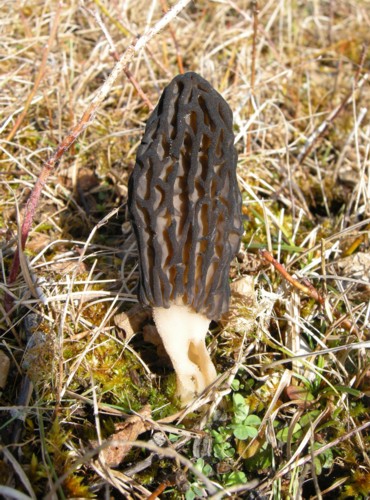 At the end of last year the flowerbeds and shrubberies in Calderstones Park were heavily mulched. This proved to be a boon for the fungi. It was there, in June, that I spotted the Warty Cavalier – Melanoleuca verrucipes. Although fairly common in southern Britain, I know of only one other record for North West England, at Manchester. It is probably moving north with the warmer climate. Another specimen requested by Kew. 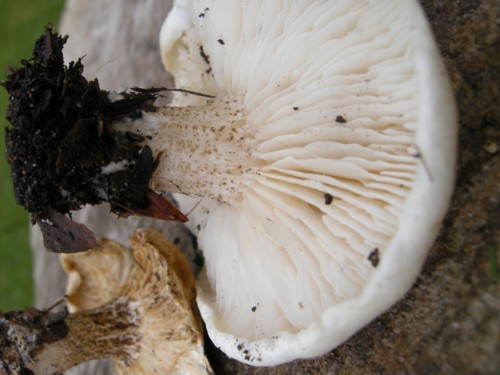 In August, I was asked by a colleague to find some Sand Stinkhorns so that he could photograph them for a book he was preparing. Having taken advice from the wardens we searched an area just south of Pontins Holiday Camp at Birkdale. We failed to find any but I did stumble across a Stropharia halophila in the dunes. This species is on the Red Data List (Vulnerable).  There are only three previous records on the British Database, the nearest to our area being from Westmoreland. Another specimen for Kew Herbarium. 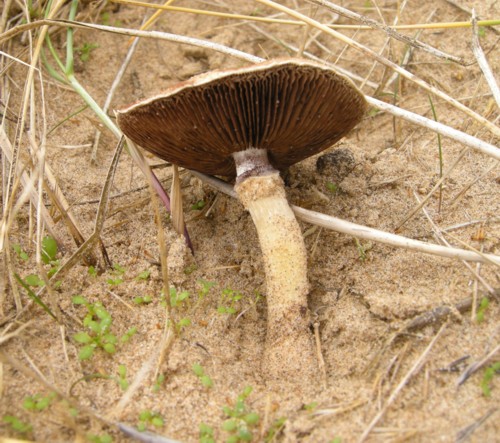 Later that month, I was crossing over a central reservation in Allerton, Liverpool where, to my great surprise, I collected a Crimson Bolete – Rubinoboltus rubinus. This is another species on the Red Data List (Vulnerable) and was duly sent to Kew. Not a normal find on a central reservation but many of the roads in South Liverpool cut through the former estates of 19th century Liverpool merchants and still retain the trees planted in that era. 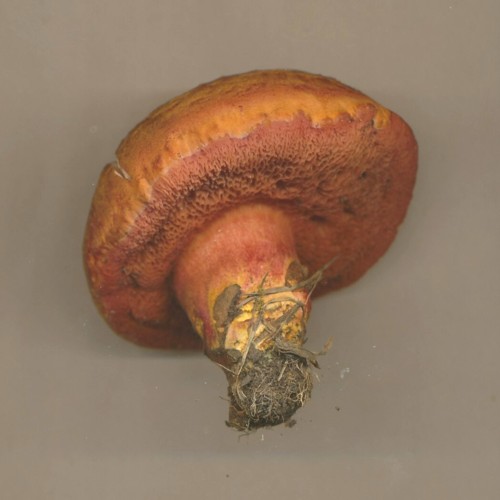 The extended warm weather in December found me in Calderstones Park again. On a mound of rotted-down garden waste I came across a group of Freckled Dapperling – Echinoderma asperum, another species moving north from warmer climes. 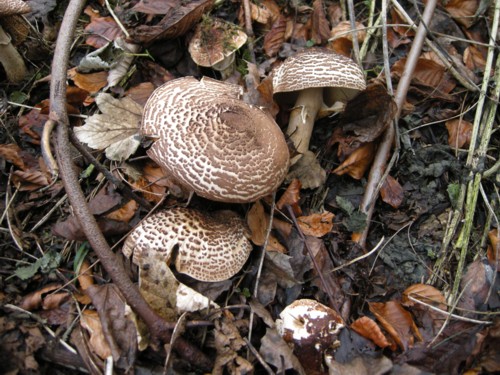 But more exciting, on the same mound were a couple of Golden Bootleg  Phaeolepiota aurea. Although in poor condition, the telltale sheath on the stem was obvious. They are regarded as Rare on the Red Data List but unfortunately too far past their best to send to Kew. 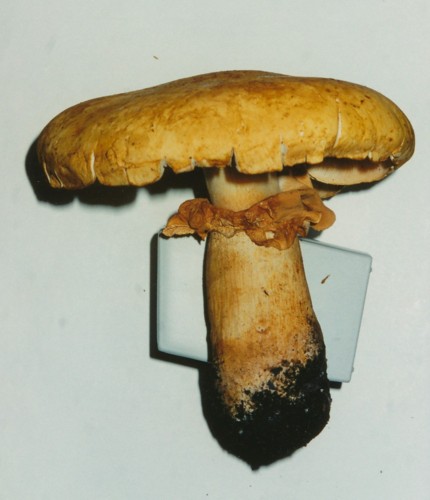 The most exciting discovery of the year was on an allotment in Liverpool. In 2009, I had collected an unusual specimen growing amongst the vegetables. The striking feature was the very large inflated root or sclerotia that extended deep into the soil.  I could not identify it and eventually sent specimens to Kew to see if they had any idea. In 2010, it grew again but it was only in August of 2011 that the experts at Kew were able to name it. It is Hypholoma tuberosum.  This fungus had previously been recorded in South Australia and Vancouver. This was the first time it had ever been recorded in the United Kingdom. It seems that the key is an association with peat, which many gardeners used until recent exhortations to try alternative compost resources in order to protect the dwindling peat environment. How did it find its way to Liverpool? 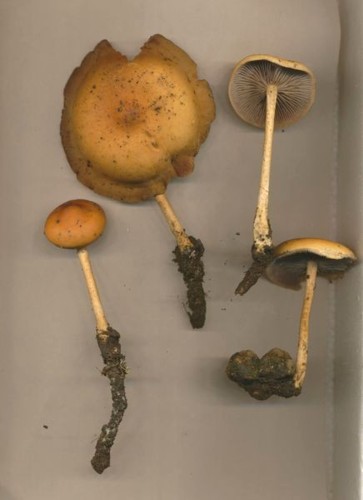 The fascination of collecting and studying fungi is that they can be found at any time of year in just about every habitat. They do not run or fly away. There is no need to travel far afield or search out ancient woodlands.  It is possible to find rare species, even new to the UK, in your local park or your garden.  All you need is a good sense of observation.