On Sunday 22nd April, I led a foray to Freshfield Heath and Ainsdale Sand Dunes NNR on behalf of the North West Fungus Group. Some of you will remember that Ken Jordan used to lead this foray in conjunction with members of MNA. The NWFG continue to honour this annual foray and it has been named by them as The Ken Jordan Memorial Foray. The foray was attended by David Bryant and Peter Gahan, the manager at Ainsdale. Despite the rain, the reserves were very dry. Peter told us that the water level was now at its lowest point ever. Because of this lack of rain, fungi were few and far between on Freshfield Heath, mainly micro fungi on twigs and the odd grassland species such as Panaeolus fimicola (Turf Mottlegill). 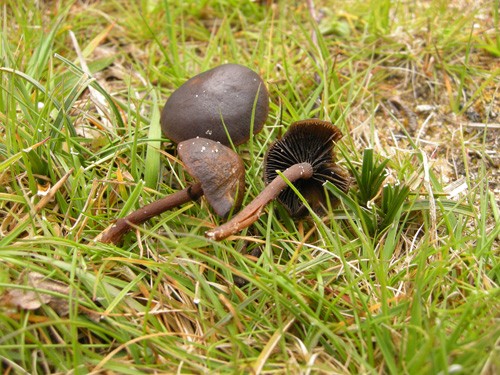 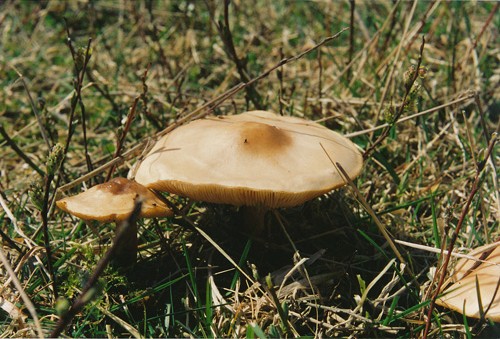 We did find a dozen Morcella elata (Black Morels) on the dry slacks (no attached photo of them). We also found  Clitocybe vermicularis. Although not unique to Ainsdale, there is only one other confirmed site for this species – in South Devon. 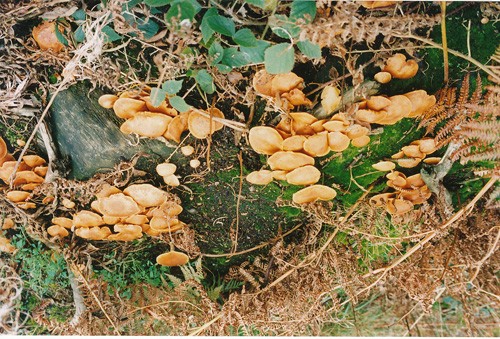 Another find was the very tiny (3mm) Monilina johnsonii (Haw Goblet). This grows on old hawthorn berries. It is said to be uncommon but I suspect this is because of its small size and that you have to search for it. 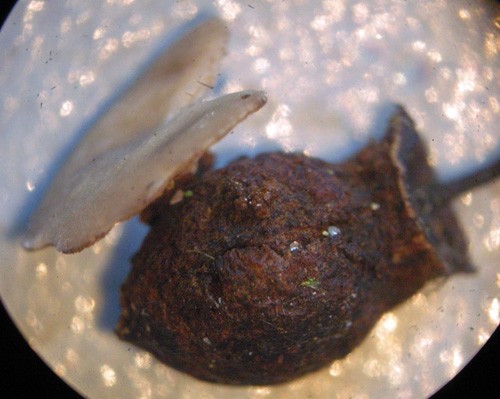