It was a seriously wet day, bucketing down almost the whole time we were out. We got to West Derby Village at about 10.30, met Margaret and Howard, then trudged up the long drive to Croxteth Hall. 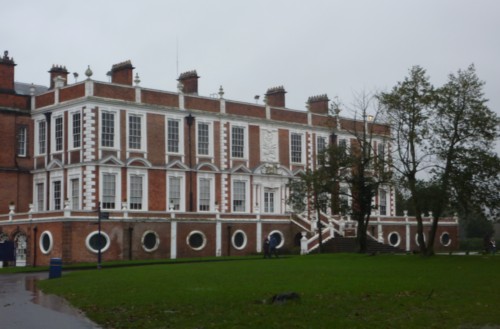 Near the small resident herd of Highland Cattle, one sick Birch tree had eight bracket fungi growing from it, and there may have been more around the other side. 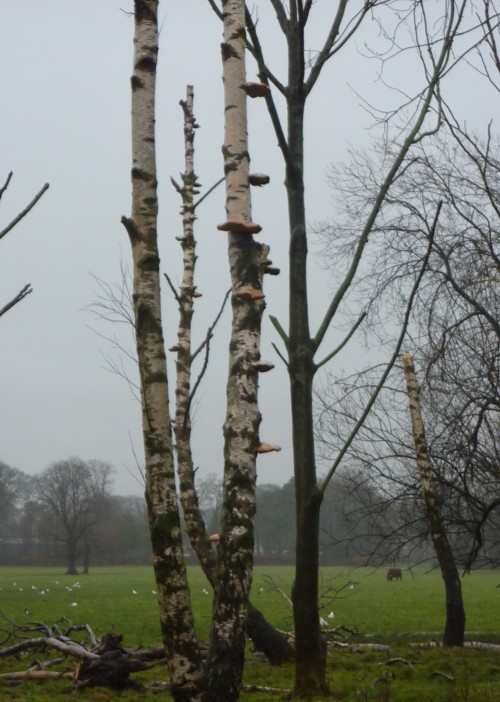 We saw quite a variety of the usual woodland birds  Chaffinch, Blue Tit, Blackbird, Wood Pigeon, Long-tailed Tits, Robins, and some Great Tits on the ground below a Beech tree, apparently feeding on beech mast. Not seen that before. There was a Grey Squirrel and a Jay flying through the trees. On the wet fields were Black-headed Gulls, Herring Gulls, one Lesser Black-backed Gull, several Carrion Crows, Jackdaws and Magpies. The lake held only Mallards and Moorhen.

There was a dead mouse in a shallow puddle on the edge of a tarmacked path. We fished it out and measured it. Head and body length 7cm, tail length 8-9cm, fur looked grey  so it  must have been a House Mouse Mus musculus.  What was it doing dying out in the rain? No obvious injuries, so had it been dropped by a bird of prey?

On the lawn opposite the Hall we spied a tree that looked like an Oak, but which still had all its leaves.  Was it a Holm Oak? But the leaves weren’t right. It had corky bark and bristly acorn cups. 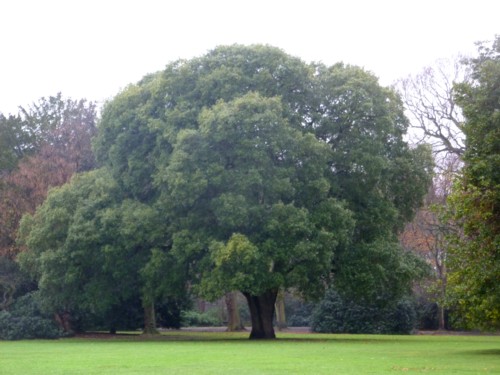 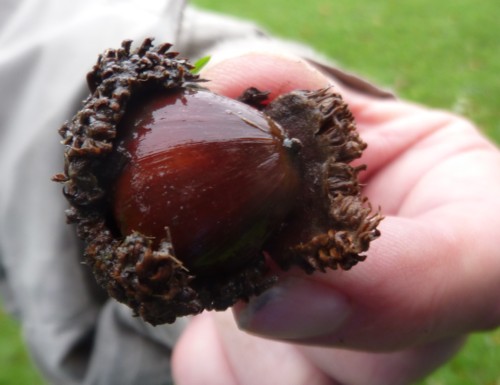 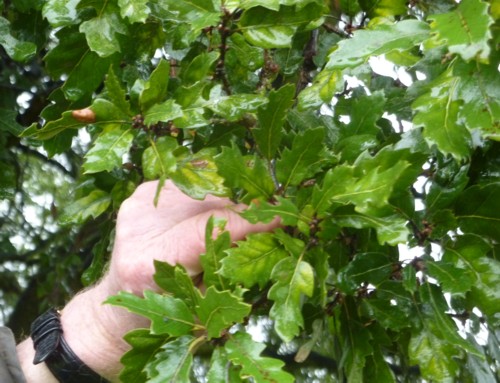 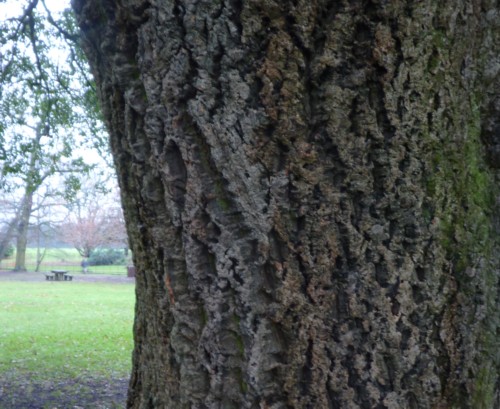 On the following day Margaret found it in a Croxteth “tree trail” leaflet. It’s a Lucombe Oak, Quercus x hispanica Lucombeana, a hybrid between Holm Oak and Turkey Oak, which occurs naturally in the Mediterranean but ornamental ones in the UK are mostly clones of the one first cultivated in Exeter by William Lucombe in about 1762.