Our usual pre-Christmas trip to Chester was on a cold and windy day, with occasional squally showers, but at least it wasn’t snowy and icy like last year. 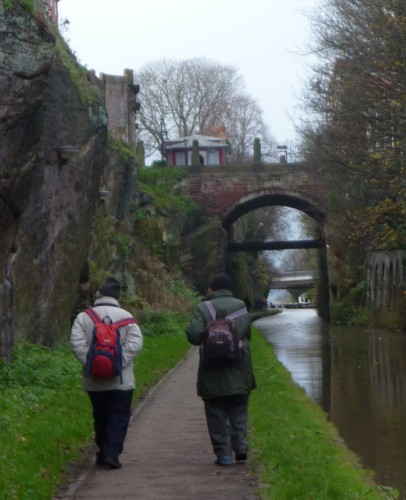 We walked along the canal, seeing just Moorhens and Mallards, then spotted a pair of Mute Swans on the bank at the canal junction, near the Telford Warehouse. The male hissed at us as we read his green Darvic ring  C502, which means he was ringed in Cheshire in 1999 and is twelve years old.  (Added later: No it was a female, ringed 29 July 1999 at Cholmondeston Locks near Nantwich.  Seen September 1999 at Barbridge, Nantwich and in November and December 1999 at Westport Lake, Stoke. Last sighted in April and November 2000 at Barlaston, Stoke. I wonder where she had been in the eleven years since then.)

We went into Water Tower Gardens for our sandwiches and a hazy sun tried to come out, but there was still a sharp wind.  Just Pigeons, Black-headed Gulls and a Magpie. Interesting maze, though. 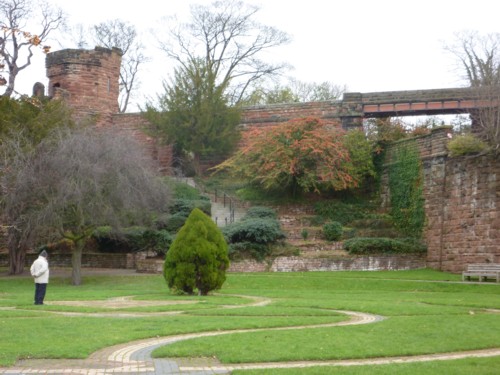 There is a new Riverside Promenade walking and cycling path along the Dee, but the only extra birds were some Teal. Mindful of our sighting of a Mink two years ago, we spotted some tracks the silty riverbank, but whether they were Mink, Fox, cat or small dog we couldn’t say. 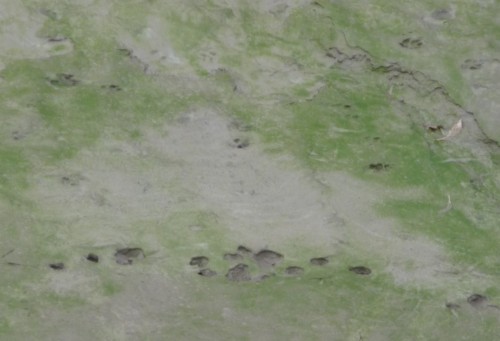 The middle of the Racecourse had several hundred BHGs interspersed with crows, and we were intrigued to see a cage and net by the fence. Soon an RSPCA man appeared. He had received a report of a fox with a broken leg near the 5½ furlong marker, and had been searching, but the injured fox was not found.

In town, heading for the Christmas Market, we came across the Greyhound Rescue street collection team, and they are as suitable a Christmas picture as any. Happy Christmas to all! 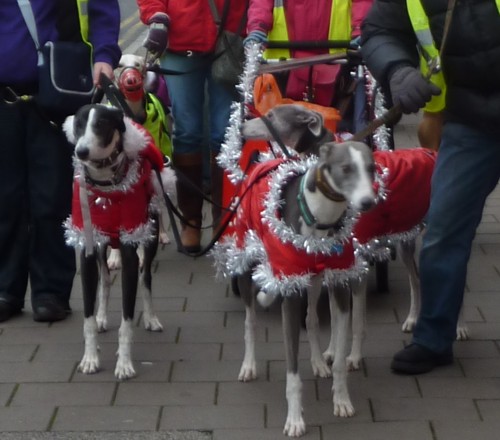