After a night of high winds and heavy rain, we met on an overcast blustery morning, took the 86A to Mather Avenue / Danefield Road and then along Springwood Avenue to Allerton Cemetery. Three of us have family burials there, and we paid our respects at the graves. There were very few obvious birds about, but we did see two Great Tits, some Jackdaws and a flock of about 100 Starlings flying overhead. Some interesting trees and shrubs, though. Margaret took us to a Medlar tree she knew, and John spotted a hedge of the now-rare Juniper. 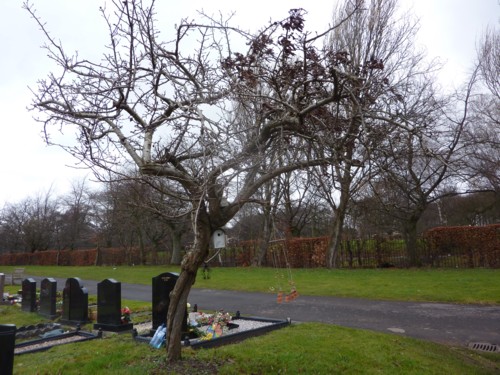 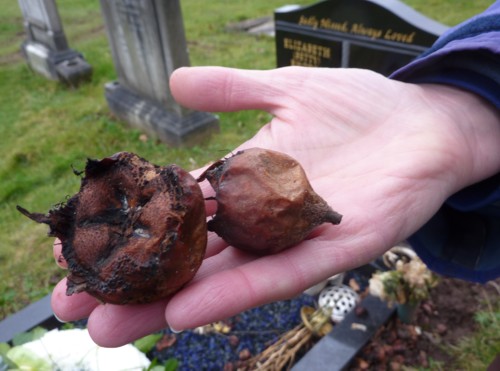 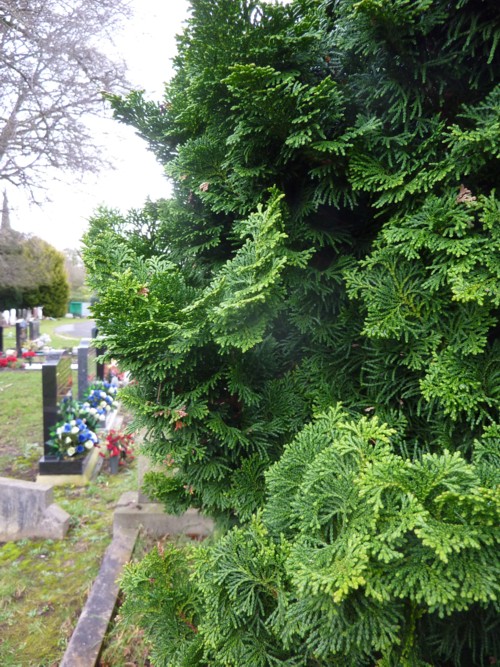 After lunch we cut across to Allerton Hall and walked by the Nature Reserve named after the MNA’s founder Eric Hardy. 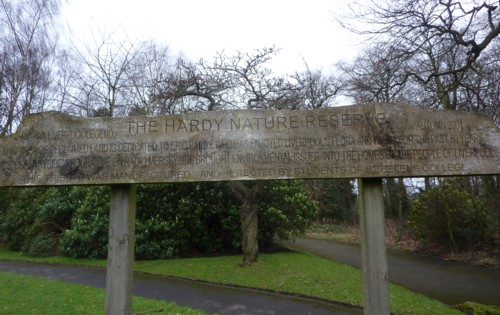 A huge fallen Beech tree is lying on the field. You can see how shallow the roots were, and they are all tangled with big hunks of sandstone. The Liverpool City Council tag identifies this as tree number 00280, one of the lowest numbers I remember seeing, so it must have been quite old. 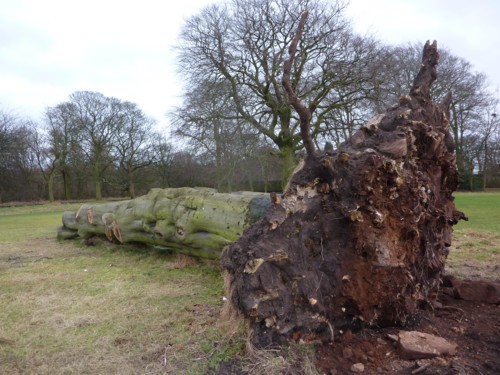 We crossed Woolton Road to Allerton Towers and spotted signs of spring  daffs shooting up and some early snowdrops in flower. Some Goldfinches were twittering in the shrubbery and there was a Blackbird on the lawns. Three tall Cypress trees have all been burnt on one side by vandals  a passer-by told us it was done eighteen months ago. Such a shame for such elegant specimen trees. 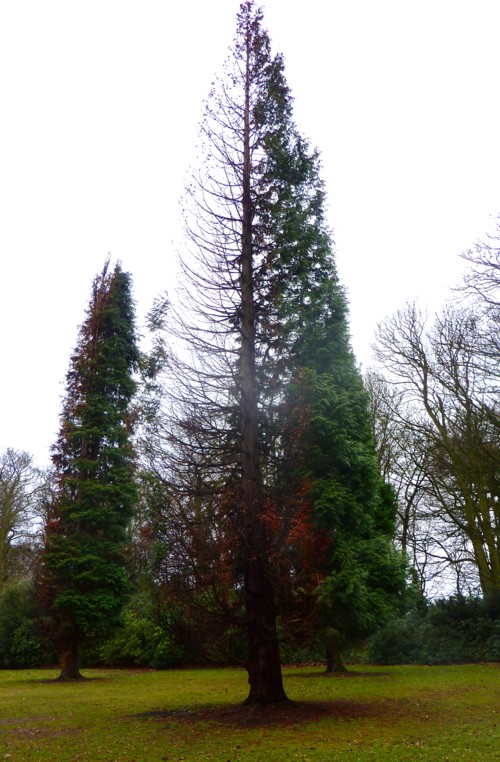 The similarly-vandalised Irish Yews near the orangery (which I mentioned in my post of 29 August 2010) have now all been trimmed back and are starting to sprout again. 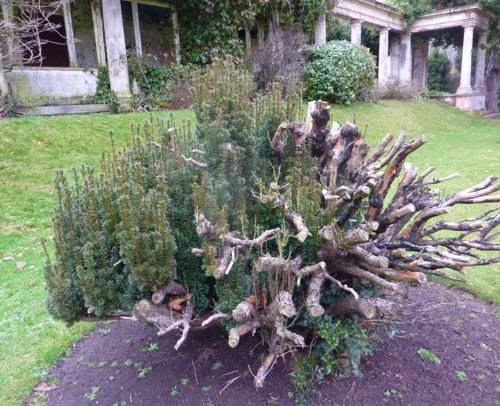 We went through the walled garden and emerged onto Menlove Avenue at about 2pm for buses home.