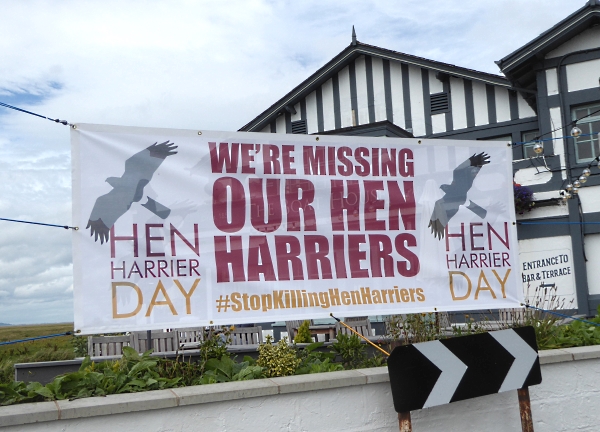 Sunday was a national day of protest to mark the opening of the grouse-shooting season and the associated illegal killings of Hen Harriers. Our nearest event was at Parkgate. The tide was out, but the marsh was surprisingly green despite the recent drought. We spotted Swallows chirping overhead, a pair of Herons, and there was a report of over a dozen Greenshank, but we weren’t looking that hard. We did see this Little Egret, though. 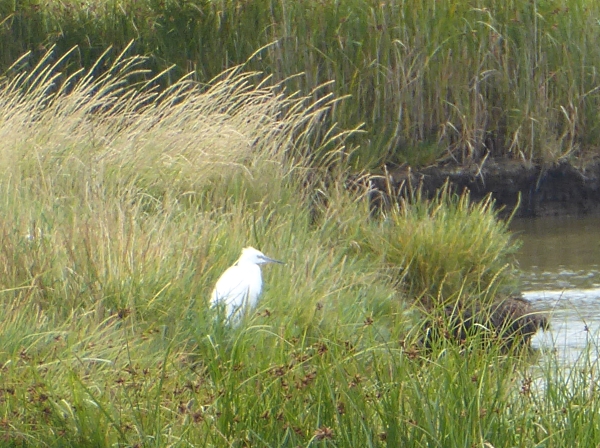 We had an early lunch in the garden of St Thomas’s church, then set off to the Old Baths area for the event. The RSPB, Cheshire Wildlife Trust and Birders Against Wildlife Crime (BAWC) had small tents set up and there were about 200 people, including several MNA members, milling about, buying raffle tickets and waiting for the speakers. 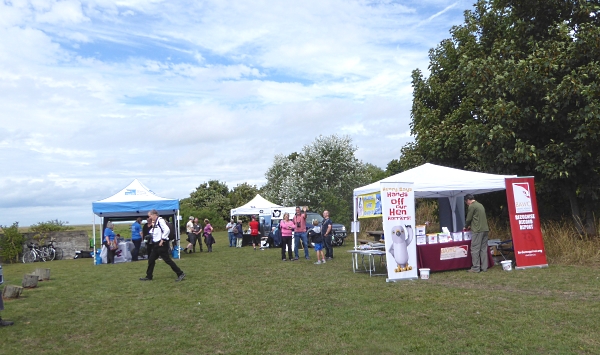 They included Iolo Williams, Mark Avery (blogger and former RSPB  conservation director), Jeff Clarke, someone from Burton Mere reserve, whose name I didn’t catch, and several others.  Mark Avery’s blog has a photo, and claims attendance of 300, making it one of the best-attended events in the country.

There were also a couple of non-wildlife distractions today. One was the Lost Castles Project – six cardboard-box castles dotted around Merseyside, designed by the French artist Olivier Grossetête. I spotted the one in Bootle North Park on my way in, and here’s the one in Williamson Square. Apparently two others had already collapsed after being weakened by the rain – the ones in Ashton Park West Kirby and in Knowsley Safari Park. By the end of the day, this one in town had also collapsed. 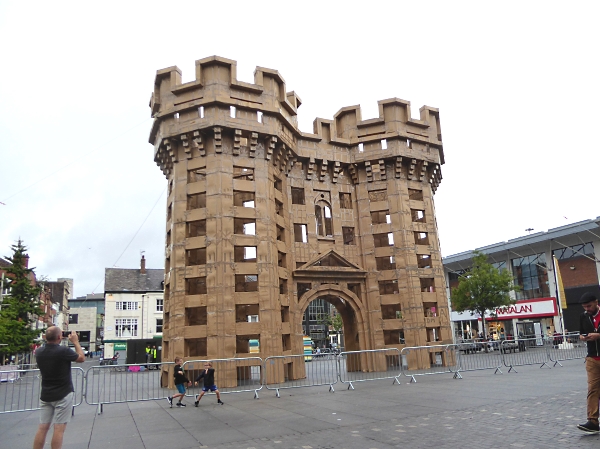 Some chartered vintage buses were coming in and out of Parkgate Mostyn Square, an orange and green Crosville and this lovely old Wirral blue-and-cream double-decker, which is the livery I remember from my childhood days out. 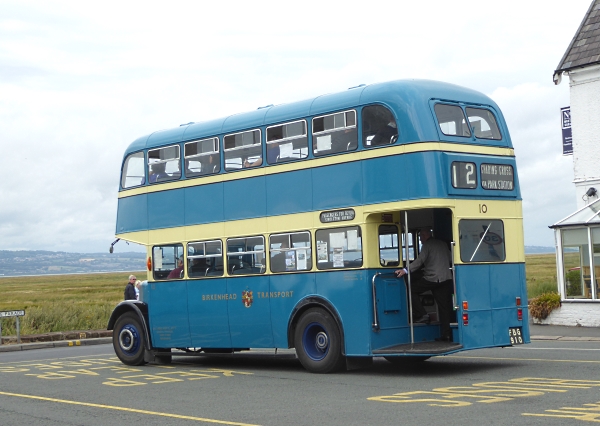