More bird spotting today, with a convenient high tide at Hoylake just after lunch, bringing the waders close inshore. Although the forecast was for heavy rain all day, in the event it wasn’t too bad, just very cold and blowy. 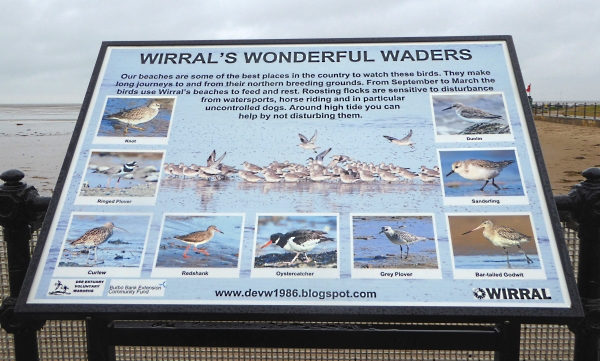 Only one tree tick today: in a pot outside a house in Manor Road was a pensioned-off but flourishing Christmas tree, a Norway Spruce, so that’s been added to the 2018 tree list. Then we walked down Hoyle Road and cut through Parade Gardens to North Parade, just north of the Lifeboat Station. The muddy sand was sprouting scattered tufts of Spartina grass and a solitary Redshank was pottering through the pools. Its old name is “Watchdog of the Marsh” because it calls and flies off at the least disturbance. 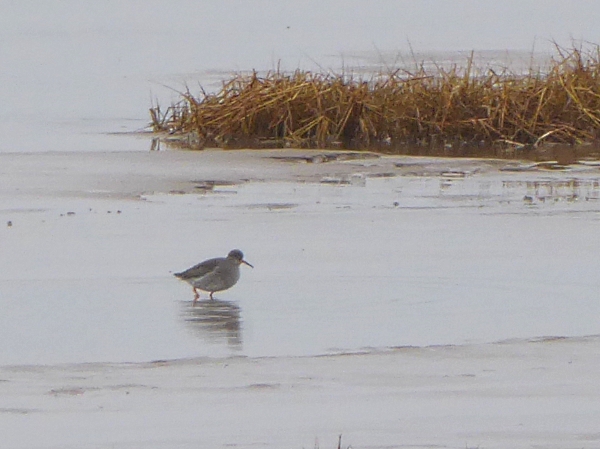 There is another kid’s pirate ship there, sister to the Black Pearl at New Brighton. Appropriately it’s called the Grace Darling. 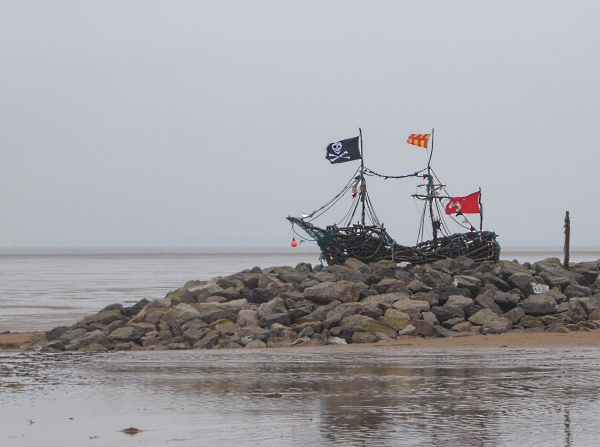 A flight of Knot went southwards as the tide came in from the right. Sanderlings ran along the waterline and some Shelduck sauntered past. 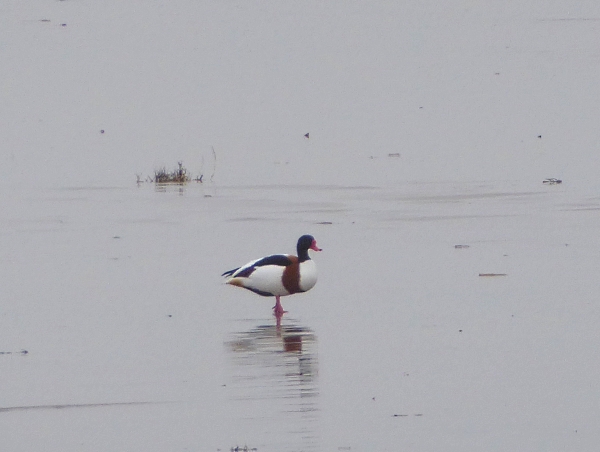 There were also two Curlews, and a Greater Black-backed Gull which hunkered down by a patch of Spartina. A large flock of Oystercatchers stood by a reflecting pool and Cormorants lined up on a sandbank in front of the wind turbines. 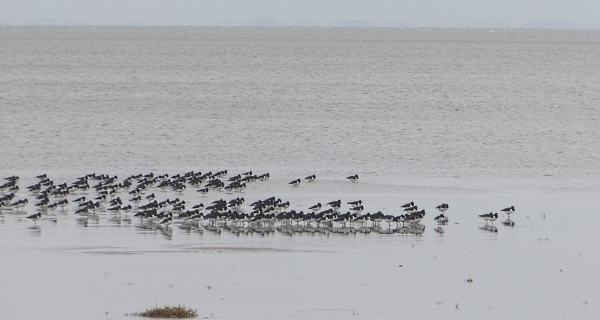 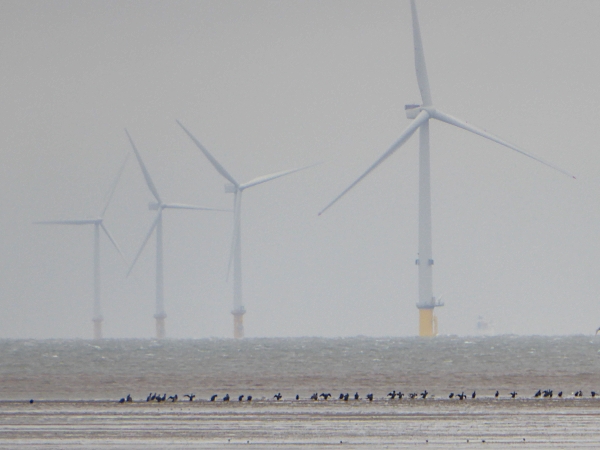 The weather began to close in, and as Hilbre Island was cut off by the tide it dimmed in the hazy drizzle. At the top of the slipway by the Lifeboat Station we rummaged in the line of Bladder Wrack, dumped there by the last high tide, turning up various bits of biology. At the bottom right of the picture of our finds is a Razor shell (not further identified), and an egg case of the Common Whelk, also known as a Sea Wash Ball, looking like a blob of bubble wrap. Above them are two kinds of “Mermaid’s purses”. The small light ones on the left with curly tendrils look like the egg-cases of the  Lesser Spotted Dogfish while the bigger, darker ones on the right could be from the Spotted Ray. See this ID key from the Shark Trust. 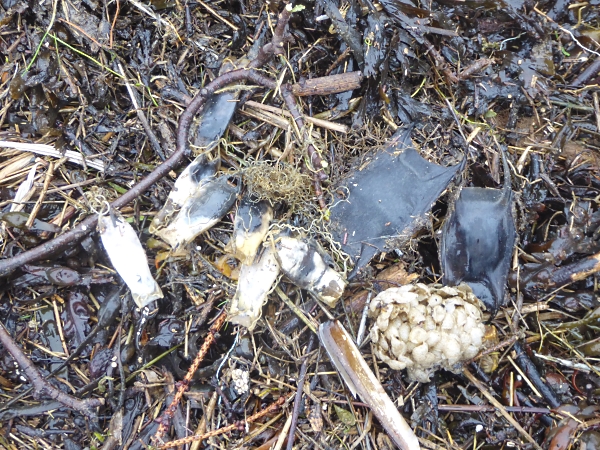 Margaret also found one small section of a different sort of seaweed, with bigger bladders. I think it’s Knotted Wrack or Egg Wrack Ascophyllum nodocum which has large individual bladders spaced along a flat frond. This short bit had just two bladders, each a couple of inches long. (Thanks to John for the loan of the 50p piece for scale). It’s common all around the North Atlantic coasts. 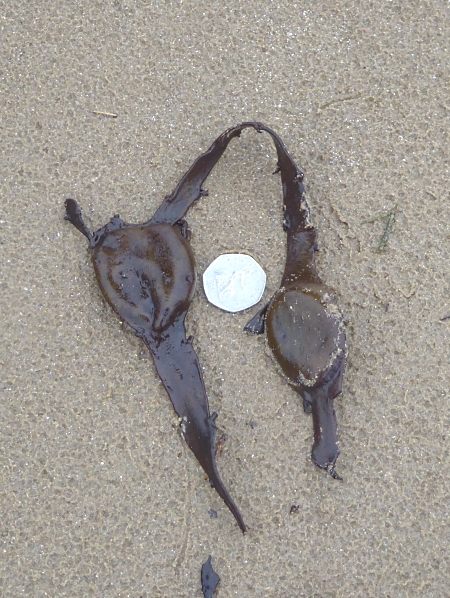 There were two Pied Wagtails on the pavement as we made our way northward to Kings Gap. The spits and spots of rain settled into a downpour so we were soaked and cold by the time we got to Hoylake Station. Today’s new sightings were one new tree and seven new birds for our year lists.

Public transport details: West Kirby train from Central at 10.35, arriving Manor Road at 11.00. Returned on the train from Hoylake at 2.04, arriving Liverpool Central at 2.35.