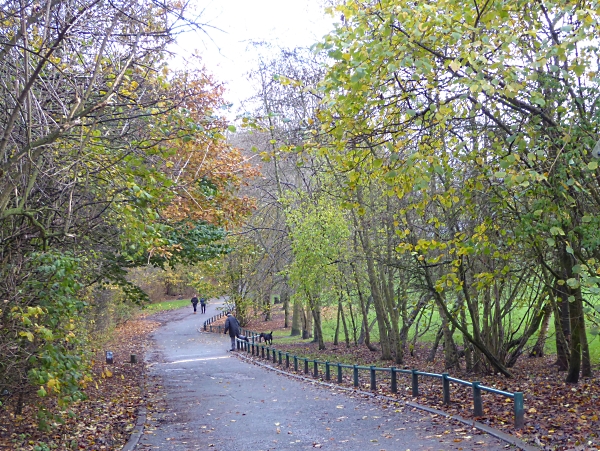 There was a brief hail shower as we left Lea Green Station, but by the time we had made the short walk to Sherdley Park it had passed over. By the Sustrans cycle path is a set of “portrait bench” metal sculptures featuring the endurance athlete and fundraiser Steve Prescott, the comedian Johnny Vegas and an anonymous glass blower. 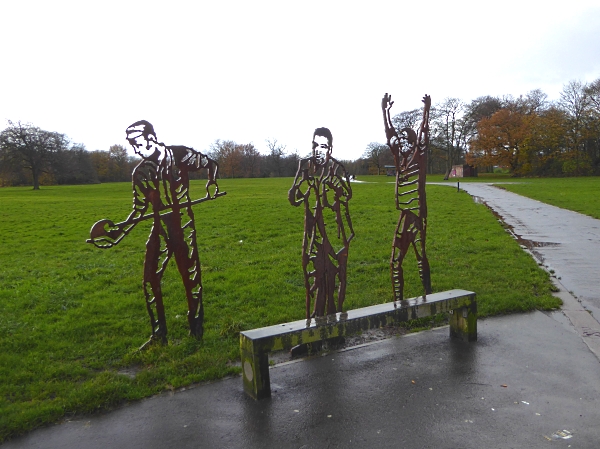 We headed for the small lake, but there were only Mallards and a supermarket trolley in it. However, we did see a Treecreeper nearby. A tall tree caught our eye, and the remaining dark red foliage on it clearly marked it as a conifer. It didn’t have the figured trunk of a Dawn Redwood, so we think it was a Swamp Cypress (which their website claims they have, but no location given.) 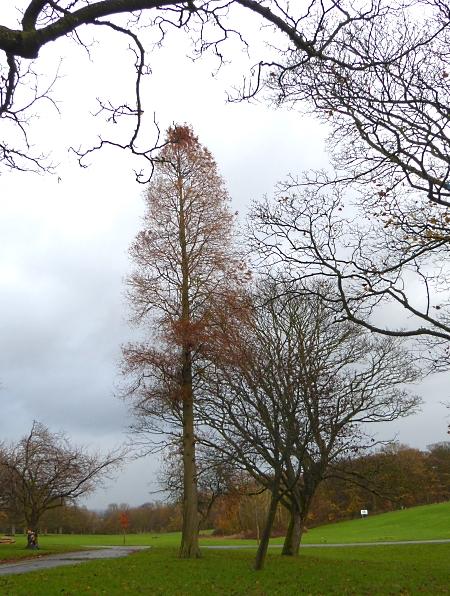 There used to be a Pet’s Corner in the park, with Wallabies, Rheas, and other birds and small mammals, but it was closed in February 2017. 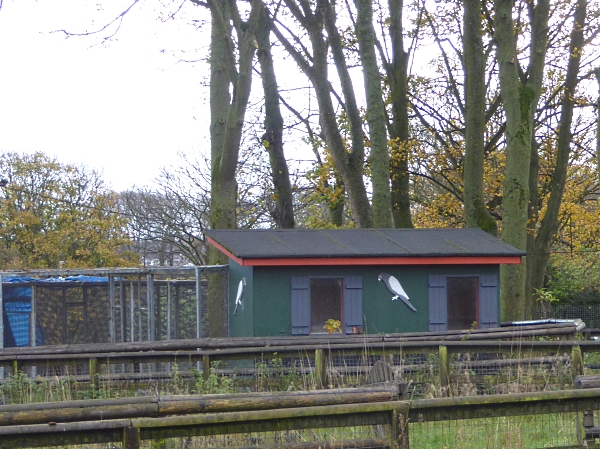 Some Goldfinches were twittering on Alder cones, joined by some Long-tailed Tits, while three Crows cawed at us from an overhanging branch. Despite the sun coming out, the open parkland was quite cold and bleak. We found an old metal shelter for our lunch and thought about leaving early. 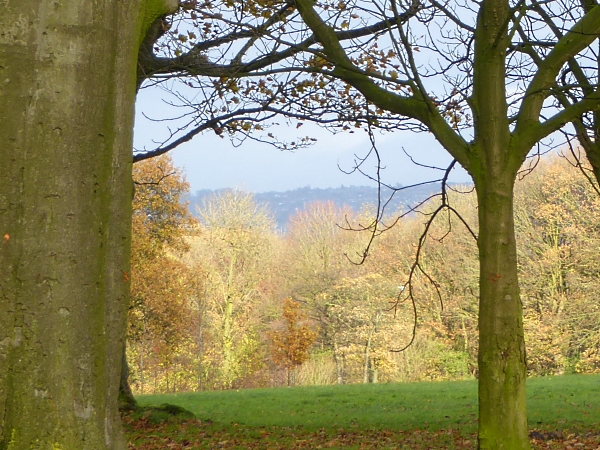 We decided to have a look at a woodland path heading northwards, and it was much more to our liking. Delph Wood, made up mostly of Beech, was sheltered from the wind and felt much more natural. It’s known as a good bluebell wood in spring, so we may return then. A mixed flock of Tits passed through, with a couple of Chaffinches, and John spotted a Buzzard flying off through the trees. The floor was carpeted with bronze Beech leaves, while the woods had occasional splashes of yellow from the Norway Maples and darker red from the Oaks.  One tree had striking vertically-cracked bark and yellow fallen leaves with long points. I have looked them up at home, and it WAS a Hornbeam, although the leaves we have seen recently have been much smaller. Many books say the bark cracks like this, too. 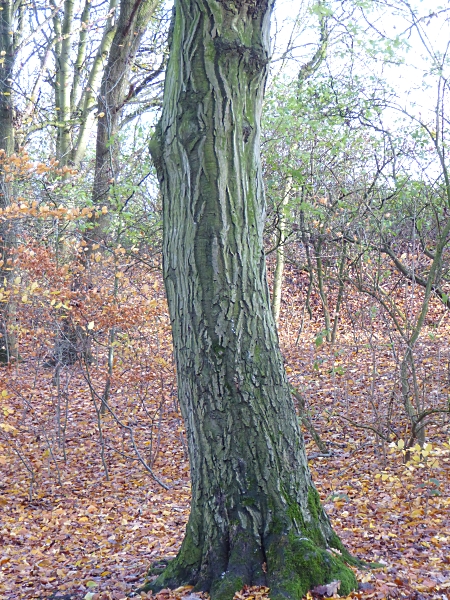 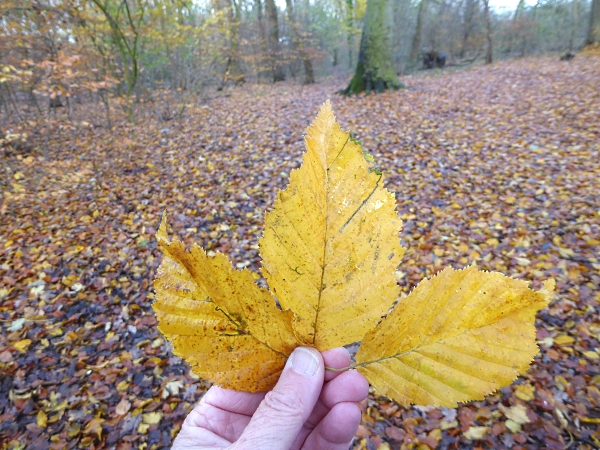 A stream runs through the wood, with little bridges over it, and some of the paths were very muddy, not all provided with causeways! 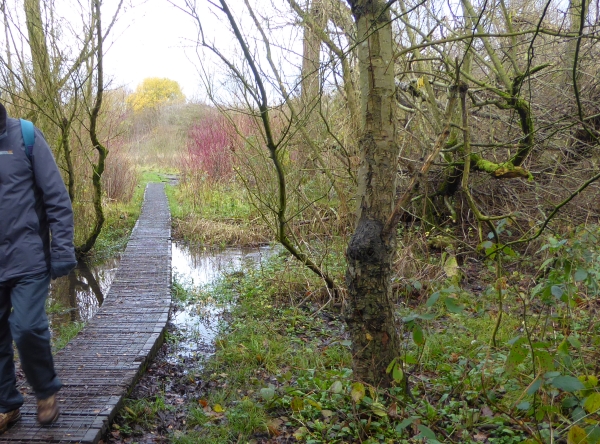 Another squall threatened, and the low sun provided a wonderful rainbow. It also lit up a young tree, perhaps a Rowan or Whitebeam, with white tips to its branches. 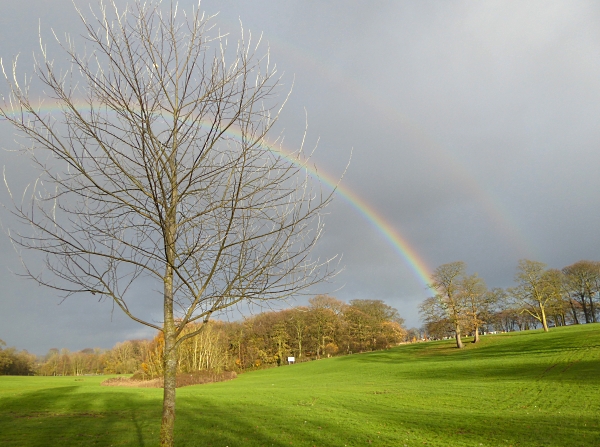